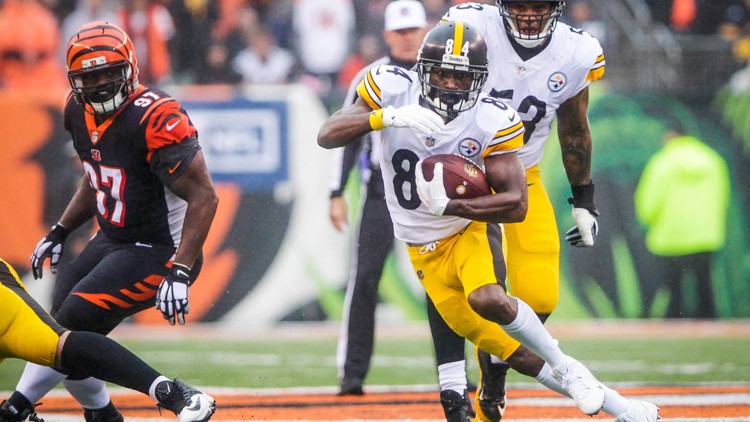 The Pittsburgh Steelers enter their week seven bye at 3-2-1. That’s not bad but it isn’t where many thought this team would be right now either. The players will get several days off before returning to work and starting the preparation for the Cleveland Browns. The coaches will get no such time off as they will be trying to figure out how to do some things better with 10 games remaining on the schedule. I don’t know about them, but I know I’ve got a ‘to-do’ list of my own in terms of what has to improve for the Steelers in 2018.

Inside Backers: The loss of Ryan Shazier has been overwhelming and it’s been as clear as a summer day that the front office did a poor job of preparing for his absence. Jon Bostic is a good football player but any thinking that he could replicate what Shazier did was not properly thought out. We saw L.J. Fort find some success on passing downs against Atlanta but he was out with an ankle injury this past week. He isn’t the answer either but Keith Butler and Mike Tomlin have to find better ways of covering backs and getting linebackers to drop deeper and faster in zone. The problem is that the only player capable of this is Matthew Thomas and there’s no sign that he’s ready to play.

Secondary: Let me start this off with a couple of tweets from a guy who probably knows a thing or two about NFL secondary play…

Burns has to guard the goal line and not be2 yards into the end zone!!!

It looked as though the secondary had things back on track after the win over Atlanta but yesterday proved that to be untrue. Artie Burns is just too inconsistent. He gives up penalties and gets himself out of position more than most corners I’ve seen. Coty Sensabaugh does not possess the ability to play anything other than ‘off’ the receiver and that hurts. Mike Hilton and Joe Haden have both been more than solid but both have missed time too. I do think Sean Davis has been fine at free safety and Terrell Edmunds, like many rookies, has had some good moments and some bad ones. They must get things straightened out though especially with Drew Brees, Philip Rivers and Tom Brady still on the schedule.

Screen Game: Quite frankly there’s little reason as to why this offense shouldn’t be better at screens to running backs and tight ends. The offensive line is athletic and able to get out and block but for some reason the timing and execution just isn’t there. If a screen turns out to be effective it is often due to a great individual effort by the pass catcher. This can be a much-improved part of the offense.

Deep Threat: Right now it’s really hard to argue with the success that Ben Roethlisberger is having. He leads the NFL in passing yards. But the lack of a deep threat has been glaring recently. So desperate is the offense that Roethlisberger actually threw deep to Justin Hunter (who had hardly seen the field) on the game-winning drive. It went incomplete and could have been picked off. Personally I don’t see how you go to a guy who has seen such little time in the game in a situation like that but I believe it speaks to the demand of a guy who can get deep. JuJu Smith-Schuster went deep and nearly made a terrific catch for a touchdown so perhaps that is an attempt at getting the lid off the top.

Kickoff Coverage: What seemed to be a unit coming together suddenly broke apart Sunday in Cincinnati. The Bengals got big returns giving their offense a short field. This put the Steelers’ Defense in a vulnerable spot before even getting on the field. If you watch the replays you’ll see guys just simply not disengaging from blockers soon enough. By the time they do, the returner is already past them. With a less than killer defense the kicking team has to slow teams down.

Jordan Berry: You can throw all the stats that you want to at me about how much better Berry is doing recently and I really don’t care. The only thing he does on a consistent basis is drop punts inside the 20-yard line. That’s important, I get it, but his inability to flip the field is hurting the defense and thereby the team. The Steelers already brought in a couple of guys once this season and I’d be surprised if they didn’t do it again during the Bye week.

Tomlin and his Red Flags: For the love of all that is holy can someone please take the red challenge flag away from Tomlin? At the very least, Tomlin needs a ‘higher power’ of sorts to help him with these decisions. Throwing the red flag on ‘spotting of the ball’ calls is so unlikely to be overturned… He needs help on when to throw the flag.

Keith Butler: I firmly believe Butler is nearing the end of his time as the Steelers’ defensive coordinator. I do not think it will happen until the offseason but it’s coming. Until then, Butler has to find rotations that work on both the defensive line and linebacker while also getting everyone on a similar page at least. The defense has been better in recent weeks but it still has significant issues that probably can’t be addressed with the current talent.

Danny Smith: How much more gum can he chew?

Randy Fichtner: The jury is still out on the first year offensive coordinator but I think he’s heading in the right direction. He’s gone away from the wide receiver screens of late and that’s a good thing. The two running plays he called at the goal line yesterday were very questionable as both were into the strength of the Bengals’ defense. It’s hard to argue however with the numbers his offense is currently generating though.

Kevin Colbert: Go find upgrades at cornerback and or linebacker. I hear Arizona is having a fire sale!

The red flag is a bigger problem than most realize. There were 2 instances were Connor broke the plan. The first one he scored on the next play. But that wasn’t the case the second time around. Costing them 4 points. On game day Tomlin main job is to manage the game. And for years this has been his greatest weakness. And don’t get me started with clock management. They need to assign someone to be in the booth and properly alert and advise him. It almost appears as if he’s guessing.