The National Football League is maddening. They’ve gone all-in to protect quarterbacks to the point where guys are fined for simply falling down near one. But while that is happening it is apparently OK for the league’s biggest thug to target players without repercussion. Initially, Ian Rapoport of the NFL Network said the NFL wouldn’t be looking into the actions of Vontaze Burfict in Sunday’s game. But now Adam Schefter is reporting that the league is reviewing three incidents from the game. The skeptic in me believes that the NFL will not find Burfict responsible for anything and will instead find three different incidents involving other players but does it really matter? Suspensions have not deterred his behavior nor have fines. So what’s the next step? How about a year long suspension? How about that he can’t play in divisional games? Maybe he can’t play against the Steelers? I really don’t know what will come of this but for players like Marcus Gilbert and David DeCastro to publicly say Burfict needs to be suspended tells me how serious this issue is. The whole thing reeks of hypocrisy though doesn’t it? T.J. Watt is fined $20,000 for falling into a QB’s leg. Burfict will likely get a “talking to” by the league for purposely trying to injure players. Time to show your face Roger Goodell.

No press conference for Mike Tomlin this week with the team on the BYE.

Tweet of the Day… Really great photo here from Peter Diana at the post-gazette.

As I expected, Le’Veon Bell did not show up yesterday. He’s playing many people for fools with this constant lying about when he’s going to show up. My bigger concern with him is that he’s going be a major cancer when he does finally show up which will no doubt be week 10. There’s no way he walks into that locker room without some serious shade being thrown his way. If James Conner continues on his current pace I hope with everything I’ve got the Bell never sees the field. I’m over him.

If you are still buying into the “The Ravens aren’t that good hype” then you aren’t paying attention. They shut out Tennessee on their own field Sunday 21-0 and recorded 11 sacks. If the Steelers don’t win in Baltimore in three weeks then you can forget about the division. The Ravens get both Cleveland and Cincinnati at home as well.

The Bengals’ Dre Kirkpatrick said after the game Sunday that he still thinks the “Bengals are the better team.” I’m sure much of that was said out of frustration but it’s also a really stupid thing to say. Here’s why…

In @DreKirkSWAG's time with the #Bengals he's 3-11 vs the #Steelers, including being 1-7 when playing in Cincy. But Pittsburgh "isn't better than tbem." Ok, sure. Keep telling yourself that, Dre. pic.twitter.com/gAvlMNjiTk 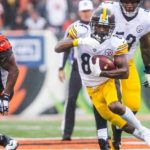