Steelers Will Face a Rested and Resurgent Bengals’ Team 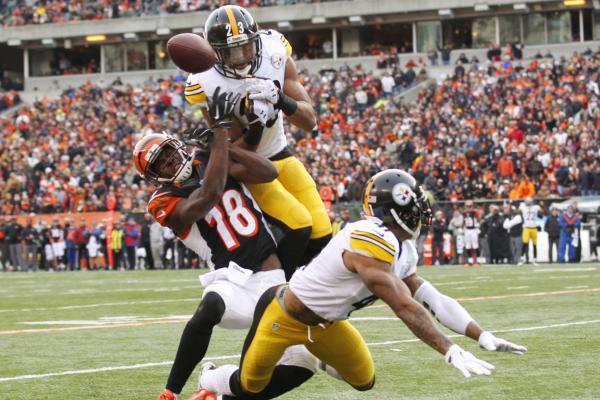 The third and final AFC North opponent the Steelers have faced this season comes into Heinz Field this Sunday and it’s a far different team than the one that started the season 0-2. The Cincinnati Bengals are 2-3 and they’re coming off of their bye week which will have given them one more week to prepare for their arch rivals.

Make no mistake about the Bengals; the record is a bit misleading. After elevating Bill Lazor to offensive coordinator, the offense has taken off. After averaging just 4.5 points in their first two games (losses at home to Baltimore and Houston), the Bengals have ramped things up to the tune of 25 points per game over their last three. They went 2-1 and quite frankly should have won in Green Bay but lost in overtime.

Lazor has also figured out ways to make Andy Dalton better as well. In his first two games Dalton registered QB ratings of .07 and 29.1. In his last three outings he’s averaging a QB rating of 70.7. Getting the ball out quicker and to his running backs has helped increase that stat as well as his completion percentage. It’s also helped take pressure off of his offensive line which has come together a bit despite being one of the weaker units in the league.

The Bengals under Marvin Lewis have struggled against the Steelers and that’s putting it mildly. What makes things tougher for the striped bunch is that they are also 5-8-1 after the bye week under Lewis and he’s lost seven of the last eight against Mike Tomlin. That would seem to bode well for the Steelers.

What also should bode well for the Black and Gold is that Dalton has traditionally struggled against them. The interior push of Javon Hargrave, Stephon Tuitt and Cam Heyward should force Dalton into early throws and potential mistakes but the Steelers cannot rely on that alone.

A.J. Green is still A.J. Green and Giovani Bernard has always been a bit of a thorn in the side of the Steelers. Throw Joe Mixon into the mix and you’ll need to tackle well if you’re the Steelers. That’s something they did well last week so hopefully it continues.

Do I expect the Steelers to win Sunday? Of course I do but I don’t expect it to be easy. Look for the Bengals to be well-prepared, well-rested and ready to go.