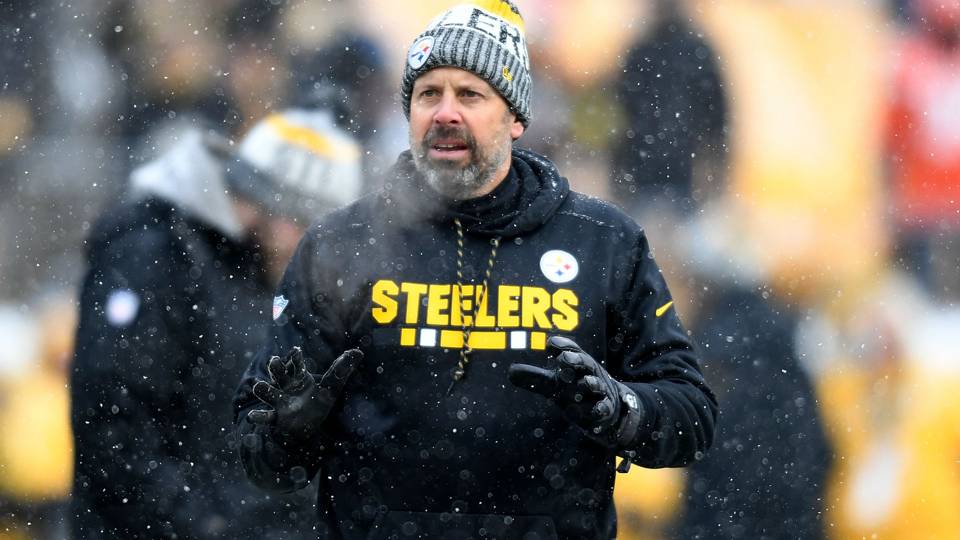 Todd Haley’s contract was set to expire at the end of the 2017 season. The Steelers, who typically renew coach and player contracts with 1 year remaining, did not extend Haley before the 2017 season began. This was a harbinger of things to come and today the news came out that Haley would not be retained as the offensive coordinator moving forward into 2018. To be clear – the Steelers did not fire Todd Haley. Haley’s contract expired and it is not being renewed. The organization is allowing him to walk (well, as much as one can walk with a broken pelvis) and become a free agent on the coaching market.

For some Steelers fans, this news was the equivalent of Gerald Ford’s 1974 inauguration speech.

God, forgive me for ever doubting you cared. https://t.co/23ycoDEzz7

Haley was the Steelers offensive coordinator for 6 seasons, taking over in 2012 after the “retirement” of Bruce Arians. In direct comparison to his predecessor, Haley’s offenses were more successful in nearly every statistical category.

Steelers Quarterbacks had a QB Rating of 93.7 under Haley, a slight improvement over the 92.8 with Arians at the helm.

On the whole, Haley’s offenses averaged more points, more yards per game, more yards per play, had a higher QB rating, and allowed fewer sacks than his predecessor. That being said, Haley’s shortcomings came on the personal and situational sides. There were reports from the time of his hiring about friction in his relationship with his quarterback and others in the locker room. There was the story about him being out drinking at a hotel bar the night before the 2013 season opener when the Steelers managed a measly 9 points against the Tennessee Titans. Of course, there was also the altercation at Tequila Cowboy just two weeks ago on New Year’s Eve. In addition, Haley drew the ire of Steelers fans for getting “too cute” in numerous situations – particularly in the red zone. Haley failures at coaching situational football reared their head this season against New England when he failed to give the offense two plays in the event of a running clock after the Jesse James touchdown was overturned.

So where do the Steelers go from here? News broke this morning that Offensive Line Coach Mike Munchak turned down the opportunity for a second interview with the Arizona Cardinals for their head coaching job. While Munchak has previous head coaching experience with the Tennessee Titans, he has never been a coordinator in his coaching career. It is possible (and it should be noted this is purely speculation) that with the rumors of defensive line coach John Mitchell’s potential retirement, that Munchak could be in line to take over Mitchell’s spot as Assistant Head Coach. Most reports seem to be focusing on Quarterbacks Coach Randy Fichtner as the leading candidate to replace Haley.

I'm hearing @Steelers QBs coach Randy Fichtner is front runner to replace Todd Haley as offensive coordinator if/when change is made. Nothing official to my knowledge so we'll see how this plays out.

Fichtner would provide some consistency within the offense as he is already a known commodity in the coaching room and has a rapport with current players. With Ben Roethlisberger committing to playing next season, having consistency within the offense (and not forcing the players to learn an entirely new language of terminology) would be a benefit to sustained success. Hiring anyone other than Fichtner would change the offense or force that outside candidate to adapt to what the Steelers have in place both conceptually and with terminology. At this point in Ben Roethlisberger’s career, neither is ideal. Hopefully whomever is hired as the next offensive coordinator will be able to build upon the successes that Haley had and overcome the shortcomings of the offense (such as installing a QB sneak in the playbook and make better situational play-calling decisions).

Todd Haley Will Not Return As Steelers Offensive Coordinator was last modified: February 4th, 2018 by Ian

SCB Steelers’ Quick Hitters: The “That Was Useless” Edition 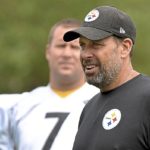 First why would you want continuity with something that didn’t work.[stop doing the same shit that doesn’t work] Second the biggest weakness is this stigma that it takes years to learn our super complex system. Third we better start learning to change our style to take advantage of our opponents weaknesses. In short our biggest strength is our weakness we are who we are “the standard”. It will only get us as far as we have gone recently. The inability to adapt and use our strengths against your weakness. Has gave our opponents an easy game plan to attack us on defense and a jeez thanks for not drilling us on offense. TEAMS ARE THANKING US FOR THIS

Okay folks you all got what you wanted from literally day 1 so now when the Steelers lose the first time next season I don’t want ANYBODY blaming Haley for it. The way i see it every Steeler Fan better pray the Steelers have the same consistency on Offense next season otherwise you will hear from me bashing any and all Steeler Fans regardless of what Steeler Website it is. My last statement was a warning to every Steeler Fan that will listen. I don’t care that Haley and Ben didn’t get along i really don’t cause a wise coach once said: “I have to be the bad guy because people get complacent”. Take to heart the quote i just gave you and heed my warning. You wanted Haley now he’s out just complain about it being his fault when the Steelers lose a game next season.

Im not taking anything to heart, I love the Steelers,
you can say what you want it doesnt bother me.
If Haley was such a good OC
Why coudnt we score in the red zone, why did we always have to settle for FG????
Diehard Steelers fan Win or
Lose.

Your right about the RedZone Barb Gregrio but it doesn’t change anything. There are countless fans who wanted this move to happen and now I ask the Steeler fans this question are you going to blame Hailey when the Steelers lose a game or will you blame the new guy? Don’t answer the question Barb cause i already know what the answer will be.

People quite frankly were sick of all the 1 yard passes, reverses on the goal line, no imagination in regards to play structure. I know i’m not the only one that said WTF after watching his play calling. His numbers are slightly better than Arians but that was a defensive based team. He has wasting TOO many years of this talent rich team. The last game was a classic example anyone could tell the minute Ben started doing his own thing. Because we scored.