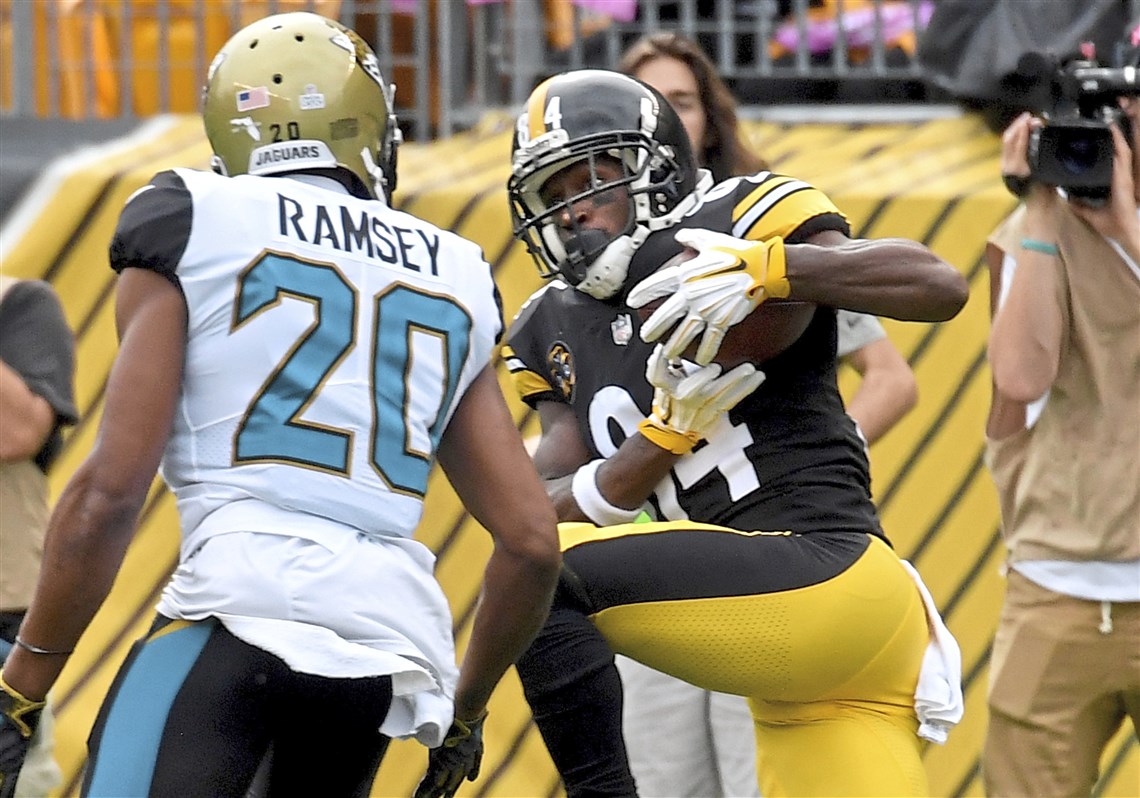 Ah the Red Zone… A place that can offer such euphoria for some teams and downright misery for others. In this weekend’s AFC Divisional Playoff Game in Pittsburgh between the Steelers and Jacksonville Jaguars, this highly crucial area of the field could be the ultimate ‘decider’ in the outcome of the game.

The Jags enter the game fresh off a 10-3 win over Buffalo in which they held the Bills to just 0 for 1 inside the Red Zone. OK, not a huge stat to base much off of but considering the Bills only entered the Red Zone once speaks of both the dominance of the Jags’ D and the futile nature of the Bills’ offense (they entered as the 21st best team in terms of scoring TDs in the RZ).

Don’t pump up your chest too much Steelers’ fans because for the season, the Black and Gold ranked right behind Buffalo in that category. Making matters worse is that the Jags held Pittsburgh to a whopping 0 for 3 in the Red Zone in their October game in Heinz Field. Jacksonville went on to win 30-9.

The Steelers had a TD success rate in the RZ for the 2017 season of just 50.79%. The good news is that over the last three games, they increased that to 61.54% so perhaps things are getting better at the right time. I am of the opinion that the Steelers’ offense has too many weapons for Red Zone ineptitude to continue. With that talent comes the play-calling and the execution. Both must be good on Sunday.

Jacksonville boasted the second best Red Zone defense in the NFL in terms of touchdowns allowed in 2017. The Jags’ surrendered TDs on just 37.93% of opponent’s trips to the RZ. That number (44.44%) has grown slightly over their last three games where they went 1-2 with a blowout over Houston and losses to San Francisco and Tennessee. In the loss to San Francisco, they gave up scores on four of the Niners’ six trips into the RZ while in the loss to the Titans they were 2 for 2.

Steelers’ Offensive Coordinator Todd Haley tends to break from what works in the RZ and that can’t happen here. He’s known to see his offense throw at will down the field only to hit the brakes with a couple of runs that leave the unit in third and long. He has to stick with what is working and cannot overthink his personnel either. Doing that often results in using precious timeouts and leads to the wrong groupings being on the field.

While Red Zone play doesn’t always dictate outcomes it more often than not is a major reason why teams win and lose especially in the postseason. The Steelers have to make sure they come out with a better result than they had back in October.

Steelers’ O vs Jaguars’ D in the Red Zone Could Be the Deciding Factor was last modified: January 11th, 2018 by Steeldad
#Bills#steelersAFC Divisional PlayoffsJaguarsPittsburgh SteelersTodd Haley

SCB Steelers’ Quick Hitters: The “How Bad Is It Artie?” Edition