Pittsburgh Steelers’ wide receiver Eli Rogers who is currently on the PUP list, was informed that he is suspended for week one of the season for violating the NFL’s substance abuse policy. There is no word on what the substance was but at his point it really doesn’t matter. Rogers is battling back from a torn ACL he suffered at the end of 2017. After dipping his toes in the free agent waters, he signed a one year deal to stay in Pittsburgh. If things remain as I believe they are, Antonio Brown, JuJu Smith-Schuster and James Washington are going to get the bulk of the snaps so at best Rogers is a slot in a four-wide formation. Now that may not happen right out of the gate but as the season goes I believe it will. Where will Rogers fit? He’s got knowledge and experience on his side but he’s got a tremendous amount of work to do.

Nice to see (and totally expected by the way) Ben Roethlisberger take the high road when asked about Jalen Ramsey’s comments. Big Ben has been around too long to pay any attention to this kind of crap.

Surprising to see the Bengals let George Iloka go. Always a hard-nosed player. Has he been let go last year at this time I would have been beating a drum to get him. Maybe he can play linebacker? (Looks like he’s signing with the Vikings)

Another ‘solid’ Instagram post the other day by Le’Veon Bell who appeared to be a bit inebriated while holding a bottle of something. When Bell returns, I will cheer for him because his success means success for my team. But when he’s gone, I’ll be more than content with it.

Has any rookie been more quiet than Marcus Allen? At this particular point, Allen is in no way guaranteed to make this roster. Practice Squad may have his name all over it.

Again I caution you… Do not read too much into the latest depth chart released by the Steelers this week. Quite often these are used as motivation for some players and for other players they mean absolutely nothing. I guarantee you that there will be significant changes coming so breathe easy and move along. 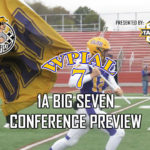 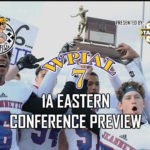