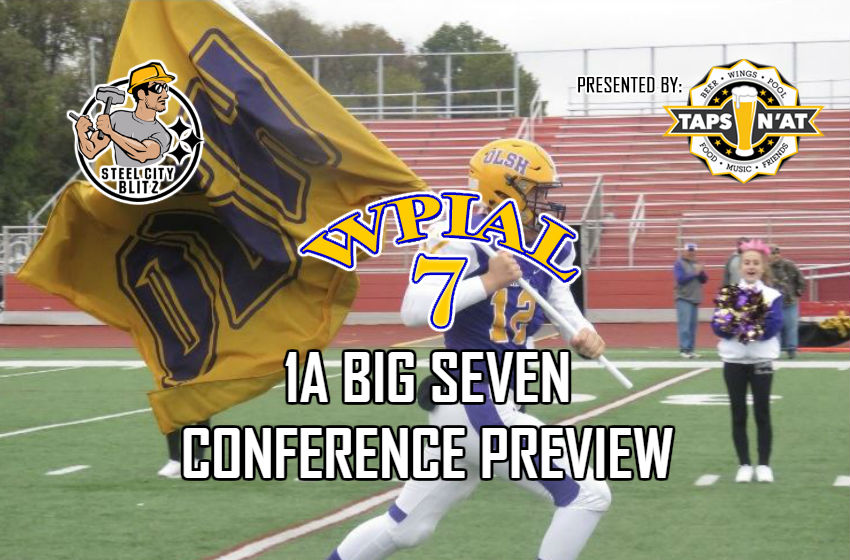 The competition in Class 1A got a lot tighter this year. In total, the classification has 2 fewer members than last cycle, but in practice a lot has changed. Rather than 16 teams making the WPIAL playoffs as did the last two years, only 8 teams will qualify this year. This means that only the top 2 teams in each conference are guaranteed a playoff spot. The two best third place teams will receive the last two playoff spots. Similar to how 3A was structured the last two years, no teams that finish 4th or below in their conference will make the playoffs. On top of all that, the 1A WPIAL Championship Game will once again be played at Heinz Field. In the Big Seven Conference, both OLSH and Rochester reached the quarterfinals last year. Laurel joins the conference after moving down from 2A and Bishop Canevin was realigned from the Eastern Conference.

The Chargers made their first playoff appearance in school history in 2016 and followed it up by earning their first playoff victory last season. Both postseasons ended at the hands of Imani Christian. A trio of seniors return who could make OLSH one of the most explosive offenses in the entire WPIAL. At quarterback, Tyler Bradley returns for his senior season after throwing for 2757 yards and 31 TDs. Bradley is the WPIAL’s top returning passer and has thrown for 4,797 yards and 51 TDs in his career. Richard Banks led the team in rushing (1137 yards) and was second in receiving (809 yards) and scored 22 times last season. Leading receiver Andrew Schnarre (904 yards, 8 TDs) also returns along with 6’3″ Ricco Tate (531 yards, 8 TDs). OLSH is stacked with playmakers and has the talent to not only repeat as conference champions but to make a deep run in the playoffs.

The Rams put together a solid 2017 campaign but two narrow losses left some wondering what could have been. In Week 6, Rochester lost by 3 to OLSH which cost them the outright conference title. After defeating West Greene in the playoffs, they fell in the quarterfinals to eventual state champion Jeannette by just 4 points. This was the second straight year the Jayhawks ended Rochester’s season. The Rams had two running backs break the 1000-yard mark last season, but both graduated. Their ground-and-pound attack will fall now to a pair of riwsing seniors. Darius Goosby (514 yards, 7 TDs) and Noah Whiteleather (434 yards, 4 TDs) both averaged over 6.6 yards per carry. Whiteleather is also the team’s top returning receiver after accounting for 119 yards. Rochester does not like to throw the ball and averaged just 5 pass attempts per game last year. With only 6 seniors graduating, they have the experience to make another run at the conference title.

The Vikings have made the playoffs each of the last two seasons but have not won a playoff game since falling to North Catholic in the 2013 WPIAL Championship. Sto-Rox rebounded from an 0-6 start last year to win 3 of their last 4 games to make the playoffs. Junior QB Eric Wilson will lead the way after throwing for 970 yards and 9 TDs while splitting time last year. Wilson already has an offer from Howard. The top returning offensive skill player is Amahd Pack who had 170 rushing yards, 323 receiving yards, and scored a team-high 6 TDs. Senior WR Amir Austin had 199 yards and 3 TDs. The Vikings also return all of their starters on the offensive line and look to build upon their strong finish to 2017 with another run at a playoff berth.

The Spartans made the playoffs each of the last two seasons in 2A. Last year, they lost 6 of their first 7 games but bounced back to beat New Brighton and Carlynton in the last two weeks to clinch a playoff spot. Now, they move down to 1A looking to build on that momentum. Junior Will Shaffer was the team’s leading receiver (294 yards, 5 TDs) and also split time at quarterback (361 yards, 3 TDs). If Laurel wants to use the 6’4″ Shaffer to create mis-matches on the outside, they can slide in junior Dom Wade at QB who saw some spot duty last year. Fellow junior Daniel Blank is the top returning rusher after running for 453 yards and 2 TDs. Laurel has only 5 seniors but has a number of sizeable linemen that should be a force to be reckoned with on both sides of the ball.

The Crusaders endured a tumultuous offseason in 2017 where a number of players they expected to be key contributors transferred. Bishop Canevin was able to put together 3 wins and earn their 3rd straight playoff appearance. Senior Jon Ruffing took over at quarterback in Week 5 and proved to be a dual threat. Ruffing threw for 419 yards and 5 TDs and ran for 324 yards and 3 more scores. Leading receiver Brian DeSchon (205 yards, 3 TDs) started the year at quarterback but proved to be better suited on the outside. All of Canevin’s top rushers other than Ruffing graduated, so they will need to find someone to fill that role.

The rebuilding process of the Cornell program got over the hump last year and secured a victory. Cornell ended their program in 2012 and entered into a cooperative agreement with neighboring Quaker Valley for their students to play on the Quaker Valley team. With the move to 6 classifications in 2016, that agreement ended and Cornell re-started their program. After suffering through a winless 2016, the Raiders showed improvement in 2017 which was capped off by a Week 9 victory over Northgate. Only 3 seniors graduated from last year’s team, meaning the building blocks for future success are in place. Dual-threat QB Zaier Harrison threw for 1176 yards and 10 TDs and ran for 261 yards and 4 scores last year. Leading receivers Jaylen Lee (363 yards, 1 TD), Eric Olexa (336 yards, 3 TDs) and Justin Walsh (269 yards, 2 TDs) all return. Tymir Fisher figures to take over the lead back role after accounting for 327 yards of total offense and scoring 3 times. The arrow is pointing up for Cornell as they continue to rebuild their program.

After making just 2 playoff appearances between 1980 and 2011, the Scotties have reached the postseason in 3 of the last 6 years. Unfortunately, Union graduated 7 seniors (including their top offensive skill players) from a team that went 8-4 and knocked off Fort Cherry in the first round of the playoffs. Junior QB Tyler Benedict will take over under center. Benedict has starting experience from two years ago as a freshman when he was forced into duty because of injury. He will be joined in the backfield by fellow junior Michael Flowers who ran for over 800 yards and 12 TDs last season. Sophomore lineman Aaron Gunn has already attracted the attention of D1 schools based on his 6’4″ 300-pound stature.

The Flames had high hopes heading into last season which were derailed by a series of injuries and suspensions. After a 2-2 start which included a 1-point loss to Shenango, Northgate stumbled and lost their last 5 games. Senior QB Eric Hogan missed time due to injury last year and threw for 332 yards and 2 TDs and ran for 231 yards and 3 TDs. Junior Christian Davin stepped in at QB after Hogan was injured and threw for 563 yards and 4 TDs. Leading receiver Jacian Sustayata (404 yards, 2 TDs) was only a sophomore last year. Senior Anthony Barbarino (304 yards, 5 TDs) is the top returning rusher.