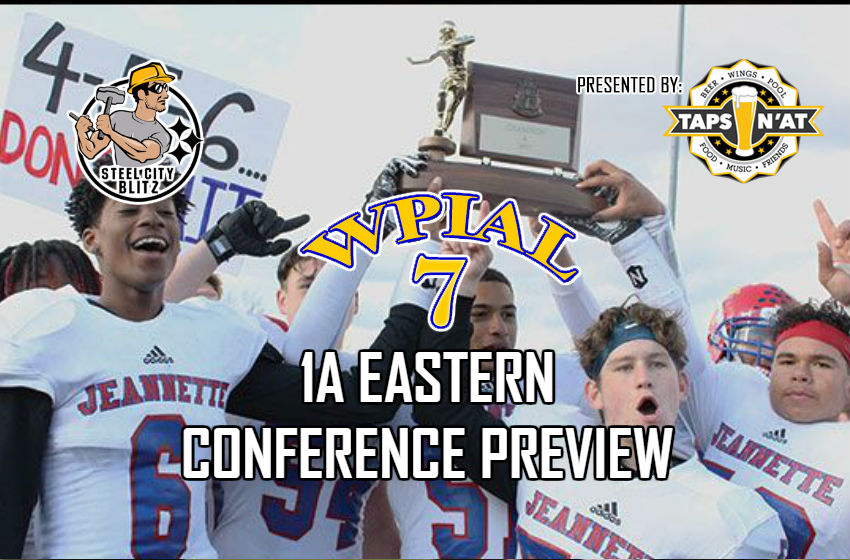 The competition in Class 1A got a lot tighter this year. In total, the classification has 2 fewer members than last cycle, but in practice a lot has changed. Rather than 16 teams making the WPIAL playoffs as did the last two years, only 8 teams will qualify this year. This means that only the top 2 teams in each conference are guaranteed a playoff spot. The two best third place teams will receive the last two playoff spots. Similar to how 3A was structured the last two years, no teams that finish 4th or below in their conference will make the playoffs. On top of all that, the 1A WPIAL Championship Game will once again be played at Heinz Field.

The Jayhawks entered the WPIAL semifinals last year with a 43-1 record against everyone not named “Clairton” since moving down to Class A in 2014. Unfortunately, they were also 0-6 against the Bears in that time. But Jeannette won a tough semifinal and (literally) slayed the Bear, paving the way for a run to their first WPIAL and State Championship since Terrelle Pryor’s senior year in 2007. Seth Howard joined the team in Week 3 last season and played all over the field at quarterback (668 yards, 7 TDs), running back (383 yards) and wide receiver (158 yards) and scored 11 times. When Jeannette needed a spark in the playoffs, they moved Howard to quarterback and immediately the offense sprang to life, spurring a comeback victory over Rochester then carrying them past Clairton and Imani Christian. Leading receivers Marcus Barnes (566 yards, 10 TDs) and Isaiah Winters (218 yards, 5 TDs) return for their senior seasons. Barnes has a handful of offers from FCS schools. Junior RB Imani Sanders (396 rushing yards, 276 receiving yards, 13 total TDs) figures to see his role increase. All in all, the Jayhawks have the talent to make another run at the WPIAL title.

Clairton’s run of 3 straight WPIAL titles came to an end last season when they lost a hard-fought 18-7 semifinal to Jeannette. The Bears have made 12 straight playoff appearances and have won 9 WPIAL titles, losing in the semifinals the other 3 years. Clairton saw 14 players graduate, including a number of key contributors, and have just 4 rising seniors this season. Brandon Parsons took over at quarterback last year as a sophomore, throwing for 1044 yards and 12 TDs. He will be joined in the backfield by fellow junior Aaron Thompson who ran for 611 yards and 12 TDs last year. Sophomore Isaiah Berry figures to see an increased role in the backfield after averaging 6.4 yards per carry last year. Leonard Robinson is the top returning receiver after accounting for 141 yards and 1 TD last year and will anchor the defense at linebacker. Clairton has the athleticism and talent to make another run at the conference and WPIAL title. Their biggest challenges will likely come from defending state champions Jeannette and WPIAL runners up Imani Christian in their own conference.

The Saints put together an historic campaign last season by making a run to the WPIAL Championship and coming up just a point short on a failed 2-point conversion with 2 minutes left. While their three top offensive players graduated, the Saints are still stacked with quality players and poised to make another run. Senior Israel Reed was the backup QB last year but still saw a significant number of snaps, throwing for 836 yards and 10 TDs and running for 310 yards and 6 more scores. Second-leading receiver Rahmon Hart (978 yards, 11 TDs), a Ball State-commit, also returns for his senior season. Brian Yates has drawn some D1 interest at linebacker and had 129 yards and 4 TDs as a receiver last year. Two-way lineman Isaiah Clark has also drawn D1 interest.

The Dynamos might be the team most impacted by this WPIAL realignment cycle. Springdale has reached the playoffs in 15 of the last 16 seasons, but will have to finish in the top 3 of the conference in order to keep that run alive. This means breaking through the triumverate of Jeannette/Clairton/Imani. That will be a tall task for a team that graduated 18 seniors. The Dynamos tend to be a run-heavy team but their top 4 rushers all graduated. This means a heavier load may be placed on Senior QB Josh Jones (654 yards, 7 TDs). Springdale will likely use a running back by committee approach with juniors Christian Vokes, Brandon Green, and sophomore Cavin Kindler.

The Centurions have not made the playoffs since the WPIAL moved to 6 classifications, breaking a streak of 13 consecutive appearances. GCC had one of the worst defenses in the conference last year, giving up over 36 points per game. Senior QB Max Pisula threw for 913 yards and 6 TDs while missing a few games due to injury. Pisula was also the team’s second-leading rusher with 100 yards and 7 TDs. Leading rusher Tom Voelker (723 yards, 2 TDs) is a rising junior and should make for a solid tandem with Pisula in the backfield. The Centurions spread the ball around in the passing game. The top returning receivers are Bryce Kurpiel (261 yards, 1 TD), Ben LaCarte (156 yards, 1 TD), and Luke Mazowiecke (107 yards, 3 TDs).

The Raiders made the playoffs in 2016, the only time in the last decade they’ve reached the postseason. A pair of rising seniors split time at quarterback last season. Ben Blacksmith started the year at receiver (82 yards) then switched to quarterback in Week 7, throwing for 184 yards and 1 TD. Jared Massack started the year at quarterback (159 yards, 1 TD) then moved to receiver (44 yards). Leading rushers Devon Binz (506 yards, 10 TDs) and JD Sykes (223 yards) will both return for their senior seasons.

The Blue Devils have not made the playoffs since 1988 and that drought seems unlikely to change this season. Leechburg has not won a conference game since 2015. After a winless 2017, they enter 2018 on an 11-game losing streak. Leading rusher Jake Blumer scored 4 TDs last year as a sophomore. Tanner Dudek played wide receiver and kicked field goals, converting 11 extra points and 1 field goal. Kickers can be a rarity at small schools (Clairton and Imani Christian never kick extra points). Leechburg graduated only 2 seniors from last year’s team and are still a relatively young squad. Improvements are still needed on both sides of the ball where Leechburg ranked in the bottom three in offense (11 points per game) and defense (36.8 points per game) in 1A last year.