A report last night from The Athletic suggested the NFL was going to consider a “bubble” when the postseason begins. Possible destinations include Dallas or Los Angeles. As much as I hate the idea of the Pittsburgh Steelers playing a postseason game at a neutral site, it may be the only chance we have to get through the entire season. The NFL to this point has been very fortunate. They’ve been able to reschedule several different games to this point but their luck is eventually going to run out. Games will not be able to be rescheduled then competitive balance will be out of whack. I don’t have the answers but it sure seems like a couple of weeks would benefit everyone. Pushing the Super Bowl back a couple of weeks isn’t that awful is it? I guess at this point I’ll be happy if we can just get the season completed.

The Steelers return to some normalcy this week. The players will have their traditional day off and Mike Tomlin will provide his thoughts on last week and this week in his weekly presser at Noon. Injury issues are tops on my list of what I want to hear. What I’m being told is this… Maurkice Pouncey should be good to go for Sunday while Diontae Johnson and David DeCastro are a little more up in the air right now.

UPDATE: Tomlin said that Pouncey will be limited early this week but should be OK for Sunday. He also mentioned that Derek Watt and Marcus Allen both have a chance to return Sunday as well.

Tweet of the Day… Big Dot just keeps on moving!

Kevin Dotson came in and played 54 snaps vs. the Eagles and did as well as any rookie you'll see against Fletcher Cox. Showed some very good hand usage in this one. What an impressive game for the rookie. #Combinesnub pic.twitter.com/OHoaWeoJ99

At this point, Minkah Fitzpatrick doesn’t have any interceptions or forced fumbles through the first four games of the season. I’ve seen some opinions on why this is and I’m not going to say they are all correct or all wrong. I think the truth lies somewhere in the middle. Are teams throwing away from him? Yeah there’s some truth to that. Teams are looking him off and throwing back the other way and they’re also trying to get him to suck up exposing the deep middle. We’ve seen this in each game this season where teams throw over the top of him to receivers in one-on-one situations with Steven Nelson and Joe Haden. Great players find ways to impact games and to this point in 2020 he has not risen to that level. This doesn’t mean we should start ragging on the guy. Streaks like this happen and I believe his time is coming for the drought to end. 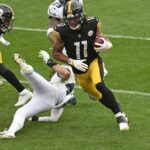 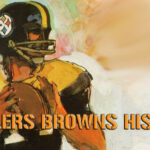