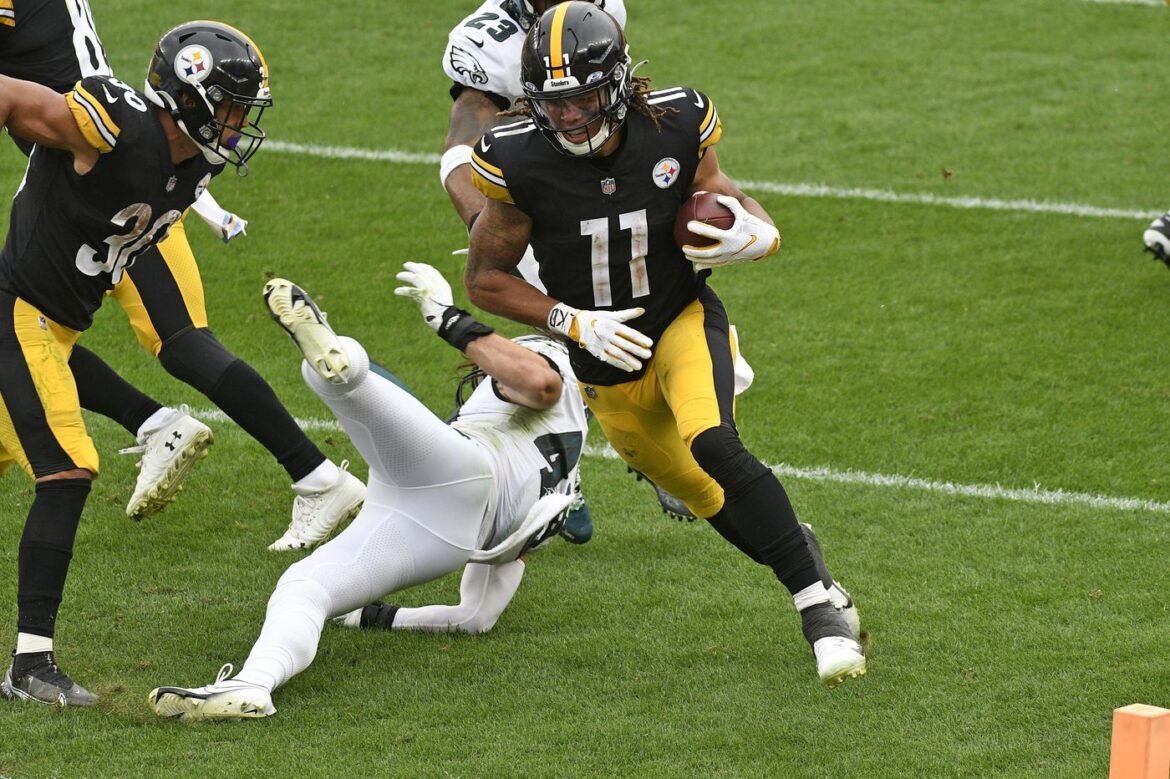 As I do each and every season, it’s time to deliver my grades for the first quarter of the Pittsburgh Steelers’ season. You might be thinking that with the team currently unbeaten that it must be hard to find areas of concern. Let’s just say there are areas I’m concerned about alright but I’m not exactly ready to say they’re dream killers or anything like that. In fact, according to 888sport the Steelers remain a very strong play. Alright, let’s get to the grading!.

We still really don’t know what this offense is capable of for one legitimate reason. Some of the top players can’t stay healthy. Diontae Johnson has essentially missed two straight games… David DeCastro missed most of yesterday… Zach Banner was lost in week one… So my point is that this offense is actually performing pretty well yet I don’t think we’ve seen its’ best.

It all begins with Ben Roethlisberger and the fact that he is healthy, he is playing smart and he is playing well. He has just one interception through four games but has 10 touchdown passes. His command of the offense is exceptional and he is clearly developing more trust with receivers like Chase Claypool and even Ray Ray McCloud.

Can the running game be better? Yeah I think it can be but it’s not like it’s terrible. Sunday was just the first time a back didn’t go over 100 yards despite the fact the team still rushed for 136 yards. Major kudos to James Conner who looked as though he might not make it after week one. He has reclaimed the starting job and has done so with gusto.

Bottom Line: Randy Fichtner had his best game on Sunday against Philly. There were creative plays and creative play calls. OK, the 2nd and 22 draw play was ugly but overall Fichtner has been better than he was last season. The offensive line’s health is going to be a major issue moving forward with better opposition on the horizon. If they get solidified, keep Big Ben upright and produce an effective running game then there’s no limit to the unit’s success.

The Steelers’ Defense is not the same unit we saw last season and I’ll die on any hill for that argument. The combined record of the four opponents is 2-13-1 and what I’ve seen so far worries me with Cleveland (4-1), Baltimore (4-1) and Tennessee (3-0) on the horizon. Against the run, the defense has been stout save for Sunday’s long run surrendered to Miles Sanders. That part of the game doesn’t concern me as much or nearly as much I should say as the pass defense.

Right now the Black and Gold are feast or famine. Sunday’s win over Philly was a prime example. They sacked Carson Wentz five times and forced him into two interceptions. Conversely, they were also torched on third down to the tune 10 out of 15. Perhaps the most upsetting thing was when they just couldn’t get a stop when they needed it. Furthermore, Mike Tomlin’s aggressive approach offensively following the field goal miss that would have given the Eagles the lead was telling. He didn’t trust his defense enough to just run the ball and perhaps end up punting it back to Carson Wentz.

Bottom Line: Bud Dupree, T.J. Watt, Cam Heyward, Tyson Alualu and Mike Hilton have been the most reliable players to this point. Minkah Fitzpatrick and Devin Bush need to start showing up a little more often in terms of splash plays. This is still a very good defense, don’t get me wrong, but great defenses don’t surrender 29 points to an Eagles’ offense riddled with injuries.

Our favorite bubble gum chewer has his unit playing as well as I’ve seen in recent years. There haven’t been nearly the penalties we’ve grown accustomed to, big returns always seem to be a step away and the protection for both the punter and place kicker have been really good. Ray Ray McCloud has been a terrific signing. He’s brought stability to the kick return department and has been error free as Diontae Johnson’s replacement. Is there room for improvement? Of course, there always are in my book but it’s hard to find to many faults with what the Special Teamers are currently doing.

When your team is unbeaten it becomes very difficult to find problems with anything your head coach is doing. As is always the case, Tomlin’s fortunes rest with his quarterback and Ben Roethlisberger’s arm hasn’t let him or Tomlin down. As I stated above, I think there are concerns about the secondary and I have no doubt Tomlin is heavily involved with getting things fixed. This next quarter of the season brings stiffer competition (along with three road trips) and will answer the question of just how good this team really is.