This week’s editions of QH will focus almost entirely on the draft so let’s go!

ESPN’s Jeremy Fowler reported that the Colts and Steelers had down more homework on the knee of West Virginia safety Karl Joseph than any of the other teams.

Here’s what I’ve been told regarding Joseph… The Steelers like him a lot. Perhaps enough to jump and take him through a trade of some sort. That said, the Colts have the 18th pick and I just can’t see the Steelers moving up that far.

Chris poses a very interesting trade possibility this morning for the Steelers.

I still think the Steelers select two corners in this draft.

Tweet of the Day… You can make your own assumptions.

For the first time in recent memory, NFL has notified all 32 teams that no player tested positive at February combine, per league sources.

Here are four more random mock picks for the Steelers at 25 I’ve pulled from the land of the internet. CB Eli Apple (twice), OT Jack Conklin and CB Mackensie Alexander.

What wouldn’t surprise me? The Steelers taking an offensive lineman in round one or two.

What would surprise me? The Steelers taking a running back before round four.

More to come tomorrow! Have a great day Steeler Nation! 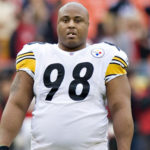 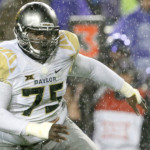