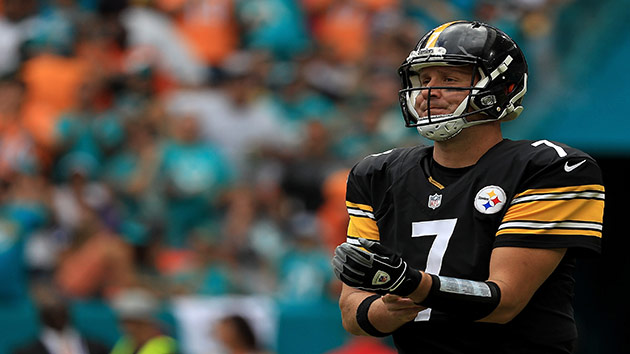 Hopefully you have some Scooby Snacks laying around the house because we have a mystery to solve and this one involves more than just a few meddling kids. Big Ben’s knee injury and recovery has become topic #1 in Steelerland and now it appears we need to call on Shaggy and Scooby to figure this one out.

Since suffering the injury on Sunday, we’ve heard just about everything in terms what the injury is and how long he should be out. We’ve even see a vine where the injury allegedly occurred on a kick from Ndamukong Suh. The problem there was the kick was to the right leg, not the left which is the one in question.

First of all, the procedure took about 20 minutes. Initial reports were that the meniscus wasn’t torn and the injury may have been so minor that Roethlisberger may actually be available this Sunday. Slap a brace on that sucker and off he goes. By the end of the day on Monday, consensus was that he would miss 1 to 3 weeks.

When Mike Tomlin announced that Big Ben would not be available this week at his presser on Tuesday most, including myself, weren’t all that surprised. But then Wednesday arrived and by mid morning ESPN’s Chris Mortensen was reporting that Roethlisberger would be out 4-6 weeks.

What in the wide world of sports is going on???

Apparently the meniscus WAS  torn. Or maybe it was kinda torn. Or maybe… Something was definitely worse than 48 hours earlier. But wait, there’s more!

Steelers’ Team President Art Rooney II went on NFL Network and declared Big Ben’s absence to more like “2-6 weeks.” For the love of all that is holy what is it?!?! Actually, what it likely is, is miscommunication between Steelers’ medical staff, Dr. James Andrews and Ben himself. This kind of thing shouldn’t happen in today’s NFL. But it does.

My own personal opinion is that Roethlisberger will return for the Dallas game on November 13th. Would it surprise me if he played the week before in Baltimore? No it would not. Injury time frames are not always concrete; I know this and so do you. I don’t know why this has become as complicated as it has but it concerns me far beyond the injury and rehab itself.

It signals that this organization is not on the same page and that’s troubling. I see no reason why there is so much mystery around this. 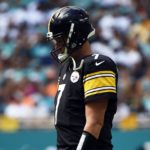