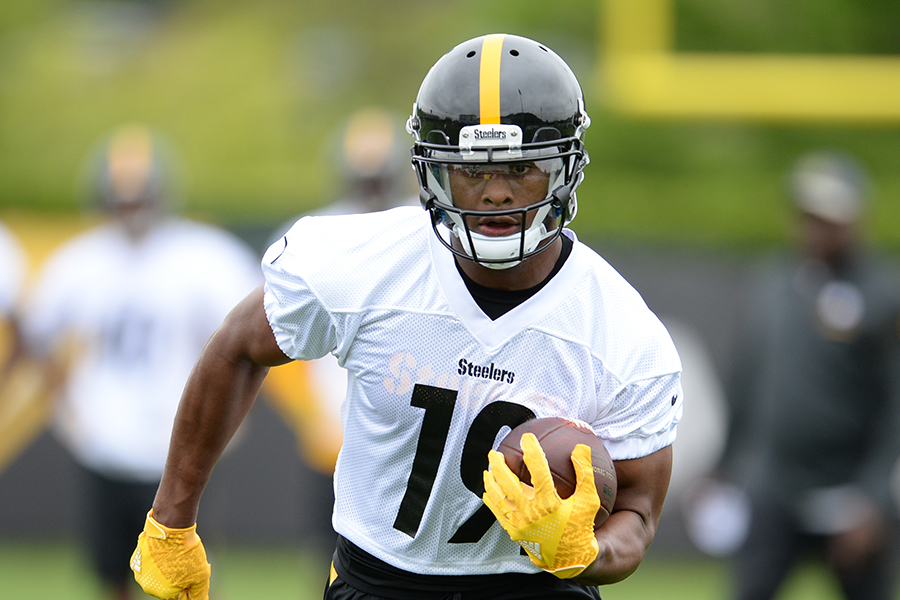 There is zero excuse for driving over 100 miles per hour unless you have advertisements all over your vehicle and you make a lot of left turns. JuJu Smith-Schuster’s decision to post an Instagram video of himself doing just was a bad idea as was his going that fast in the first place. Let us not rush to judgment here though.

If I were to list all of the stupid things I did in my early 20’s then I would need a helluva lot more time than this to list them. No, I wasn’t an NFL superstar with people watching my every move (thank goodness and I’m sorry about the house Mom), but I still made poor choices and bad decisions. Is JuJu not allowed to make similar mistakes simply because he’s a professional athlete? Don’t get me wrong – this is a really bad look for the young man – but this isn’t a capital crime as some are making it.

Antonio Brown, currently unemployed wide receiver, was also clocked doing a ridiculous amount of speed in Pittsburgh. Therefore, the comparisons have come fast and loose about how JuJu is just like AB now. Whoa. Let’s just relax here shall we?

Has JuJu threatened his General Manager? Has he thrown furniture off a balcony? Has he thrown Gatorade coolers on the sidelines? Shall I go on because I most certainly could… This is not in any way, shape or form similar to the behavior of Brown. Should JuJu go on to make all of the same poor choices that Brown did then we can certainly revisit this conversation. Until then, comparing the two is totally unfair.

Nothing I’ve said excuses what Smith-Schuster did. There are plenty of things that could have made this far worse than it was. An accident? Persons being injured or killed? But those things didn’t happen and at the end of the day JuJu gets to eventually say, “I screwed up here. I’m sorry for this poor choice.” Whether or not he will say that I don’t know but I’m expecting it.

To this point, JuJu has done all of the right things which is not easy for a young man like this to accomplish. The pressure on him to be great on and off the field is immense and is something most of us can’t relate to in any form. That is not and should not be taken as an excuse.

The worst part about this is that it gives ammunition to the naysayers. The bloggers and the sports radio guys who have purposely tried to tear him down at every turn. They now get a moment in the spotlight to spew their rhetoric in an “I told you so” manner and none shall get the honor of being named here.

Smith-Schuster made a dumb decision. He drove way too fast and he documented it on social media. So let’s make that two dumb decisions. But I’m not in any hurry to bring in a grand jury to indict him on crimes against humanity. The stuff I did falls much closer to that. I mean, who would have thought you couldn’t drive down the road with several logs on top of your car at 3am? With no headlights.

Here’s a thought for JuJu and all his supporters in there belief on him being No.1 WR “Why don’t you show the ability to get open and catch the freaking ball”.