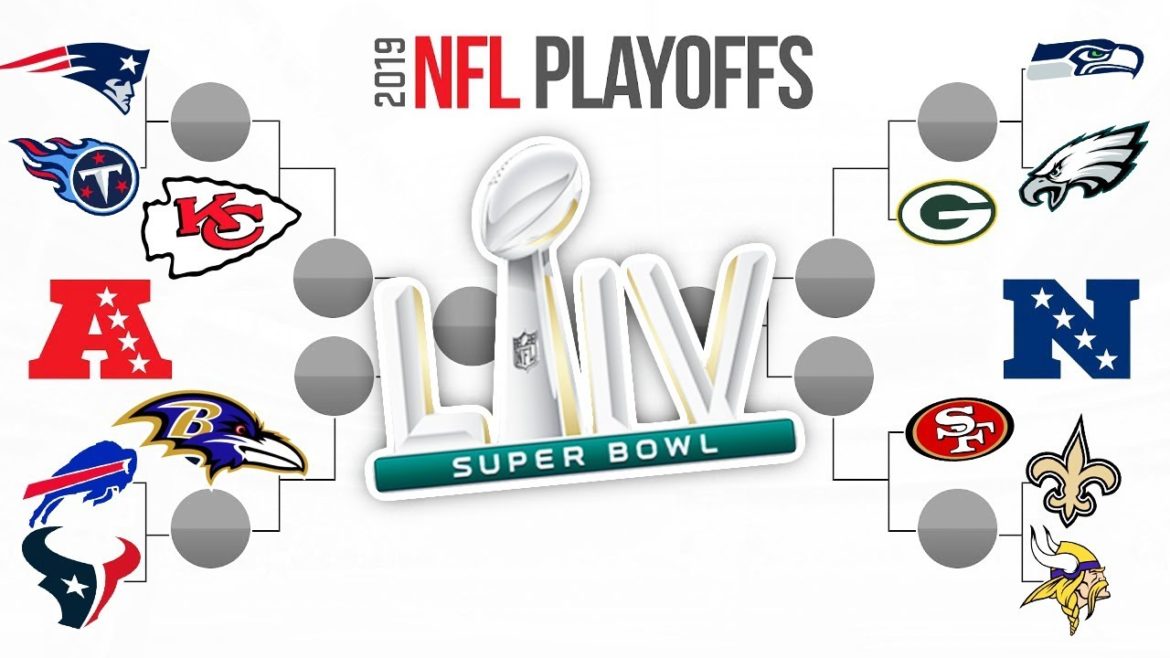 The Steelers lost their final three games of the 2019 season and missed out on the playoffs for the second straight year. Stay tuned for tons of additional content coming over the next few weeks, both looking back on the 2019 season and looking ahead to the 2020 Draft. But for now, there are still 12 teams playing football and one of them will ultimately hoist the Lombardi Trophy.

Obviously, being fans of the game of football, most of us will continue to watch the NFL playoffs, even though the Steelers won’t be playing. We’ve identified three main criteria for helping to rank teams when trying to choose a non-Steelers team to root for. Here is your definitive guide for who Steelers fans should or should not root for to win the Super Bowl.

Baltimore, Cincinnati and New England go to the bottom of the list. Always. Dallas also gets included in this list. If Oakland or Cleveland ever by some miracle made the playoffs, they’d go to the bottom as well.

As Steelers fans, we love holding the “First to Six” over fans of all 31 other teams. Last year, New England drew even with the Steelers by winning their sixth Super Bowl. Therefore, we certainly don’t want to see New England win another Ring, or anyone else get to six. Looking at the playoff teams this year, San Francisco has 5 Rings, followed by the Packers with 4 and the Ravens with 2. The Seahawks, Eagles, Chiefs and Saints all have won 1 Super Bowl. The Vikings, Bills, Titans, and Texans have never won a Lombardi Trophy.

Now that we’ve established the criteria for ranking teams, here is our rooting guide for the 2018 playoffs.

What to Like: The Patriots getting caught trying to cheat and steal the Bengals defensive signals. The Dolphins coming back to beat them in Week 17 to prevent the Pats from getting a bye was great.

What Not To Like: New England won their 6th Super Bowl last year and we had to listen to their insufferable fans and the media all season.

The Verdict: For the first time in my history of doing these rankings, the Baltimore Ravens do not appear dead last on the list. Given that New England won their 6th Super Bowl ring last year, it is absolutely imperative (even at the morally-crushing cost of seeing the Ravens succeed) that the Patriots do not win the Super Bowl this season.

What to Like: Lamar Jackson is fun and good. Baltimore plays tough, physical defense.

What Not To Like: They are the Baltimore Ravens and should always be hated.

The Verdict: For the first time ever, Baltimore is not dead last in the rankings. There is a combination of factors here in ranking the Ravens 11th. First is that they only have 2 Super Bowls while the Patriots have 6. Second, as much as I hate to say it, Lamar Jackson is somewhat likeable while Tom Brady is not.

What to Like: The Eagles beat the Patriots in Super Bowl LII. That was cool.

What Not To Like: After making the Super Bowl last year, Doug Pederson could draw even with Mike Tomlin in Super Bowl Appearances (with 2).

The Verdict: These are Philadelphia fans. They’re the same people who are Flyers fans and still chant “Crosby Sucks.” You should not align yourself with them.

What to Like: The 49ers have some excellent offensive schemes and play very solid defense across the board. Their defensive line can all rush the passer and they have some physical players on the second level.

What Not To Like: The 49ers have 5 Super Bowl titles and could pull even with the Steelers and Patriots at 6 Rings if they win another.

The Verdict: While San Francisco has been fun and has a great offensive attack and is defensively solid, we can not forget that they are just one ring shy of catching the Steelers. The 49ers were the first team to five Super Bowl titles, and we don’t want to see them getting to six.

What to Like: Bringing up Super Bowl XL, which Seattle fans are still salty about. Russell Wilson is supremely fun to watch, especially in the fourth quarter.

What Not To Like: Pete Carroll, like Mike Tomlin, has been to two Super Bowls and has a 1-1 record. Russell Wilson has won 1 Super Bowl, and another Seahawks title would tie Wilson with Roethlisberger at 2 Rings.

The Verdict: Another trip to the Super Bowl would put Carroll ahead of Tomlin and draw Wilson even with Roethlisberger. Be cautious about aligning yourself with Seattle fans.

What to Like: The Packers reinvented their defense this season by signing Za’Darius Smith and Preston Smith as pass rushers. Both had stellar seasons, coupled with a great secondary the Packers are playing solid enough defense to give Aaron Rodgers a chance to win every game. Rodgers’ receivers have let him down often this season but RB Aaron Jones has been one of the best backs in football.

What Not To Like: The Packers beat the Steelers in Super Bowl XLV. Additionally, if Green Bay wins the Super Bowl, Aaron Rodgers would tie Ben Roethlisberger with two rings.

The Verdict: Green Bay is an historic franchise worthy of respect, but they beat the Steelers in a Super Bowl and another victory would bring them to five overall and closer to the Steelers total of six. Furthermore, it would tie Aaron Rodgers with Ben Roethlisberger.

What to Like: They wear black and gold, albeit a slightly different shade.

What Not To Like: Drew Brees, with a victory, would tie Ben Roethlisberger with two rings. With another trip to the Super Bowl, Sean Payton would tie Mike Tomlin. Also, some Steelers fans may still have a lingering bad taste in their mouth about the pass interference call on Joe Haden last year.

The Verdict: A Saints Super Bowl victory would not be the worst thing in the world, and it would give them some sweet revenge after the refs (ironically) screwed them out of a pass interference call against the Rams last year.

What to Like: Tennessee can run the ball and play defense. They bounced back from a miserable start by putting Ryan Tannehill in at quarterback over Marcus Mariota. The possibility of Derrick Henry running all over New England is absolutely worth rooting for.

What Not To Like: Lingering bad feelings about Joe Nedney’s Oscar-winning dive in the 2002 Divisional Round.

The Verdict: There is some historical bad blood between Pittsburgh and Tennessee, dating back to the old rivalry with the Houston Oilers. That said, the franchise has never won a Super Bowl so they are no where close to threatening Puttsburgh’s marks.

What to Like: Any team that can run the ball and play defense is appealing for Steelers fans. On top of that, the Vikings have two quality receivers in Stephon Diggs and Adam Thelien to go with a solid tight end in Kyle Rudolph. Unfortunately, they have Kirk Cousins throwing them the ball.

What Not To Like: Kirk Cousins in primetime games. Minnesota is going to need a legendary defensive performance and perhaps another miraculous ending to get past the Saints.

The Verdict: Minnesota is probably the least-offensive team to possibly come out of the NFC. Even though they have reached 4 Super Bowls, the Vikings have never hoisted the Lombardi Trophy (and to be honest, probably won’t do so again this year).

What to Like: Sean McDermott has made the Bills relevant again, taking them to the playoffs twice in three years. Buffalo plays some great defense.

What Not To Like: The Bills beat the Steelers this year, starting the 3-game slide that knocked the Steelers out of the playoffs. Bills fans were by far the worst visiting fans at Heinz Field in years.

The Verdict: There are certainly worse teams that could come out of the AFC, but Buffalo has a tough road in front of them just to get to the AFC Championship Game. 26 Shirts, the sponsor of the Steel City Blitz Podcast, is based in Buffalo and does some great charitable work.

What to Like: Patrick Mahomes is fun. Their defense is vastly improved from last season.

What Not To Like: Andy Reid in the playoffs. Tyreek Hill’s offseason domestic violence incident.

The Verdict: Andy Reid has never won a Super Bowl and is just 2-5 in the playoffs as Chiefs head coach. He is 1-5 in Championship Games and lost his only Super Bowl appearance (to New England in 2004). Will Mahomes lead Reid to the Promised Land or will he come up short in the playoffs once again?

What to Like: JJ Watt is a good person. They have flown a bit under the radar this season. Deshaun Watson is a fun young QB and has an insanely talented receiver in DeAndre Hopkins.

What Not To Like: If you’re a Pitt fan, you probably don’t like Bill O’Brien because he coached at Penn State.

The Verdict: Of all the AFC teams, Houston would probably be the most preferable to see reach the Super Bowl. Unfortunately, that is unlikely as the Texans have never even reached an AFC Championship Game. 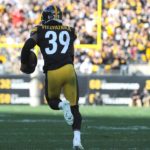 A Case for the Defense: Why the Steelers Will Be Play-Off Ready in 2020