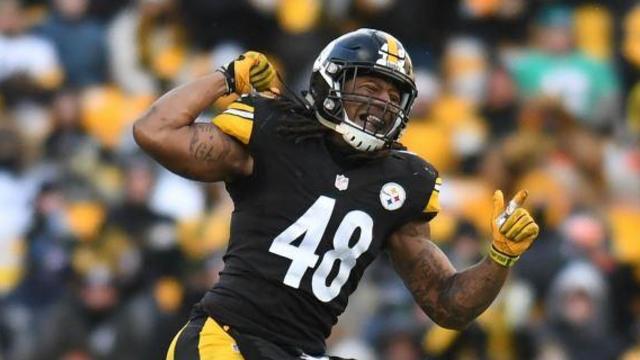 Every season must come to an end for our Pittsburgh Steelers. While this one has ended much sooner than any of us liked, I must now move forward with the offseason just as the Steelers do. Here are my five predictions for what the franchise may or may not do in 2020.

Fichtner Out as OC

Despite everything I hear to the contrary I believe that current Offensive Coordinator Randy Fichtner will be relieved of his play-calling duties. He will be given the opportunity to remain as the QBs Coach however. Overwhelming thought is that because Ben Roethlisberger is aiming for a return Fichtner will keep his current position.

While Fichtner was indeed dealt a difficult hand with so many injuries to his offensive skill players, I do believe he struggled to get out of them what he should have. What I see happening is that an OC will be brought in who will not change much in terms of terminology in order to make the transition smoother. Who that is I cannot say but I think it’s going to happen and it will actually be with the blessing of Big Ben.

When you see things from a different angle, as Roethlisberger did this season from the sideline, I believe you get a very different perspective on things. While there’s no secret that Fichtner gives Big Ben a ton of leeway on the field, I got the feeling as the season wore on that Roethlisberger became less enthusiastic with Fichtner going forward. This has led me to believe a change may be coming.

The Steelers Will Try, But Dupree’s Price Will Be Too Much

Mike Tomlin made it very clear in his press conference this past Tuesday. The Steelers want to keep Bud Dupree. The former first round pick played this season at $9.2 million and he played well. He and T.J. Watt thrived off of each other to become double-digit sack artists. Watt’s payday is coming but can the Steelers afford Dupree?

Unless he’s willing to take some form of a hometown discount, I just don’t see it. To slap the Franchise Tag on him would mean paying him over $16 million in 2020 and I just can’t see this happening unless the Steelers view it as another “show me what you can do” year. The other issue is the demand for pass rushers. Shaq Barrett signed a one year deal in Tampa for about $4 million last season. All he did was collect 19.5 sacks and drive the price for pass rushers up even higher. According to spotrac.com, fair market value for Dupree is likely to be in the $16 million range per season.

The other serious question I have here is about Dupree’s overall performance. It took him five years to truly put things together. Was it the coaching of Keith Butler who replaced Joey Porter? Was it the fact he was in a contract year? I’d be lying if I said I didn’t have concerns about his overall motivation.

There Will Not Be a Veteran QB Brought In

Despite the vast majority of fans wanting an experienced quarterback to be brought in, the Steelers will stand pat. Ben Roethlisberger, Mason Rudolph, Duck Hodges and an unnamed rookie free agent are likely to be the guys in Training Camp.

[This does not eliminate the possibility of a vet free agent should Roethlisberger be unable to go due to his elbow prior to Camp.]

I believe Tomlin’s comments on Tuesday about “sticking with Rudolph” to be honest. Whether we are to perceive this as Rudolph truly being the guy for the future I cannot say but I do feel that the coaching staff has seen enough. They clearly think that Rudy is a capable NFL QB. As for Hodges, the experience he earned this season is invaluable and they will feel better about him should they need him in 2020. This does not mean that an undrafted rookie free agent like himself this past year can’t beat him out but they have to like Duck’s playbook knowledge.

The other factor here is cost. To bring in any veteran QB would cost way more money than the Steelers could afford so keep that in mind too.

Many will point to Diontae Johnson and Chris Boswell as reasons for Danny Smith to keep his job as the Steelers’ Special Teams’ Coach. Well, Johnson became the regular punt returner only when Ryan Switzer was lost for the season. The fact that Smith didn’t see the benefit Johnson brought before that is bizarre and allows one to question Smith’s overall ability to evaluate. Johnson would ultimately have a return average of over 12 yards per return while Switzer averaged just over three.

Place kickers are a lot like golfers. By the time they reach the pros they already have a routine and muscle memory largely guides them. Coaches are not there for major overhauls (unless you’re Tiger Woods) but rather they are there for tiny tweaks and suggestions. I highly doubt Smith had a ton to do with Boswell’s bounce back from a poor 2018. Basically what I’m saying is that I don’t believe Smith will be retained because he suddenly became Boswell’s guru.

Smith’s units routinely finish near the bottom in terms of kickoff returns and kickoff coverage. Other than Johnson’s punt return versus Arizona, there was little to be excited about. But Smith will survive simply because Mike Tomlin likes stability. It’s really that simple.

The Offensive Line Will See Bigger Change Than Normal

I saved this for last because I think there are several potential predictions in this one alone. The starting five guys as we know them, Alejandro Villanueva, Ramon Foster, Maurkice Pouncey, David DeCastro and Matt Feiler, will change. For starters, I believe Foster is gone. He will be given the opportunity to retire before being cut but either way he is on his way out. Common thought is that the Steelers re-sign B.J. Finney but there’s no guarantee he wants to return. Finney may feel like he was passed over the starting spot this past year.

Should Finney not return, the changes could really get moving. Matt Feiler would slide down to left guard where most feel he’s more suited. That would then open the right tackle job to either Chuks Okorafor or Zach Banner and neither in my opinion is a solid choice as a regular starter. In that case, a rookie or free agent could be brought in.

The changes do not stop there however. Shaun Sarrett was in over his head as Mike Munchak’s replacement. I will say this for Sarrett, having to adjust his line to quarterbacks not named Ben Roethlisberger was not easy so I get that. But I saw regression from guys like Feiler and I rarely saw adjustments to what the defense was doing. The Buffalo and Baltimore games are perfect examples of the lack of adjustments. Blitzers were constantly coming free from the A gaps to the edges and there was little to no change. It would behoove the Steelers to find a veteran offensive line coach going forward.

Will any of these predictions come to fruition? We’ll find out as we always do.

Okay let’s start with Fichtner. Yea this year wasn’t great but unless somebody out there has the gumption to tell Ben that this new offense will be better than RF’s offense he ain’t leaving. No Lincoln Riley ain’t leaving unless a team is willing to pay a fat ton on of money. I find it funny that Steeler Fans believe it’s better to change offenses than trying to fix the issues that lay there. Should Bud leave who do fans suggest they sign, sure drafting a OLB is a legit option but even then your waiting at least 2 years for that pick to develop or longer.

The OL will get a shake up and yes no vet QB will be brought in cause it’s pointless, I get sick of hearing “Oh MR can’t play” well your basing it on this season and a handful of games. Gee it’s nice to know that it’s okay to give up on players after 1-2 years cause i didn’t know that was allowed. Hey here is something the Steelers should do: Sign AJ Green and trade JuJu. That would be so awesome because it’s clear that JuJu is not meant o be a No.1 WR.

Wowww, I hope that the Pittsburgh Steelers 2020 teams have a successful offseason.