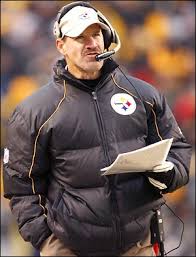 Former Pittsburgh Steelers Head Coach Bill Cowher said in an interview with 93.7 The Fan this week that his teams used to try and steal signals during his time as coach.

Cowher said, “We had people that always tried to steal signals. Stealing someone’s signals was a part of the game, and everyone attempted to do that.”

Fair point it is, but it’s nothing compared to what the New England Patriots were doing throughout early 2000’s when they won three Super Bowls.

The Patriots were videotaping other teams’ practices and walk-thru’s.

The difference between what Cowher describes and what the Patriots did is vastly different. I believe his admission was nothing more than coaches protecting coaches and his obvious gushing over Belichick which was obvious in the interview.

To his credit, Cowher says that both of his AFC Championship Game losses to the Patriots were not because of spying, but because of being beaten by better teams. I appreciate him saying that but he’s dead wrong.

The Steelers had more talent and were out-coached in both of those games.

I like Bill Cowher a lot, but there was really no need to throw fuel on the fire in this situation. All he has done is bring up painful memories of games the Steelers should have won whether the Pats ‘cheated’ or not.

Improvement in the Steelers’ Kicking Game Can...

if anyone ever wanted to read more information about the true extent of the patriots cheating scandal in the 2000s i strongly recommend reading the book “Spygate the untold story”. Its great. * need to be placed by at least 2 of the patriots Super Bowls.

I was one of the first who read Bryan’s book. I chat with him on occasion on twitter. The book is an excellent read and a must for anyone on either side of the debate.

I agree. Someone please remind me why Cower with his ONE ring is so great.
Those were some awesome teams he was fortunate enough to coach.

I think Cowher is an excellent coach I just believe he was his own worst enemy when it came to the playoffs.

The only Cowher playoff loss that was truly disappointing was SD in the 04 AFC Title Game. BUF was clearly a better team than PGH in 92, KC and Joe Montana were superior to PGH in 93 (although PGH played about as well as could be expected against maybe the best Post Season QB ever, on the road, with a lousy WR corps, no top RB, and an offense that scored only 8TD in their last 7 regular season games), Cowher so clearly outcoached Barry Switzer in the 95 SB it wasnt even funny, if Neil O’Donnell doesn’t choke PGH probably wins that game despite a huge gap in talent (a gap Cowher’s coaching helped overcome), NE was better than a solid but hardly great PGH Team in 96, Den in 97 actually had more wins (12-4) than Pgh (11-5) in 97, had the best record in football one year earlier, Elway was far better than Kordell, Davis was the best RB in football, Den was superior in the secondary and had more depth at receiver than PGH. PGH had a great OLB in Jason Gildon and a great O-Line (so did DEN), but DEN was a better team that won a close game. In 2001 two special teams TDs which had nothing to do with Cowher’s game planning or play calling decided that game, in 2002 Cowher’s defense simply wasn’t very good, Tommy Maddox and the passing game saved him vs a weaker CLE team and helped him get to OT vs TEN but such a one dimensional team wasn’t winning a SB that year (ask Belichek & Brady about one dimensional passing oriented teams that win a lot of games but come up short in the post season), the 04 Pats were the best, most complete team in football, still considered the best SB winning team of that decade, and were actually listed as favorites by odds makers going into the game.

Truly, the only post season loss that stands as a disappointment was to a clearly average SD team in 1994. The fact PGH kept the other games as close as they did despite some huge talent gaps at key positions shows that the coaching actually was pretty good. Does anyone really think the 2001 Steelers could have shut down the Rams offense in the SB or the 97 squad could have beaten GB ? Upsets do happen, but those would have been impressive upsets by weaker teams if Pgh had won.

No doubt what NE did was above and beyond the normal scope of trying to steal or anticipate opponents calls. Accusations that Pats employees were thrown out of the stadium by Green Bay officials when caught taping, allegations about taping the Rams walk through practices prior to the Super Bowl, simply breaking established NFL rules regarding what can be taped and when during games, even after warnings by the league to stop. In terms of the NE two wins over Pgh in AFC Title Games, in 2001 NE benefited from two Special Teams TDs which rarely happens in pro games and cant be traced to any Spying. Also, the 01 AFC Title Game was the first time a Belicheck Pats team played against Pgh, Pete Carrol was the NE coach the last time the teams met and Belicheck was in NY on Parcells Jets staff. So far no one has connected any dots to Parcells and his teams in the Spygate scandal. Also, the lousy play of Kordell Stewart had a lot to do with the loss, but his lackluster, turnover filled performances in other playoff games would seem to validate his 01 AFC Title Game disaster had more to do with him as a player and not some “Spygate” thing. NE played a better game on defense (Pgh defense was average at best strong at OLB but weak in the secondary as this was before Clark, Polumalu, Ike Taylor, etc), Drew Bledsoe (who quarterbacked NE in the game, his last game as a Patriot) was better than Stewart, the unusual special teams miscues

I do believe the taping may have influenced the 2002 season opener between the two teams. In 2004, when Pgh easily beat NE at mid season, Pgh had changed both offensive and defensive coordinators since their last two meetings vs NE, and the Pats were on a 18 game winning streak and due for a loss. The taping may well have impacted the 2004 AFC Title Gm re-match. However, even though Pgh was at home Vegas instilled NE as favorites in the game, proof that NE was perceived the better team, in fact the 2004 Pats are generally regarded as the best SB winning team of that decade. NE was a better team in 04 and probably would have won regardless of Spygate, although it probably helped.