Direct Anger Over Rice’s Punishment in the Proper Direction 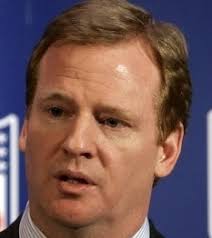 Anytime an opportunity exists to get ‘one-up’ on a rival, a fan base will take it. The Baltimore Ravens and Pittsburgh Steelers have long epitomized this ever since the Browns moved to Baltimore to become the Ravens.

The ball is now in the court of Steeler Nation as Baltimore has struggled with five arrests this offseason but today came the big moment many had been waiting. Rival fans of the Ravens have been waiting for the punishment to come down on star running back Ray Rice who knocked out his then-fiance in a hotel elevator.

What made his situation different immediately was the fact that both the assault and the aftermath were caught on tape. Because of this, it was assumed that Rice would get anywhere from a four to six game suspension.

NFL Commissioner Roger Goodell and the league surely would want to send the message that this league will not tolerate violence against women right?

Rice’s penalty was handed down today and he has received a two-game suspension. According to ESPN, that number is firm and will not be adjusted. Social media erupted in a frenzy that can only be described as one of total hatred towards Roger Goodell and the NFL.

Steelers’ fans, who have been waiting for this moment to pounce on their rival fan base were left to wonder “what the hell?”

The easy thing to do is be upset that Rice got just two games for an illegal act that was caught on tape while our quarterback was given a six-game suspension (eventually four) for essentially putting himself in poor situations. Keeping in mind of course he was never charged and never arrested. He was suspended because he ‘tarnished the NFL shield.’

Don’t base your anger on what happened with Ben Roethlisberger. It won’t do you any good unless you enjoy your blood pressure boiling. If you need to know where to point your anger then let me tell you where to direct it.

The first person is Roger Goodell. The subjective and seemingly biased method with which he establishes punishments leaves even the most astute of pro football observers shaking their heads. It’s almost as if Goodell has a large wheel he stole from the set of ‘Live With Kelly and Michael’ which he spins to determine punishment.

Let’s look at the ridiculousness of NFL discipline shall we? Former Steelers’ linebacker James Harrison was fined more money for a hit on the field of play than Rice has been for striking a woman. Players across the league are suspended for four games and then a year for smoking marijuana.

Essentially what the NFL and Goodell are saying is that a player shouldn’t use illegal drugs, PEDs or be too aggressive on the field yet it’s only a slap on the wrist should you assault a woman.

Direct your anger at the NFL Players’ Association as well. They continue to be the weakest union in major sports and while DeMaurice Smith talks a good game but he is toothless and unable to so much as scratch at Roger Goodell. Don’t be surprised if in closed circles the NFLPA congratulates itself for Rice getting just two games.

I sure would like to know where the union was when Roethlisberger was being dragged in the mud.

The bigger issue with the union’s lack of power is that they have done nothing to try and curtail Goodell’s subjective abuse of power. You can be certain that whatever punishment Goodell gives Colts’ owner Jim Irsay the NFLPA will scream that it isn’t enough. Nevermind they do little to help their own players’ situations…

As much anger as I have over the handling of many things in the NFL, this one takes the case because of the message it sends to women who make up a great deal of NFL fans. It’s a sad day for the National Football League.

I agree completely. If the owners had any guts and any honor, they’d send their own ‘message’ by firing Goodell. (btw, I think you mean “takes the cake.”)

I agree wholeheartedly. Roger Hitler is an awful commissioner. He has basically indicated that it’s extremely bad to do drugs, but it’s alright to physically abuse, to the point of knocking out, your girlfriend. In other words, domestic abuse is completely alright, but don’t use any marijuana or else. This is just outrageous, ludicrous, and egregious.