That is making the rounds on social media is a fabrication. I post this in an effort to keep the people that frequent this page from believing and proliferating nonsense. Validating stories like this makes our fanbase look, well … stupid.

If any of you know Michael Boras, please point this out to him. Fabrications ruin credibility, they don’t enhance it. Incidentally, the trainer that pushed Burfict’s arm away was John Norwig, Steelers Head Trainer. 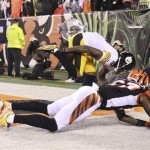 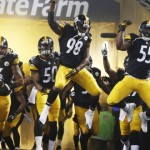 Little to Complain About With Steelers 2014...

Winning Can Cure What Ails Steelers; A...