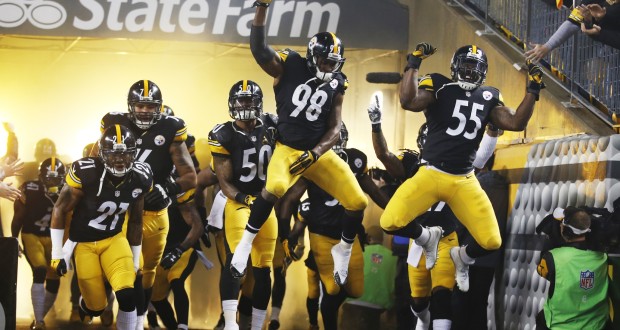 Throughout the week, the stories from the UPMC Rooney Sports Complex is all about the offense; How is Ben Roethlisberger’s shoulder? Will Antonio Brown pass through concussion protocol? Is DeAngelo Williams going to return?

That’s the story, but the story on Sunday night is going to be how does the defense handle Peyton Manning.

I think that regardless of what ends up happening with all of the injured Steelers offensive players, the offense is going to struggle in some form. If Ben (or Landry Jones) is without Antonio Brown, then they will struggle a lot. Even if Brown is a full go, Ben’s shoulder may limit him.

Yes, Ben and Antonio Brown torched the Broncos’ defense earlier this season, but now they’re playing in Denver and have all of their starters back. Ben himself said the Steelers got lucky last time.

I’d be pretty shocked if the Steelers put up 34 this time around. I do have some hope however, as I feel the Broncos are doing the Steelers a favor by starting Peyton Manning over Brock Osweiler.

Plenty of people want to make excuses for Manning, but the fact is he’s just not that good anymore. He’s still incredibly smart, but his physical limitations have just lead to a lot of turnovers. He finished 2nd in the league in interceptions, despite throwing 275 less passes than the league leader, Blake Bortles.

“He was injured! He’s healthy now!”

That’s what plenty have said about the future hall of famer. Despite their great start record wise, Manning wasn’t great individually. Check out this Pro Football Focus write-up just 2 weeks into the season.

Manning benefitted from a fantastic defense. Emmanuel Sanders and Demaryius Thomas are also two of the better pass catchers in the league when it comes to yards after the catch. Meaning, Peyton’s noodle arm just gets it to them close to the line of scrimmage and let’s them do the damage. The Broncos’s ground game has also gotten stronger as the season has gone on.

If the Steelers defense can handle the run, and keep the receivers from breaking tackles, they have a shot at winning this game and carrying the hobbled offense.

Biggest Difference Between These Steelers and the 2005...

[…] writers Chris and Ben offered two very different pieces over the last 24 hours. Chris is looking ahead to Denver while Ben took a look at what was “allegedly” heard on the field late in the […]