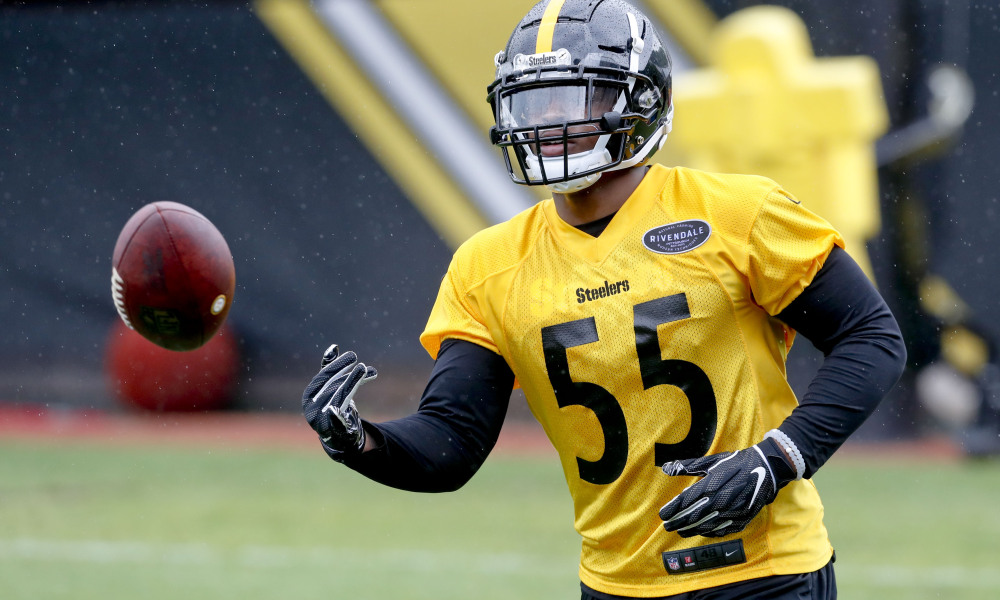 This is called a Rookie Forecast, in which I will use labels to predict how the 2019 Pittsburgh Steelers rookies will pan out. I have been doing this for three years, and will be including every drafted Steelers player, not just the applicable ones.

Boom Candidates
Devin Bush – Super athletic, a born leader, and a high football IQ. Bush has it all and when it comes to the linebacker position, Bush should thrive on all three downs. The first round, top ten selection should be the day one starter for the Steelers and should have all the snaps he needs to explode into the ‘boom’ category. Bush has all the tools to be one of the best linebackers in the NFL in the future.

Justin Layne – Layne is a lengthy, athletic cornerback with a knack of getting his hands on the football. Whether it be a pass break-up or an interception, Layne puts himself in position to succeed. Yes, the Michigan State product is new a the position, but he could end up one of the steals of the draft and a future lock-down cornerback. For a more in-depth explanation, I wrote an article on why Layne was a home-run selection.

Bust Candidates
Zach Gentry – The selection of the entire draft that still has me in awe. I understand, he’s a big target and fills a need, but Gentry has serious drop issues and is extremely raw as a blocker. I don’t see this selection panning out, especially with a capped ceiling.

Solid Starter
Diontae Johnson – I really wanted to put Johnson in the ‘boom’ category because I think he’ll be a stellar player. I decided against it because with JuJu as the number one receiver and target and the possible emergence of James Washington, the targets may not be there for Johnson to reach that ‘boom’ status.

Ulysees Gilbert – I may be a bit overzealous here, but I loved Gilbert coming out. If he could shore up his tackling and speed up his mental processing, he could most definitely be a starter in the future.

Future Depth
Benny Snell – I liked Snell coming out, but I think along with starter James Conner, Jaylen Samuels is here in Pittsburgh to stay. Snaps and opportunity may be tough to come by for Snell, but if injuries occur he could make a Samuels-like impression and be a spot starter.

Sutton Smith – Smith is an extremely tough projection because aside from special teams, we really have no idea which position he will end up solidifying. Smith has made the most of his time as an edge rusher, but his lack of size may require a position switch, or require position flexibility. Either way, I see Smith as future depth but a rockstar on special teams.

Isaiah Buggs – The Steelers haven’t had much success with drafting defensive linemen late (Dan McCullers, LT Walton, Joshua Frazier, etc.), but Buggs should buck the trend and be a future solid number four defensive lineman. Buggs has the skill-set to succeed, he just needs to be consistent and make the most of opportunities.

Derwin Gray – I don’t think Gray makes the team, but I think he will be back next year in Pittsburgh by benefiting from the practice squad. There are too many talented bodies in the offensive lineman room, it’s just simply a numbers game. If Gray could prove he is solid or serviceable at multiple positions, he could sway coaches into keeping him.

Great article ,agree with all your assesments ,nice job Bush and Layne will be tremendous additions to defense.