Steelers “Didn’t Deserve to Win” Today Against the Ravens 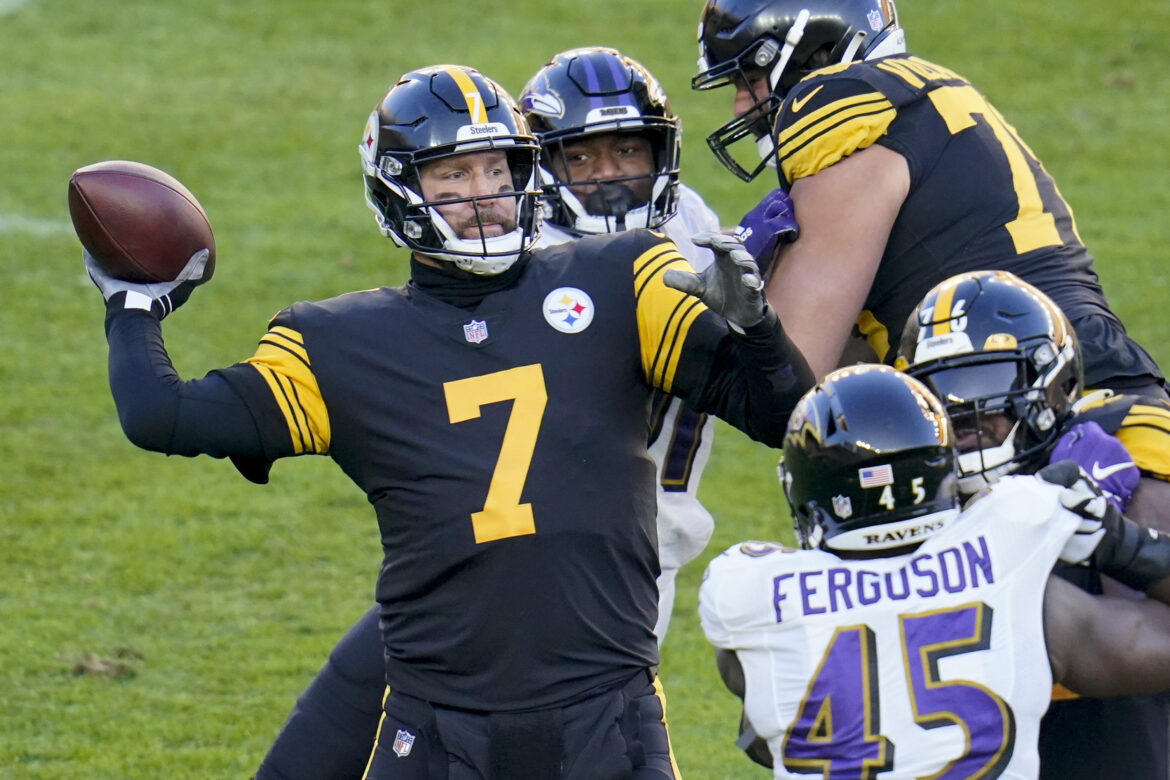 In the 1992 Academy Award-Winning movie “Unforgiven,” one of the climactic final scenes shows Clint Eastwood standing over Gene Hackman with a shotgun pointed at Hackman’s face. Hackman looks up at Eastwood and says, “I don’t deserve this… to die like this. I was building a house!” Eastwood’s character replies, “Deserve’s got nothin’ to do with it.” This was the first thing I thought of when Pittsburgh Steelers’ Quarterback Ben Roethlisberger told NBC’s Michele Tafoya following today’s 19-14 win over Baltimore “we didn’t deserve to win.”

Roethlisberger was not wrong. The Steelers will gladly take the win, which moves them to 11-0 on the season, but it was ugly. No, ugly is probably too nice of a word. Atrocious is a better and more descriptive term for what took place today in Heinz Field.

The Ravens entered this game with enough guys out due to Covid-19 to start a fairly decent franchise of their own. No Lamar Jackson. No Mark Ingram or J.K. Dobbins. No Brandon Williams or Matthew Judon either. But for anyone who thought this game would be easy (Stephon Tuitt I’m looking at you) it wasn’t and you can credit both Baltimore and the Steelers for making it that way.

Diontae Johnson dropped balls and so did Eric Ebron. Ray Ray McCloud dropped a punt that resulted in a Ravens’ touchdown and Terrell Edmunds suddenly forgot his team had a 12-point lead. His ridiculous gamble led to Marquise Brown’s long touchdown catch that pulled the Ravens to within 5.

Big Ben himself was not as good as we’ve seen this year and his first quarter end zone interception may have been one of his worst moments as a professional quarterback. The offense itself was hit with the news that Maurkice Pouncey was out due to what we believe was close contact with a Covid positive person. That led to JC Hassenauer’s first career start.

Randy Fichtner continues to show that if it weren’t for Roethlisberger, he probably would have been fired months ago. His offensive gameplan lacks creativity and often it lacks common sense. His unit was just six of 18 on third down, 0 for two on fourth down and a horrendous one for four in the Red Zone. On Roethlisberger’s awful interception which came with the ball near the goal line on fourth down, Fichtner deployed a five-wide set that included just two wide receivers. He also had a tight end, a running back and a fullback. That formation makes little sense and the personnel he used makes even less.

The defense was dominant at times as Robert Griffin III demonstrated again why he won’t ever be a starting quarterback in the NFL. Despite his passing struggles, he still burned the Steelers several times on read option plays. He ended up with 68 yards rushing on just seven carries. Missed tackles were a massive problem and then Edmunds’ horrible decision made things even worse.

I’ll be glad to listen to arguments as to why the Steelers played so poorly. The constant back and forth of scheduling couldn’t have been easy. Getting up for a game on a Wednesday afternoon had to be weird. Playing your arch-rival who is missing so many key players had to be difficult to get past as well. But last I checked, these were professional athletes. The Ravens had all of two practices since before their Tennessee game but actually looked like the more prepared team at times. Unless we discuss clock management.

No one is going to apologize for winning – this is the NFL after all – but Big Ben was correct. The Steelers did not deserve to win this game but then again, deserve has nothing to do with it.

From a New Depth Chart to a...

Not blaming Ben for the interception before the half. If it hadn’t been 4th down he wouldn’t have thrown the ball up for grabs. Like the article said, why only 2 wide receivers on a five receiver set? Nobody’s getting open in the scenario…