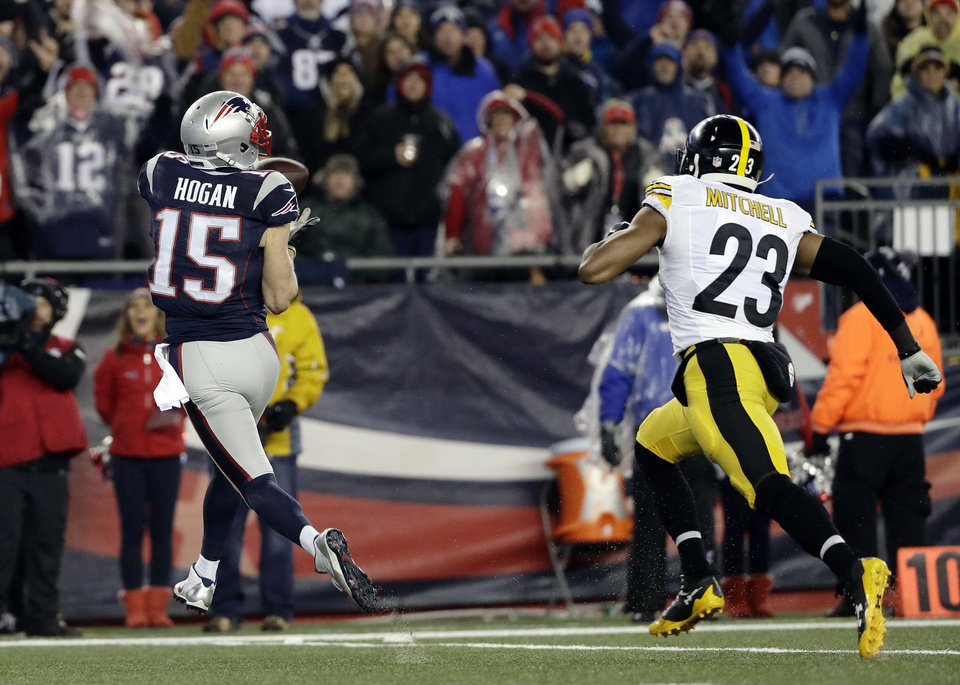 Last we saw the defense of the Pittsburgh Steelers, New England Patriots’ wide receiver Chris Hogan was sprinting past Mike Mitchell like Mitchell was a house by the side of the road. Tom Brady hit him in stride and the Patriots went to the Super Bowl while the Steelers were left to wonder a good many things.

NFL.com’s Gregg Rosenthal offered his opinion this week on the Steelers’ Defense and I understand why he thinks this defense is worthy of winning a Super Bowl. The problem is that he isn’t accounting for the issues that have plagued the D in recent seasons.

If the Steelers are going to get over the “Patriots’ Hump” then they must have better play in the secondary. Ross Cockrell is a solid cornerback but his skills are limited to being a predominantly zone defender. It doesn’t take a genius to realize the defense’s inability to play man coverage was a significant problem in the AFC Championship Game. Cam Sutton has been working at the boundary cornerback since his arrival and if he can take the job from Cockrell then that will help make the secondary more versatile. That’s a major ‘if’ however.

The lack of consistent pressure last year was also a red flag and why Rosenthal thinks this will suddenly change is a a bit troubling. Javon Hargrave should no doubt be better and a ‘healthy for 16 games’ Bud Dupree should increase sack totals as well. But where are the rest of the sacks coming from?

If Cam Heyward and Stephon Tuitt are relied on again then that’s a problem. As many changes as this defense has gone through, pressure from the edge is still crucial. I expect T.J. Watt to contribute but that means four or five sacks. If he goes above that? Awesome! But is that a realistic expectation?

Rosenthal must also factor in lack of depth on this unit as well. Behind Ryan Shazier and Vince Williams are a collection of inexperienced players. We saw what the lack of depth on the defensive line was like last year when Heyward went down. Tyson Alualu will help but if Mike Tomlin has to rely on Dan McCullers or L.T. Walton more than he wants to then expect issues of the negative variety.

Health is always the most important factor for any unit and it has affected the Steelers’ D more than we’d like to admit. I agree with Rosenthal that the potential for a Super Bowl worthy defense is there but improvements and health must be had. Significant points by the offense could go along way toward helping the defense too but that’s a whole other matter.

I got to thinking what it would take to beat the Patriots. Then it dawned on me man this team can really morph. We may have better players but they certainly seem better prepared.