Obviously we’ll begin with the latest on Ryan Shazier. The Steelers and General Manager Kevin Colbert released a statement early this morning which I’ve linked here. What I’ve learned behind the scenes is that this isn’t as bad as we all feared. That said, it is still a very delicate situation. ESPN reported via Vince Williams that Shazier had movement and feeling in all of his extremities.

While Sean McDonough of ESPN should be given credit for his honesty regarding the horrible officiating last night, he and Jon Gruden should both be embarrassed by their preaching about the “dirty hits” in the game. I have NEVER heard anyone go so out of their way to defend Vontaze Burfict as I did last night. He is exactly the type of player the NFL needs to get rid of…

As for JuJu Smith-Schuster, his hit on Burfict is also something the league is trying to eliminate. Whether Burfict “had it coming” is beside the point. In my opinion, the biggest mistake JJSS made was standing over him. The officials got that one right. It was taunting and it deserved to be flagged.

Can’t say enough about Antonio Brown’s toughness last night. Not only was he playing injured (a toe injury ended Jack Lambert’s career so don’t make fun of toe injuries) but he took a couple of vicious shots and kept coming back for more.

Le’Veon Bell is the Swiss Army Knife of the NFL. He just does everything and he does it well.

Have to credit Mike Tomlin and Keith Butler for going to rookie Cam Sutton last night in the second half. Coty Sensabaugh was struggling and needed to be pulled. Sutton wasn’t perfect, but he was better than Sensabaugh.

The Steelers entered the 2017 season dangerously thin at inside linebacker and now it’s worse. Tyler Matakevich went down with a shoulder injury and while I thought L.J. Fort was more than serviceable, the major issue was Butler being able to communicate. That’s where William Gay came in and was a huge factor in getting guys where they needed to be. Still, the ILB position will be addressed immediately I’m sure.

Really solid performance from Ben Roethlisberger last night rallying the team from down 17 points. He took some serious shots and kept getting off the turf. Loved his answer when asked about the physicality of the game. “That’s AFC North Football.”

We’ve said this a long time on our podcasts and in articles and we get bashed because many fans can’t separate Alejandro Villanueva the Army vet from Alejandro Villanueva the left tackle but he struggles mightily with speed rushers. Rookie Carl Lawson had his number the entire night. AV has to work on his balance which is often what gets him in trouble.

If you want a reason why I and many other Steeler fans get so pissed at Todd Haley then last night was another example. Much like the Jacksonville game where the Jags had the NFL’s worst run defense, the Bengals were near the bottom too. But Haley came out throwing and Le’Veon Bell never got started. As poorly as the D played in the first half, that didn’t help at all.

Can’t believe it after last night but…. It’s Ravens’ Week.

While JuJu Smith-Schuster was being interviewed about his hit on Burfict, Antonio Brown walked behind him and kept shouting "Karma, it's called KARMA." Burfict, you may recall, gave Brown a concussion in 2015 playoffs

Both teams had touchdowns called back on very weak penalties. Bitch all you want to, it was a wash.

That Chris Boswell kid has rounded into one helluva a find huh? He just keeps nailing game-winners. Bengals’ fans must be physically ill when they see him come on the field.

Here’s what I agree with the ESPN crew about… Holding calls that are “questionable” are really hurting the game. They shouldn’t be called especially if they don’t affect the play. Several very ticky-tack penalties for both teams last night.

I don’t know what Dre Kirkpatrick did to Le’Veon Bell but he’s been literally destroyed by him in both games this season.

Lots more coming this week on the victory. Enjoy it Steeler Nation and get some rest!! 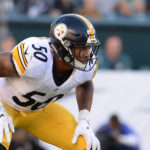 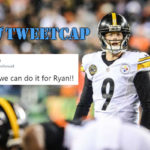