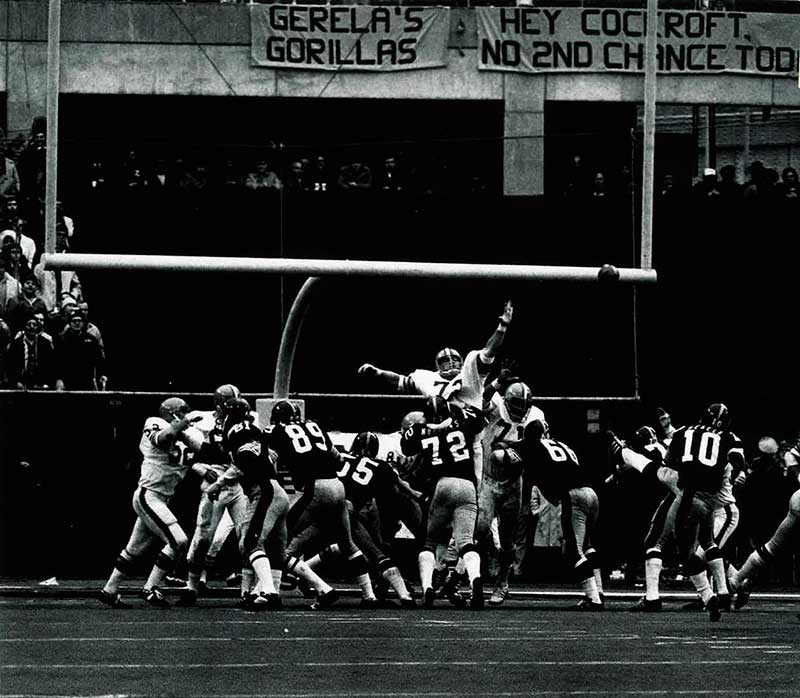 Nobody in Canada went ape when Roy Gerela won his first Super Bowl.

Well, nobody except his own fan club, that is.

In the annals of Super Bowl history, Gerela of Powell River, B.C. will forever hold forth as the first Canadian to win the Super Bowl, yet when he reached this milestone achievement, it was treated with typical Canadian understatement.

”To tell the truth, I don’t think at the time that people even realized I was Canadian,” said Gerela, 72. He played high school football in the United States, first in Maryland, then in Hawaii.

”At the age of 15, I moved to live with my sister and brother-in-law,” Gerela explained. ”I had never played football in Canada and I started the game when I attended high school in the U.S.”

A defensive back, kicker and punter at New Mexico State, by the time he reached the National Football League, Gerela’s resume read like every other player in the league.

He arrived with the rest of the Steelers to tangle with the Minnesota Vikings in Super Bowl IX at Tulane Stadium in New Orleans Jan. 12, 1975.

”There wasn’t the media hype around the game,” Gerela recalled. ”You didn’t get the crush of reporters coming from all over the world to cover the Super Bowl like you do today, so me being the first Canadian wasn’t really made out to be that big of a deal. But I knew about it and I took it as a great source of pride.

”I consider it a tremendous honor to have been the first Canadian in the Super Bowl.”

Gerela converted both Pittsburgh touchdowns in a 16-6 win. The Steelers were back the following year and it was during Super Bowl X that Gerela turned in his most impressive performance.

On the opening kickoff of that game, played Jan. 18, 1976 at Miami’s Orange Bowl, the Dallas Cowboys tried a little trickery and Gerela paid the price.

”I kicked off and it went to Preston Pearson, who was a former teammate of ours with Pittsburgh,” Gerela said. ”He ran a reverse with (linebacker Thomas) Hollywood Henderson and it really caught us off guard.”

Gerela was the only man standing in the way of a Dallas touchdown and he plowed through a blocker to knock Henderson out of bounds.

”As I went through the blocker, I got hit in the mid-section and then when I hit Henderson, his knee caught me flush in the side and I cracked two ribs,” Gerela said.

Playing through the injury, Gerela kicked 36- and 18-yard field goals in the fourth quarter as Pittsburgh rallied from a 10-9 deficit for a 21-17 victory.

”I just got up and tucked the pain away,” he said. ”In a big game like that, you just have to go on.”

He would win one more Super Bowl with the Steelers, converting all five TDs as Pittsburgh downed Dallas 35-31 in Super Bowl XIII, Jan. 21, 1979, also at the Orange Bowl.

If you’re a football bettor, then you know how to read an nfl point spread. Pittsburgh was a 3.5-point favorite over Dallas, so Gerela’s five PATs provided the difference that enabled the Steelers to cover the spread.

Long before the Super Bowl triumphs, Gerela, a two-time NFL scoring champion who played in a pair of Pro Bowls, had won the hearts of the Pittsburgh fans.

Among the NFL’s early soccer-style kickers, his older brother Ted, who died earlier this year, was the CFL’s first soccer-style placement specialist with the B.C. Lions.

When Gerela arrived in Pittsburgh in 1971, the Steelers had gone through six kickers in five seasons.

He steadied the position and instantly a fan club sprouted up in his honor, with supporters coming to Pittsburgh’s Three Rivers Stadium decked out in gorilla suits, wearing Gerela’s No. 10 Steelers jersey.

”They were one of the first ones to put up a banner recognizing a player’s fan club,” Gerela says proudly.

Even though this season will mark the 55th Super Bowl, just 15 other Canadians have followed in Gerela’s footsteps and played in the big game. Eight other Canucks have won the Super Bowl, but none of them are multiple ring winners like Gerela.

”I’m sure someday, somebody will beat my record,” Gerela said.

Until that day, he’ll hold his head up high, a proud Canadian who made history in America’s game. 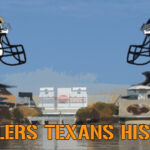 Look for the Steelers to Grab a...