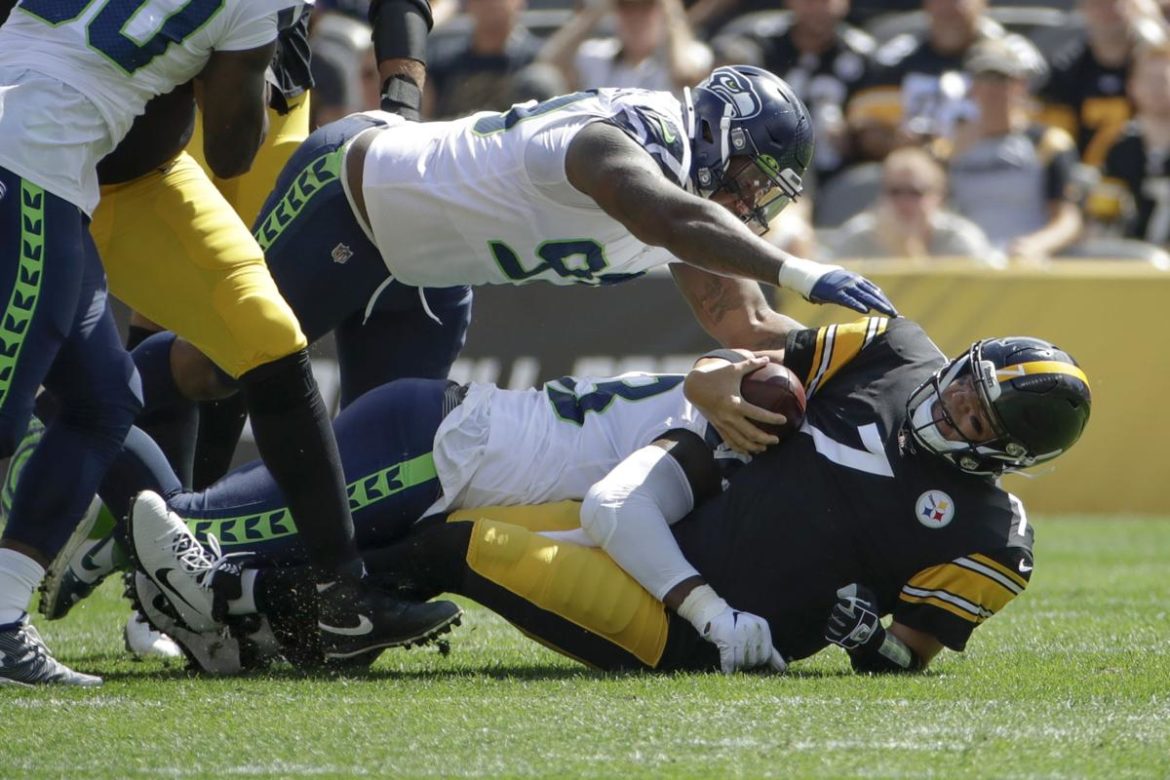 I know… This will be seen as a ‘rush to judgment’ or an unnecessary ‘knee jerk reaction’ in light of today’s loss to Seattle but I disagree. The Pittsburgh Steelers are in trouble and there are now more questions than answers as they fell to 0-2 on the season. They are already two games back in the AFC North and say what you will for Baltimore’s opponents but they are getting the job done. For Mike Tomlin and his team the panic button needs pushing.

Tomlin will do no such thing however. He will stay the course and he’ll say all of the right things which of course he should. After all, this is 0-2 as opposed to 0-7. I want to be clear here; the Steelers can turn this thing around but it’s going to be difficult. If I know Mike Tomlin his message will be “one game at a time” and that’s the right approach. In order to do that the Steelers will have to win in San Francisco next week then take advantage of Cincinnati and Baltimore in Heinz Field in back to back weeks. Stranger things have happened though right? My confidence level in him and the team is at a low point I haven’t felt in some time and there are reasons for this.

Why There Should Be Panic

Reason One. At the time of this writing Ben Roethlisberger was scheduled to have an MRI on his elbow. Mason Rudolph played decently in relief of him but couldn’t bring the Steelers back and that was no fault of his. Should he start next week and play well the rumbling will start. Had Big Ben started hotter out of the gate his status wouldn’t even be in question but because this a social media/hot take driven society you all know it will be coming whether deserved or not. I personally do not believe we are anywhere near the “QB controversy” waters yet but trust me when I say they could be on the horizon. Those are never good for a team.

Reason Two. For the second straight week we saw a defense get outcoached. It did not take the Seahawks long to realize that Russell Wilson was not going to be able to take five and seven step drops. The Steelers were absolutely pounding him and then Seattle went to a quick passing game and more running. Keith Butler and company did not adjust. The corners stayed back rather than coming up to cover the receivers. Therefore Wilson could find his guys quickly with little effect to their release. This is Keith Butler in a nutshell. He just can’t adjust on the fly and it’s no longer funny.

Reason Three. Not only are the Steelers not running the ball effectively enough but now James Conner is dinged up with a knee injury (no word on the extent yet) and Randy Fichtner apparently believes that empty sets are mandatory on every series. And while I’m at it, does Fichtner know you can take a snap from under center? This offense has no playmakers right now and that isn’t their fault per se. I honestly can’t say I’ve see Fichtner get them in positions where they can thrive.

As I stated above, I’m not throwing in the towel on 2019 by any means. There is too much talent that is bound to win games despite coaching failures that have plagued it the first two weeks. There is also nothing wrong with pushing the panic button either. It signals there are problems and should get you more desperate to address them.

The question is, will it? 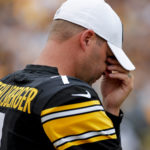 The Steelers are 2-6 over their last 8 games. The defense is currently giving up 30 points per game. It is very easy to see there are no in game adjustments. Sure we did have a few good plays but once again we looked unprepared. BTW 40 year old elbows don’t heal that fast, and he looked rusty before he hurt it. I do expect some sort of rebound but a trip to the west coast wasn’t what the doctor ordered.

Fichner is the OC in name only. Ben is essentially doing what he wants at this stage. That’s why it’s Ben in the shotgun and playground ball most of the time. When Ben was out and Fichner actually called plays with a QB who followed the script the O looked much better.