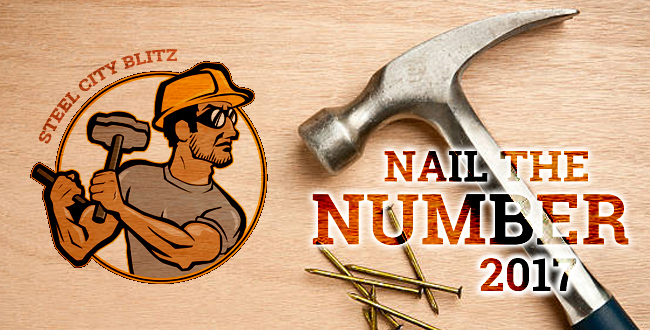 With no winner in week one, that means the pot bumps $100 so $1,100 is up for grabs!! That’s far from the only potential prize though. This is one week you don’t want to miss!

–Your entry must be in by 12pm ET  Saturday. Entries received after that will not be accepted.

-Winner will receive $1,100 and two tickets to any regular season game. If multiple winners in one week, the pot splits accordingly but no one will receive the tickets. If there is no winner the pot will increase by $100 per week until a winner. This week, if there is just one winner, we will also throw in an autographed Le’Veon Bell jersey!

100 RTs and I will add this signed @L_Bell26 bumblebee jersey to the #NailtheNumber prize fund for this week? @SCBlitz pic.twitter.com/6VTdGghPYE

SCB Steelers’ Quick Hitters: The “Is This Bud for Us?” Edition