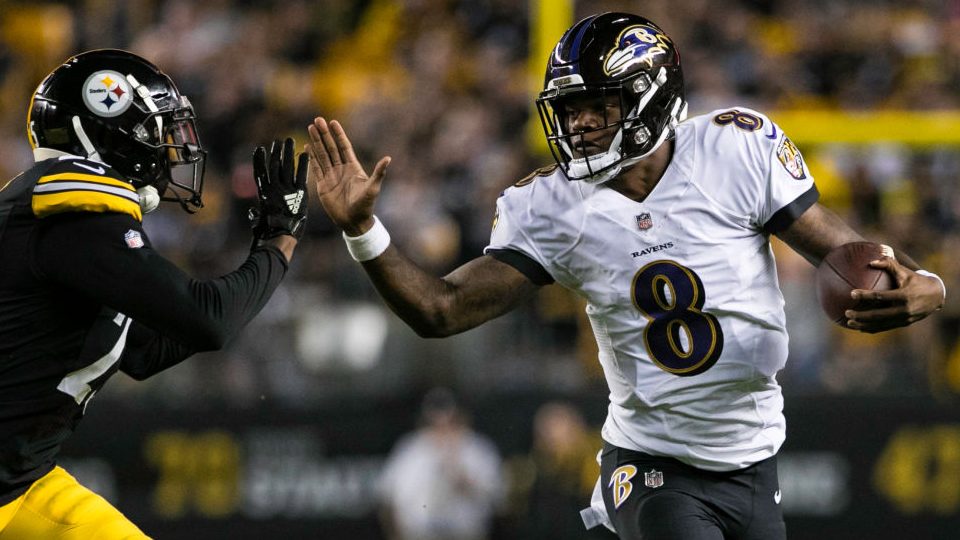 Why is it so hard to say “I was wrong?” If you’re married, you do it all of the time! Gentlemen I’m looking at you! Fans of the Pittsburgh Steelers seem to have a hard time recognizing the fact that Baltimore Ravens’ quarterback Lamar Jackson is a damn good quarterback right now. Rather than just simply acknowledge it and move on, many Steelers’ fans would rather try to change the narrative to something it is not. Let me explain.

My Own ‘Mea Culpa’

Did I think Lamar Jackson, the exciting former Heisman Trophy winning quarterback from Louisville would be a good NFL quarterback? No I did not. I thought he’d be a worse version of Michael Vick. Sure the running ability and the size was there but his accuracy would be his downfall when forced to throw. When he entered the NFL Draft his collegiate completion percentage was 57%. That’s terrible for a guy in college these days and even worse for a guy going into the NFL Draft. Now? He’s averaging about 68% and that’s despite having games where had completion percentages of 51% and 45%.

Do I think he’s destined for the Hall of Fame and one Super Bowl title after another? I’m not quite there yet but I was absolutely, positively wrong about the success he’s had so far in his career.

Many Steelers’ fans are trying to suggest that Kevin Colbert and Mike Tomlin blew it 2018 when they could have had Jackson. Instead they chose safety Terrell Edmunds who has been reliable but has not been worthy of his first round status. This is low-hanging fruit. It’s easy to go back and say “we should have drafted Jackson” just like all 31 teams have said about Tom Brady “I knew we should have drafted him.” That’s a bunch of bull.

Like Jackson, Brady was a perfect fit for the system he’s been in for 20 years. Would Jackson have fit Randy Fichtner’s system in 2018? Hardly. You don’t add a dual-threat QB to an offense that is built around Antonio Brown and JuJu Smith-Schuster. Fans need to stop trying to justify why Jackson should have been the selection. Would they be saying the same thing if Jackson had indeed turned out to be bad? Of course not!

There is little worse than having to give credit to those you despise. The color purple makes me ill at the sight of it but that doesn’t mean I’m not going to give credit where it’s due. When Baltimore drafted Jackson, their quarterback was a traditional drop back passer in Joe Flacco. The offense was based on running the football and taking shots deep where they’d either make catches or get defensive pass interference calls (I couldn’t resist). The idea of running Flacco was as crazy as Steelers’ fans thinking we should have drafted Jackson.

What Baltimore has done has built their offense around Jackson. They did not force him to assimilate to what they wanted him to do. I’m sorry but I don’t believe Tomlin and Fichtner would have done this if the shoe was on the other foot. Maybe I’m wrong in that thinking but they weren’t going to draft him any way so it’s a moot point. The bottom line here is that John Harbaugh and his offensive staff got it right. You’re damn right I hated typing that but it’s true. They’ve taken a guy who was a runner and gunslinger and made him a much more efficient thrower of the football.

The Ravens have raised the bar in this rivalry and now it’s the Steelers’ turn to do the same. So I was wrong about Jackson and you probably were too. Let’s admit it and get over it.