What was once a seemingly easy road to a 10-6 or 9-7 record seems a bit tougher today for the Pittsburgh Steelers. I watched a lot of football yesterday and specifically three teams; Cincinnati, the NY Jets and the Arizona Cardinals. While only the Jets won over a pretty bad Washington team, the Bengals and Cardinals put up good fights on the road against decent competition. As you should know by now, the NFL is a week-to-week entity where just about anything is possible. Atlanta has suddenly won two straight. Minnesota was down by 20 at home yet won. Detroit, with a backup QB took Dallas to the wire. There are never any guarantees in the NFL and especially with our Steelers who can often make things difficult against inferior competition. I fully expect a battle from the Bengals on Sunday in Heinz Field West and if our team isn’t ready for that then it’s going to be another long weekend for us.

Over the weekend the Steelers cut both RB Tony Brooks-James and OLB Jayrone Elliott. They did this to make room for WR Deon Cain and RB Kerrith Whyte Jr. Here’s what I’ve been told about these moves. First, the performances by Trey Edmunds and Jaylen Samuels in blitz pickup Thursday night were awful and that’s a big reason White is coming aboard but he’s also fast (sub 4.4 forty) and a kick returner. In the case of Cain, the former Clemson product is from South Carolina as is current Steelers’ QB Mason Rudolph. The two spent a lot of time working out together this past offseason. This doesn’t mean they are the next Bradshaw and Swann but it should help having some familiarity.

Imagine if the Steelers had picked Lamar Jackson instead of Terrell Edmunds with their first pick in 2018? Jackson would be the Big Ben successor. And they could have found a slightly above average safety later in the draft.

This is extremely low-hanging fruit and revisionist history. Has Edmunds been worthy of first round selection? No, but the rest of the tweet is awful. Can you imagine the reaction had the Steelers chosen Jackson in the first round? Steeler Nation would have had a heart attack. Secondly, he doesn’t even come close to fitting the system and with the other talent on the offense there’s no way you change your offense to fit Jackson. Credit John Harbaugh and his staff for building their offense around Jackson but that wasn’t going to happen here. If you want to rip the Steelers for poor selections that’s fine but it’s pretty damn easy to suggest they should have taken A, B or C when they perform well elsewhere.

My Take on Kaepernick

I have supported Colin Kaepernick’sfirst amendment right to protest from day one. We are blessed to live in a country where we are allowed such freedoms. I have also supported his right to find work in the NFL. What I do not support is what took place on Saturday. The NFL gave him a great opportunity to showcase his talent at the Atlanta Falcons’ facility. Instead, Kaepernick changed the venue to a high school 40 miles outside Atlanta. Instead of 20+ teams there were 8 teams in attendance. This was never about getting back to the NFL. This was about controlling his message and drawing attention to himself. He showed up to what was a job interview wearing a Kunta Kinte t-shirt in reference to the character from the book and movie called “Roots.” I don’t normally agree with ESPN’s Stephen A. Smith but he nailed this situation this weekend. I encourage you to read his twitter comments. Lastly, I’d like to see a team call Kaepernick’s bluff and sign him. Let’s see how badly he really wants to play. 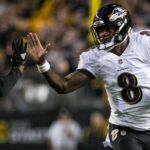