Grading the Steelers at the Halfway Mark of 2017 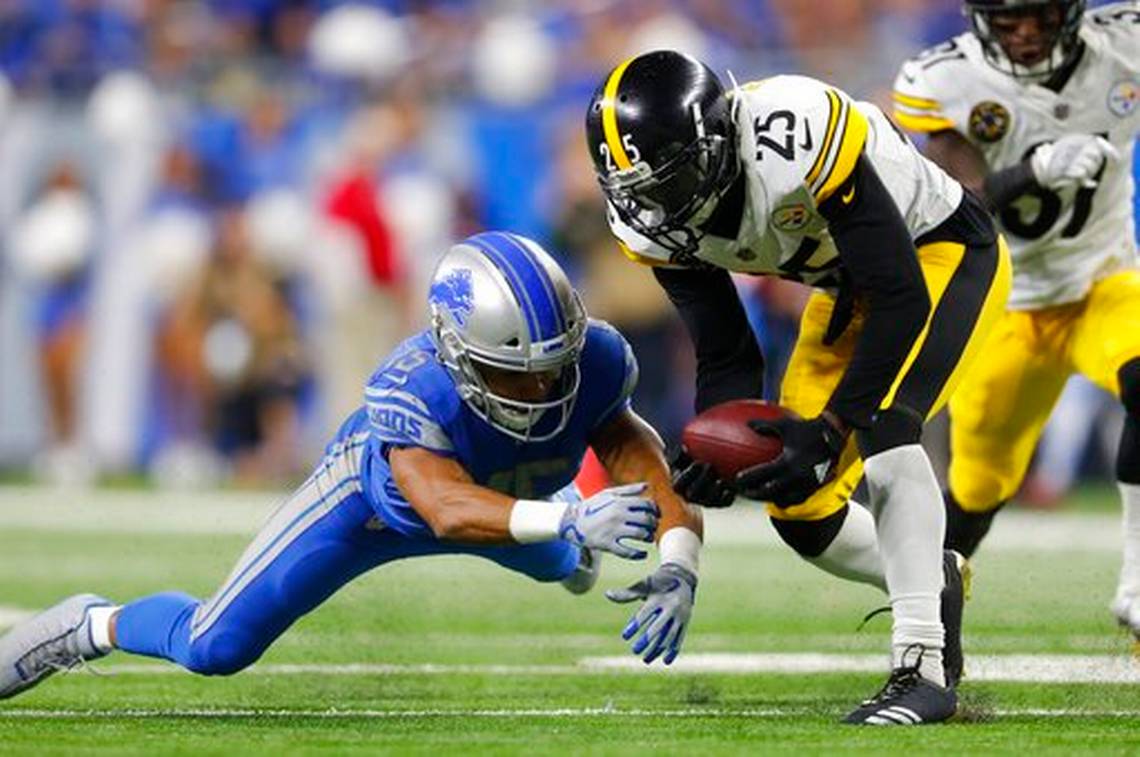 It’s once again time to grade the Pittsburgh Steelers. I always break the Steelers’ season into quarters and having already done the first four games, here are my grades for the Black and Gold at the halfway point of the 2017 season.

The Pittsburgh Offense has shown some signs of life but this unit is still not firing on all cylinders. There are still way too many failures in the red zone and the inconsistencies are too hard to ignore. Ben Roethlisberger has played better in the second quarter of the season but the five interception game at home against Jacksonville is impossible to overlook. Since that game, Todd Haley has made Le’Veon Bell the focus and rightfully so. While JuJu Smith-Schuster’s rise is good for the unit, the imploding situation with Martavis Bryant is problematic.

Chris Hubbard has done a very nice job filling in for Marcus Gilbert and the offensive line as a whole has been solid. The tight end position is still troublesome. Jesse James cannot block consistently and Vance McDonald is dealing with a knee injury that could be more serious than thought. Overall, the last four games has seen some improvement but unless they solve their red zone problems another playoff exit is looming.

DEFENSE: B+, Previous Grade B

Keith Butler will never be Dick LeBeau especially to those who believe that “Coach Dad” could walk on water. But make no mistake, Butler has taken a D that was among the oldest in the league and has made it younger, faster and just as good. Despite being riddled by Matthew Stafford’s bullets Sunday night in Detroit, the pass defense has been solid. This is part due to better coverage but also more consistent pressure with four and five man rushes.

Ryan Shazier is having an all-pro season and will deserve mention among the Defensive Player of the Year candidates. His presence along with that of Cam Heyward, has made this defense a difficult one to score on. T.J. Watt has had an impact with four sacks and an interception and Joe Haden may be the team’s best cornerback right now.

There are still issues however that need to be fixed. Stafford’s big arm helped expose a serious weakness in the cover 2. The safeties are not getting over quickly enough to defend those throws in the window of that coverage. Pressure from the outside backers needs to be more consistent as well. Bud Dupree is still not the force on a regular basis that the Steelers need him to be and too much reliance on Mike Hilton blitzing from the slot becomes predictable.

Either way, this unit just keeps getting better and a healthy Stephon Tuitt would help that as well.

SPECIAL TEAMS: B, Previous Grade B

Talk about a roller coaster ride… Danny Smith’s unit is all over the place. There is very little threat in either the kick return game or event he punt return game with Antonio Brown. At this point, I believe him to be back there to catch punts and not get hurt. Punter Jordan Berry ranks 32nd in the NFL and that’s a problem. While he’s always been adept at knocking balls inside the 20, his inability to hit big punts when needed is troublesome.

The good news for this unit is that Chris Boswell just keeps right on trucking. He’s 18 for 20 this year and is 68 of 77 overall. That’s a career FG percentage of 88%. He is also booming kickoffs deep into the end zone on a fairly routine basis as well.

What cannot be unsaid is that the punt team executed a perfect fake punt against the Bengals. That type of execution was something I always had great concern about. Now whether or not I would have wanted to pull off such a thing is another matter. It worked so we’ll move on.

Coaching Staff: B, Previous Grade B-

Mike Tomlin has handled some of the drama as well as most could. I think there are certainly things to nitpick but overall he’s down a good job. His clock management snafu at the end of the first half against Cincinnati did not comeback to bite the team but was another example of an area where he needs serious improvement.

Todd Haley has been much better the last three weeks. The problem is that the gameplan against Jacksonville was so glaringly awful that it cannot be forgotten or dismissed. In recent weeks however he’s relied more on the running game which has taken some pressure off of Ben Roethlisberger to do too much. Going forward, he must find ways to keep everyone happy which isn’t easy.

As I mentioned above, Keith Butler has gotten better and better. I still question why he relies so much on three-man rushes but there’s always areas to critique. He has to be careful with the safety position because there is literally no depth there that the team can rely on for any extended period of time.

Overall: B+, Previous Grade B

The easiest thing to mention here is health. The Steelers are one injury away on either side of the ball from being just ‘another team.’ If they can stay healthy however, the sky is the limit. The Steelers will play home games against a Green Bay team without Aaron Rodgers and an inconsistent Tennessee Titans’ team. Their two road games are at Indianapolis and Cincinnati. Anything less than 3-1 in their next stretch would be considered a failure.