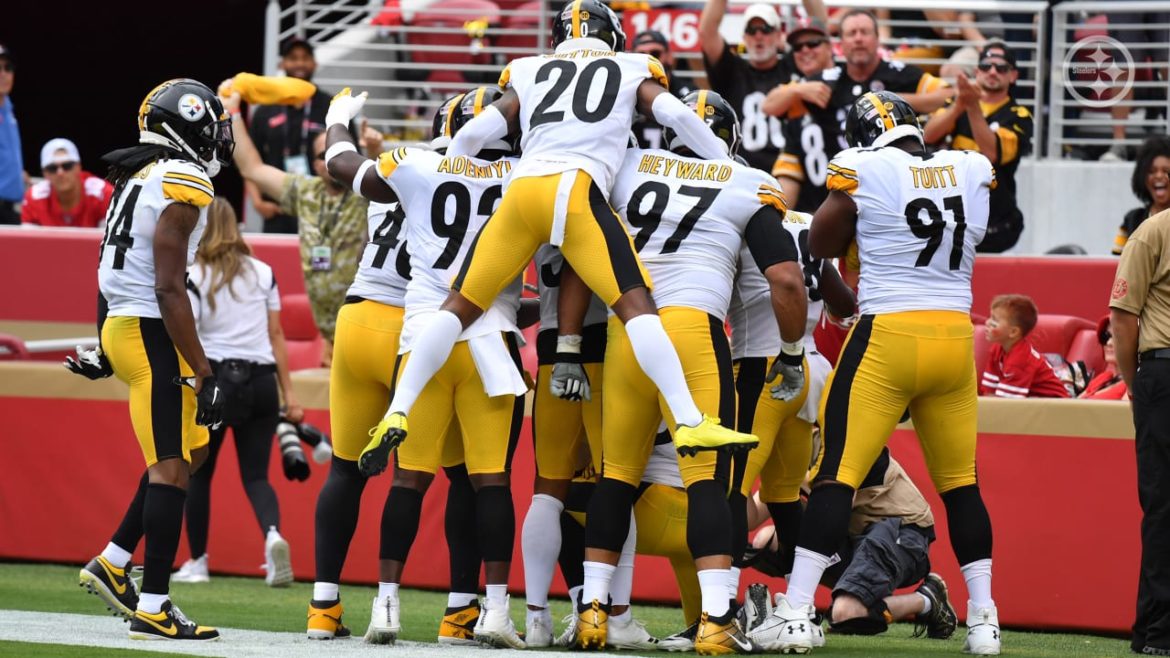 Long-time Steelers owner, Art Rooney paid a $2500 franchise fee, in 1933 during the height of the Depression, to the NFL for the rights to establish a team in Pittsburgh. There is some doubt about the truth of the matter, but no one ever discounted the story. Legend has it Art made the money from a winning parlay bet at the track. His betting endeavors do not simply end there either! During these early years owning a football team was not quite as profitable as today, he used the $160,000 payout from another winning parlay to continue funding his team. He later sold the team to Alex Thompson, a New York Playboy, and then used the proceeds of the sale to buy a 70% stake in the Philadelphia Eagles.

So, Art Rooney, founding father of the Steelers, not only paid for the NFL franchise with money derived from sportsbetting, but he continued to fund the team that way. Those two bets and probably many others turned into a tidy profit that eventually left him with a neat $500 million profit by the end of his time. Art Rooney lived the American dream and obviously loved gambling, admitting to the fact under questioning by the FBI. A 1946 FBI report even linked Rooney with a group that owned and operated slot machines around the Pittsburgh area.

With Art’s passing in 1988, he left an equal share to his five sons. Dan Rooney, now the majority shareholder, took several years of convincing to talk his brothers into selling their shares to him. By late 2008 things eventually came to a head after NFL regulations banning team owners from involvement in gambling establishments forced two of Dan’s brothers into relinquishing their shares to him. The restructure left Dan holding an 80% share in the team.

How this Lead to Online Slots

The brothers chose to sell their team shares to Dan since both operate racetracks with slots machines on the premises, which the two preferred to concentrate their attention on. Operating a land-based gambling establishment in the US has become an increasingly attractive proposition since state law determines all online casinos can only qualify for an operator license if formally partnered with a land-based casino. This means many land-based casinos now enjoy a substantial advantage from an increase in revenue due to their licensing of online casinos. The recent legalization of online casinos in the US also means many people who were previously unable to go to a land-based casino now had convenient access to a vast variety of online casino games. Playing at an online casino offers many advantages, but one of its greatest benefits is that many sites offer many games that are free to play and without downloading. This means a massive variety of free online slots games have become available to US players.

Traditionally, since the 1960s the Steelers resisted trading any first-round picks. In contrast, during the past few years the Steelers, on several occasions displayed unorthodox behavior at times when it would provide them with a winning edge presently or somewhere down the line in future. To date, their educated guestimates have proven correct, paying-off handsomely in the future. Proof of this come through the 2017 signing of Tyson Alualu, which proved so effective it countered the loss of Javon Hargrave the 2016 third-round selection who closed a long-term contract as defensive tackle for the Eagles during the offseason. 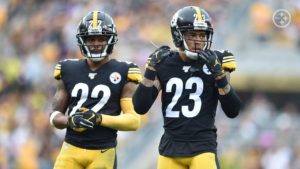 Joe Haden’s signing also came as a surprisingly huge move for the Steelers, but made sense considering the situation in which Pittsburgh was in at the time with its cornerback, they took a calculated risk which again paid off quite handsomely. Signing Steven Nelson was also a huge gamble, especially after the Chiefs chose not to offer an extension after the expiration of his rookie contract.

Arguably one of last season’s most underrated players, Nelson contributed notably to Pittsburgh’s third place league finish in pass defense. The Steelers recent trend for making successful unorthodox moves continues with two major ones, in 2019 & 2020 with Colbert’s trade and Devin Bush’s acquisition to upgrade their inside linebacker options after having lost Ryan Shazier in the late 2017 season.

Despite the focus remaining on defense from 2014 through 2019 for the Steelers, Pittsburgh continued to place emphasis on getting the right offensive pieces in position for the future. Players showing enough promise to have the potential to become tomorrow’s offensive stars. The 2020 Steelers team was the first to start 4 – 0 since Pittsburgh’s 1979 Super Bowl team that managed to take home four Vince Lombardy trophies in six years. The ’79 team boasted the talents of Terry Bradshaw at quarterback during a two-year peak in his career.

Ben Roethlisberger, a year past elbow surgery, bulleted three touch-downs to Chase Claypool, rookie receiver that also made the necessary yards to become the first Steeler to nail three touchdowns in a single game since 1969, having ground-out 136 yards during 32 carries resulting in 2 more touchdowns. Despite the attention paid to Steeler defense after its dominating 2019 performance. In light of this, the Steeler’s offense has proven to be more than capable so far this season.

In 2017, Kevin Colbert, arguably the best executive at evaluating prospective receivers nominated JuJu Smith-Schuster for his second-round pick. An immediate starter in Pittsburgh, JuJu, as rookie burst onto the scene, winning Team MVP for 2018, going on to establish himself as the #1 receiver at the start of his final contractual year for the Steelers. The same year, further in support of and adding to the team’s success comes Pittsburgh’s third round pick James Conner as new running back for the Steelers.

In 2018, Conner earned his Pro Bowl honors having churned out a per-game average of 113 all-purpose yards. In the wake of an injury ridden 2019 Conner marked his return to top form with a spate of consecutive of 100-yard rushes so far this year. Both players turned out superlative performances supported by teammates with matching skill levels, arriving in the form of the 2018 second-round pick receiver James Washington as well as 2019 third-round pick receiver Diontae Johnson, joined by Benny Snell, running back, and rookies Anthony McFarland at running back, and Chase Claypool as receiver. This un-starred draft grouping at its core still leaves the Steelers with its best skill positions depth since Tomlin’s taking the helm in 2007.

If asked, most fans of the offense will include the 2014 Steelers as a prime example of maximized achievement. 2014 earmarks the year Big Ben tied for the NFL passing title with Drew Brees, simultaneously Le’Veon Bell and Antonio Brown both recorded the best seasons of their respective careers. Their offensive strength culminated in a year where Pittsburgh experienced no problems racking up points. However, a less than on par defense saw the Steelers wind-up 18th position in league scoring, 27th position in allowed passing yards, and 28th position allowed touchdown passes.

Down to Brass Tacks

One of the more effective, but highly underrated tactics which the Steelers can use to improve their in-game advantage, is the “tackle for loss” since it immediately eliminates most of the playbook. Turning the advantage even further in Pittsburgh’s favour is that they are not only good at it, in fact they currently lead the NFL in successful TFLs. With 42 TFLs in 5 games Pittsburgh currently boasts the highest TFL stats of any defensive lineup since 2008.

Leading the league in TFLs could further turn the odds in favor of the Steelers, it means that you often get ball carriers before they can ever get started, which remains one of the most effective ways of preventing players like Derrick Henry from getting up to speed. Another important issue to resolve is finding a capable replacement for Devin Bush.

Undoubtedly Ben Roethlisberger remains the switch that turns up the heat behind the Pittsburgh offense. After 17 seasons for the Steelers Big Ben undoubtedly stands behind one of the strongest and most talented units this year, and his post elbow surgery performances proves he’s still at the very top of his game.

To allow the Steelers to perform at their best they may need to re-look at the blocking schemes is their playbook. The team can have good offense and still score good points without a brilliant running game, however, it is unlikely for the team to rack up a ton of game wins if they do not develop the capacity to close out. Furthermore, a raft of other adjustments and alternative moves and plays need to be made on a weekly basis depending on their opponents to keep the defense solid and the offense fresh.

Why the Pittsburgh Steelers are the Best...