I’m not sure if you caught some of the Steelers’ Zoom meeting with the press this week but there was a very obvious tone that I picked up and I’m sure you did too. As players like Minkah Fitzpatrick held their individual meetings, other players found their way into those meetings and hilarity ensued. It’s easy to say that this group is just overjoyed as any other team would be after five straight wins to start the season. But it’s clear to me that the core veterans on this team are as tight-knit as any group in Pittsburgh maybe since the great Dick LeBeau defenses back in the late 2000’s. There is a happiness and an overwhelming sense of belonging within this team that as fans, we absolutely love to see. Our true character of course is revealed when times are the most difficult and this team will no doubt face adversity long the way and I don’t just mean Covid. This is a fun, hard-working and enjoyable group of guys that make being a Steelers’ fan even more exciting.

We recorded episode 192 of the Steel City Blitz Steelers Podcast last night and as usual, we had plenty to discuss. From the win over Cleveland and Devin Bush’s season-ending injury to the Titans and Derrick Henry. We covered a lot of ground in this one and as always had time for some laughs and predictions as well.

That one time when @tpolamalu did this against the Titans 😱 #tbt pic.twitter.com/svjMJxLmeX

Injury Thoughts… From everything we are told, there’s nothing to worry about in terms of Big Ben who had his usual day off Wednesday and then practiced only on a limited basis Thursday. I’ll take them at their word but I’m concerned… Titans’ TE Jonnu Smith was a full-go and I’m sure he’ll play. He’s a major offensive weapons for Tennessee… Keep an eye on DeCastro today. If he practices fully then he’ll start on Sunday.

The Steelers offense is able to move the ball and score on Sunday. Not because that’s what we’ve been seeing but because the Titans’ defense might not be as a good as many think it is. They give up over 25 points per game and rank in the bottom third in total defense and pass defense. I expect this game to be a war but I think the Steelers have seen better defenses this year. 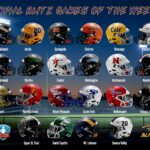 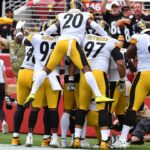