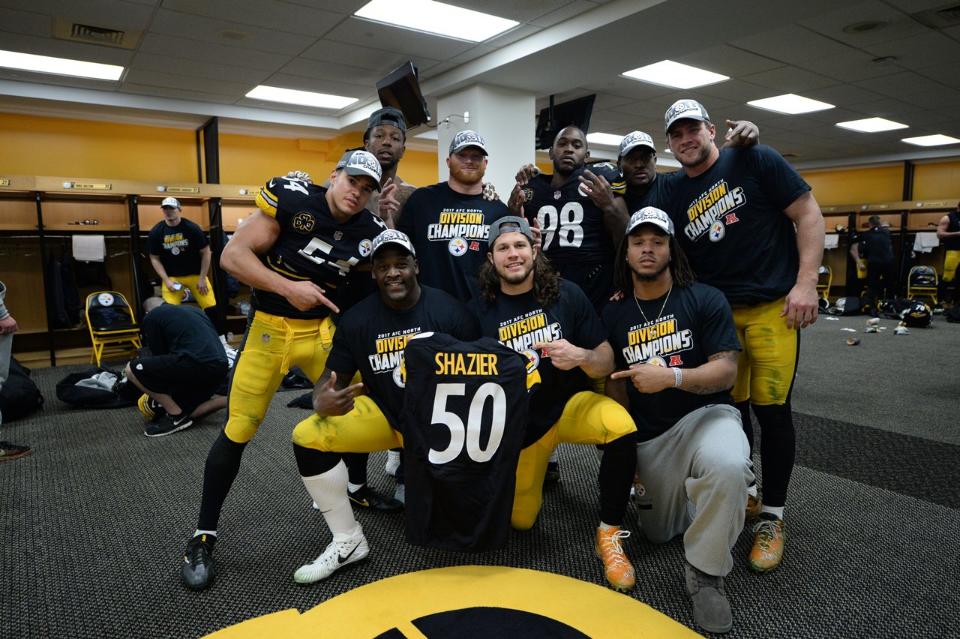 The Steelers defense has not been the same since Ryan Shazier was carted off the field in Cincinnati. The inside linebacker position has been a revolving door between Vince Williams, Sean Spence, LJ Fort, and William Gay. The Steelers have been pieced together their coverage schemes with rookie third rounder Cam Sutton on the outside who took over for the ineffective Coty Sensabaugh in Cincinnati. After giving up 38 points to the Ravens and allowing 11 fourth quarter points to the Patriots, the Steelers defense has a chance to get back to basics and re-establish themselves over the last two games. Fortunately, the Texans and Browns rank at or near the bottom of the league in a number of offensive categories.

Last week, Cam Heyward became the first Steelers player since 2010 to record double-digit sacks in a season. Behind Heyward, three linebackers have all found ways to get to the quarterback this year with Vince Williams (7.0), TJ Watt (6.0) and Bud Dupree (6.0) all producing. The last two games set up very well for the Steelers pass rush. The Texans have allowed the fourth-most sacks in the league (45) and the Browns the 7th-most (43).  TJ Yates, who will start at QB for the Texans this week, was sacked 4 times by the Jaguars defense last week and once by the 49ers the week before after Tom Savage left the game with an injury. Savage was also sacked twice in that outing. The Browns have tried a few different options at quarterback but have settled on rookie DeShone Kizer, whom the Steelers sacked 7 times in Week 1. Kizer has been sacked at least once in all but one of the games he has played and has been sacked 15 times over the last 5 games.

Neither Yates or Kizer are efficient passers. The Steelers have been working to improve their coverage both in man and zone all season. Yates has completed just 45.6% of his passes this season and is just a 55.6% passer for his career. He has not been above the 50% mark in completion percentage since 2014. Yates will try to force the ball to DeAndre Hopkins, which should provide a good test for the Steelers defense to try to stop what they know is coming. For the Browns, Kizer has also been relatively inaccurate, completing just 53.9% of his passes this season. Kizer’s 54% completion percentage ranks 35th in the league this season, dead last among quarterbacks who have played in at least seven games.

All three of these factors set up very well for the Steelers defense. On the season, the Steelers are third in the league with 43 sacks. Facing two of the worst offensive lines in the league should provide the Steelers defense with ample opportunity to add to that number. If the Steelers front can get pressure, it will alleviate the stress on the secondary in the passing game. The Steelers defense has become a bit of a patchwork as they try to replace Ryan Shazier, and a solid pass rush will only make things easier on the inside linebackers. Secondly, the Steelers are in the middle of the pack forcing turnovers with 4 fumbles and 14 interceptions. However, they have only produced 2 turnovers in the last 4 weeks. The opportunity to end the season with two of the most turnover-prone clubs should help build the confidence of this defense in their ability to make plays and produce takeaways. Finally, the Steelers have held opposing QBs to a 60.4% completion rate, the10th-best mark in the league. The opportunity to take on two inaccurate quarterbacks will only benefit the secondary as they continue to work on their man-to-man coverage as they prepare for the playoffs and a potential rematch with Brady and the Patriots.