Changing the PAT is Controversial, But It’s the Right Move 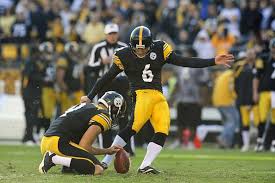 I cannot believe that I am agreeing with Roger Goodell. I might need a few minutes to let this sink in so hold on a second…

OK, I’ve processed this and find that I still agree with him (mostly) so the world will be coming to an end today just so you know.

The idea of abolishing the ‘Point After Today’ has been around for many years but it sounds like it might finally be happening.

Goodell said yesterday that the competition committee will explore the idea this offseason. I would not expect a change until the 2015 season however.

I like the idea because the PAT kick has become tedious and there is little reward for the defense. If they block it, yes they stop the opposition from gaining a point but under NFL rules they cannot return it for two points as is the rule in the college ranks. Therefore the motivation was lacking.

The option that Goodell said they would explore is this; If a team scores a touchdown, they could just take seven points but would have the option of going for an extra point to get to eight but if they fail, they go back to six.

I see what he is trying to do but I don’t like it. There’s no reason to over-simply this. A touchdown is still worth six-points and then the team would go for two.

The players past and present would overwhelmingly tell you that they hate the PAT. Those on defense especially despise it because there’s little they can do with kickers being able to launch the ball so high now. Plus the risk of injury is still there on what amounts to a meaningless play for them.

According to Goodell, there were five unsuccessful PATs this past season out of over 1,200 PAT attempts. That’s a pretty healthy percentage for kickers at a time when most fans get up to grab a beer and use the restroom.

By forcing teams to keep their offenses and defenses on the field this will eliminate most fans from tuning out following a touchdown. Now you’d have a serious scoring opportunity after a touchdown.

Keeping the PAT as is just because it’s ‘tradition’ requires a more open mind. Kickers are too accurate today and a change is needed in this area. I’m open to any suggestions….

Should the PAT just simply be another offensive play as if going for two but you just get one point?

I liked former Vikings’ punter Chris Kluwe’s idea. The ball for the PAT must be snapped from the same spot on the goal line as where the ball crossed. This is similar to rugby and would create some awesome angles.

Change is part of life and nearly everything this commissioner has amended or tried to change I’ve disagreed with but this is an idea I can get on board with and I’m terrified I just wrote that.

Changing the PAT is Controversial, But It’s the Right Move was last modified: January 21st, 2014 by steeldad
extra pointsNFLPATsRoger Goodell

Are The Steelers Ready for a Gay...

So if this were to go down, and it’s still a big if..do we think teams are really going to use the option for the extra points unless the game is on the line? I can see most of the time things staying at 7 points.

That’s why I think it’s smart to start out by moving the PAT back 15-20 yards if not further. If Goodell really wants to change things then start there or just make the conversion 2 points. Either a team walks away with six or they walk away with eight.

This is probably the first thing they’ve talked about that I’ve agreed with. I don’t want more games, more playoff teams, a team in London, bring back kickoffs…

Football is a game of repetition and routine and when change like this is suggested people freak out. I’m open to discuss any ideas to make the PAT more exciting and more meaningful. I’m also open to other things that make kickers less a part of the game!