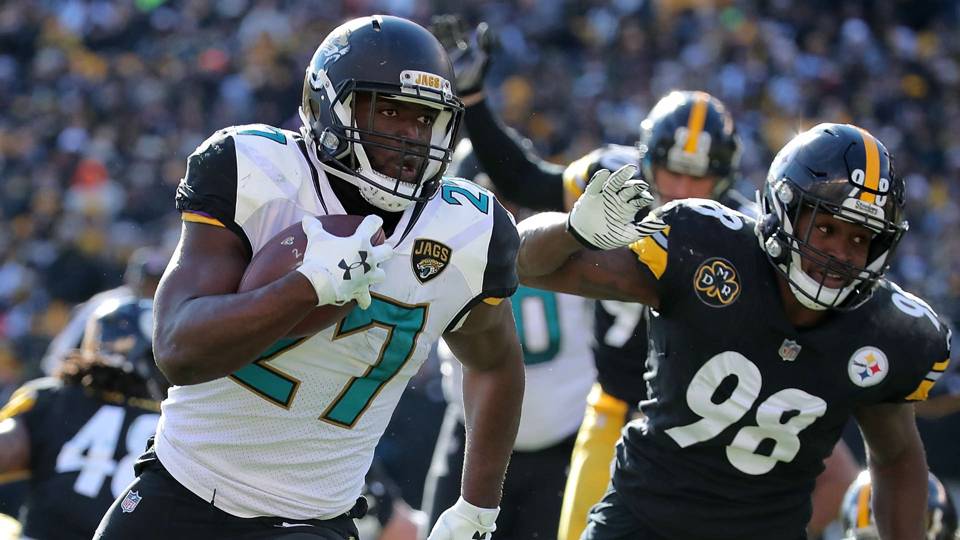 In the aftermath of the 2017 season, the Pittsburgh Steelers could have easily had a picture of Leonard Fournette adorning their tombstone. Perhaps the better image would have been a picture of his back because that’s much appropriate isn’t it? After all, the Steelers’ defense spent a great deal of time looking at Fournette as he pulled away from them time and time again in the two different contests the two teams had in 2017.

Fournette has played in just three games so far in 2018. He rushed for 41 yards in week one, 30 yards in week four and then 53 yards yesterday in Indianapolis. The reason he hasn’t played has been a lingering right hamstring injury but if you’re a Jaguars’ fan yesterday was a reason for optimism. In his first two games he ran the ball just 20 times. Yesterday in a loss to the Colts he rushed 24 times. That could spell bad news for the Steelers because there are some folks suggesting he could be getting ready to ramp things up.

In 2017, Fournette faced the Steelers in week five. He rushed 28 times for 181 yards and two scores. Some will tell you those stats are a bit misleading because Fournette ripped off a 90-yard TD run to cap the scoring in his team’s 30-9 win. Call it whatever you want to but the damage had been done to a Steelers’ defense that had a healthy Ryan Shazier at the time.

The Steelers would get a second crack at Fournette in the postseason and Heinz Field was again the location. He ran 25 times for 109 yards and three scores in his team’s surprising 45-42 upset of the favored Steelers. The major difference this time around was that the Steelers were without Shazier who had been lost for the season a month earlier in Cincinnati. The writing had been on the wall though for what the Steelers should have expected.

In the four games after Shazier’s injury the defense surrendered an average of 139 yards rushing per game. Therefore was it a big shock that Fournette had run well? No, simply because Keith Butler and his staff had not yet adjusted to ‘life after Shazier.’

This time around there are numerous factors that are different compared to early January. For starters, the secondary is playing better which means Blake Bortles may actually have to work hard to throw the ball more accurately. Something he really didn’t have to worry about last season. Secondly, Bortles himself isn’t playing as well as he did last season. Following his big performance (4 TDs/1 INT) over New England in week two Bortles has come back down to Earth. He’s thrown seven touchdown passes and six interceptions. He even survived a benching in week seven. Third, the Steelers’ defense is far healthier this time around. Stephon Tuitt was a shell of himself and was not nearly 100% last season. Right now he’s playing as well as he has in quite some time.

With the Steelers’ Defense better and Fournette getting healthier, this could be quite a battle. Butler and his staff have to come up with ways of keeping Jacksonville in third and long situations. That means bottling up Fournette on those early downs. You want to force the Jags to beat you throwing and that just isn’t something they are built to do.

Pittsburgh must also tackle well, which is something they’ve improved in recent weeks but now they have to take this improvement on the road with them. Fournette is a big man and isn’t easy to stop so getting him early and before he can get rolling downhill would be most prudent.

What once looked like a difficult game when the schedule came out in the spring should not be dismissed because the Jaguars are struggling. This is still a difficult road test against a team that has confidence against the Steelers and healthy running back in Leonard Fournette.

[…] Last year in the two losses to Jacksonville, running back Leonard Fournette had quite a bit of success for the Jaguars. I asked this question last night, “Are the Steelers better prepared for him this time around?” […]