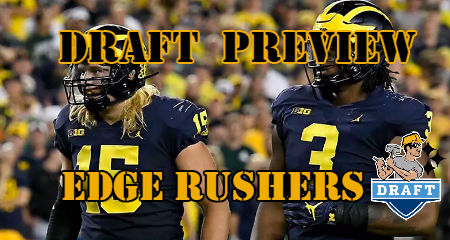 The 2019 NFL Draft is now less than a two weeks away. This year’s Draft is in Nashville, Tennessee as the NFL has decided to continue the trend of bringing the draft bonanza around the country (buckle up for Vegas in 2020). As we have done the last few years, in the weeks leading up to the Draft we will be taking a position-by-position look at the Steelers roster and where their biggest needs lie in the Draft. Last week we covered the offense and this week is the defense. Today we look at the EDGE rusher position where the Steelers have spent 3 first round picks since 2013.

The Steelers picked up Bud Dupree’s fifth-year option but have not signed him to a longer-term deal. The Steelers seem set on sticking with Dupree, at least through the end of this season. TJ Watt has emerged as an elite pass rusher on the other side after just two seasons. Behind them, the depth chart is very thin with Anthony Chickillo who is a replacement-level player, undrafted free agent Ola Adeniyi and oft-injured Keion Adams. Adeniyi had a great preseason last year and has a bit of James Harrison in his game because of his strength and shorter stature. Adams spent last year on the practice squad after spending his rookie year on IR. With depth this thin behind the top two, coupled with the fact that the Steelers need to start preparing for life after Bud Dupree, targeting a pass rusher this year makes sense.

Depending on how the first 19 picks in the draft go, the Steelers may have the opportunity to target a pass rusher with the 20th pick. That said, it is hard to know what the Steelers front office is thinking about the position. They did not add a player in free agency and seem to be content to keep Watt and Dupree as the top players. Re-signing Anthony Chickillo was a bit of a curious decision as he does not bring much in the pass rushing department. The Steelers have met with a number of early-round edge rusher prospects so the position appears to be on their radar. That said, the depth chart is mostly the same as it was for all of last season when the Steelers led the league in sacks so they may choose to address other positions of higher need.

In all likelihood, Ohio State’s Nick Bosa and Kentucky’s Josh Allen will be off the board in the first four picks. Beyond those two, Florida State’s Brian Burns will likely hear his name called in the top half of the first round. Kevin Colbert, Mike Tomlin, and Karl Dunbar were in attendance at Clemson’s Pro Day which puts Clelin Ferrell (Prospect Profile) clearly on the Steelers’ radar. Michigan’s Rashan Gary and Chase Winovich (Prospect Profile) are two names that have also been tied to the Steelers after the heavy contingent of coaches attended the Wolverine’s Pro Day. However, Gary’s position in a 3-4 defense is a bit uncertain and Winovich is 24 years old. The Steelers have not drafted a player older than 22 in the first round since Jarvis Jones in 2013. Mid-round targets include the supremely athletic Ben Banogu of TCU and Texas’ Charles Omenihu who both came to Pittsburgh for pre-draft visits. Oregon’s Justin Hollins could be a late-round target. 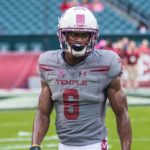