William Gay Returning to Pittsburgh is No Sure Thing 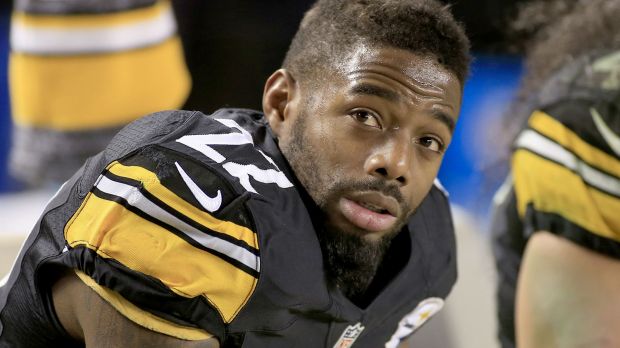 For the past several off-season, I feel I’ve written way too much about the Steelers not selecting a cornerback in the first round. I’ll probably do the same this off-season.

I believe if the Steelers staff had their way, that they cornerback depth chart would look pretty similar in 2016 as it did in 2015. The exceptions being Brandon Boykin leaving, Cortez Allen being cut, and maybe one newcomer from free agency or the mid-rounds of the draft.

I’ve seen plenty of local Pittsburgh writers mention William Gay as the most likely free agent to return to the team in 2016.

I can see plenty of reasons why William Gay would want to stay in Pittsburgh, but I could also see just as many reasons for leaving.

The two biggest pros for staying in the Steelers organization have to be the chance at winning another championship, and his comfort in the scheme, locker room, and community.

That being said though, I think there may be more demand that people expect once Gay hits the open market. Two really strong possibilities to me are Cleveland and Tennessee…

In Tennessee, William Gay would be reunited with the man that’s been his defensive coordinator for most of his career; Dick Lebeau. The Titans have a need at cornerback with Perrish Cox not playing well last season. A veteran like Gay would also be a welcomed addition into a locker room that hasn’t had much experience winning like Gay has. The Titans also recently hired Deshea Townsend to coach their cornerbacks. There would be plenty of familiar faces in Tennessee.

William Gay has played under just 3 defensive coordinators in his career. Dick Lebeau for most of it, Keith Butler this season… and newly appointed Browns defensive coordinator Ray Horton. Horton coached Gay in Arizona in Gay’s lone season outside the Steelers franchise, and was Gay’s defensive back coach for some time in Pittsburgh as well. Cleveland has some talent at the cornerback position, but with a new coaching staff you often see teams bring in familiar faces.

Outside of those guys (Lebeau and Horton) being familiar with Gay, he also just had a really good season as a slot cornerback. There’s a reason you didn’t hear Gay’s name called very often (outside of the occasional pick 6 and ensuing celebration).

When playing in the slot, there are very few cornerbacks in the league that play as well as Gay has over the past several years. When he moves outside, his production isn’t as good but he’s still not a liability.

I really think if he wanted to, that Gay could demand a pretty decent final contract extension on the open market, and get more elsewhere than he would from the Steelers.

Plenty of fans think it’d be a forgone conclusion that Gay would rather play for a contender and a chance at another Superbowl ring. Think about it though. Sure, it’s probably every player’s dream to win a Superbowl, but Gay has already done that. What exactly does winning another one do for him personally? Getting 2 rings instead of 1 isn’t going to put Gay in the Hall of Fame, it’s not going to establish some legacy of an all-time great. He’ll be a solid contributor on a championship team.

I’m not trying to take anything away from Gay, it’s just winning another Superbowl doesn’t do a whole lot for him personally. He’s also not a guy that’s made a ton of money by NFL player standards in his career, and this is probably his last contract.

He’d be great to have back, but I wouldn’t bet my money on it.

SCB Voice of the Fan Poll; Will the Steelers Make a Big Trade This Offseason? 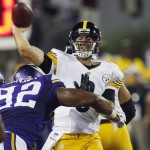 Quarterback a Likely Target for Steelers This Offeseason But Should it Be?