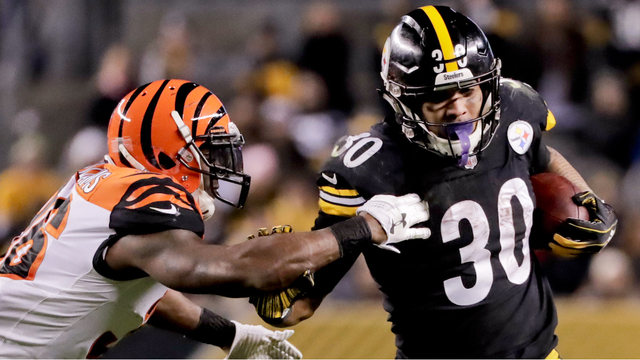 Week 16’s loss to the New Orleans Saints meant that the Pittsburgh Steelers’ playoff hopes rested in the hands of the Cleveland Browns. Unbelievably, all of Pittsburgh would be cheering for our rivals on the Heinz Field jumbotron. Despite our best efforts, the Baltimore Ravens still snatched a victory from the depths of defeat. And just like that, the 2018 season had come to an end; the Steelers had been eliminated from playoff contention.

Welcoming the Bengals to Heinz Field is never an easy task. Furthermore, divisional rivalries still mean everything, despite the Bengals having little to play for. That showed this Sunday, as the Bengals stormed to an early 10-0 lead.

Even typing that, it’s hard to imagine a team so crippled with injuries to pull ahead so far, but they did. This was largely due to a somewhat lack of desire from the Steelers early in the matchup. Moreover, the defense gave up too many big plays from simple, missed tackles. Like that of Joe Mixon’s elongated run in the 4th quarter.

Regardless, the defense began making plays as they grew into the game. T.J. Watt in particular, grabbed himself 7 tackles and a sack in the game. Along with Watt, Cam Heyward came up big with 2 sacks and 2 tackles, making easy work of a banged up O-line. Our leading tackler on the night L.J. Fort recorded 8 tackles as he continues to vouch for a starting spot on the roster.

Cameron Heyward has tied Aaron Smith (44.0) for the 2nd-most sacks by a defensive lineman in #SteelersHistory (since sacks became an official statistic in 1982).#WPMOYChallenge pic.twitter.com/mDZkn6DZVd

Overall, this defensive performance symbolized almost every game we’ve played this year. Inconsistent. Yes, they held the Bengals to 220 all purpose yards, but in honesty, the Bengals shouldn’t have scored points at all.

The offense was just as lackluster in all honesty this Sunday. In fact Jordan Berry was ushered onto the field far more than Steeler Nation would’ve liked, as he punted 5 times in the game.

On the other hand, once the Steelers found their groove, they weren’t going to be stopped. Big Ben concluded his night with 287 yards and 1 touchdown, whilst conceding an interception on an admittedly ridiculous miscommunication downfield. Besides, the 287 yards were enough to make history as Roethlisberger become only the seventh quarterback in NFL history to compile 5,000+ passing yards in a single season. He also joins the plus 450 completions club, along with Drew Brees and Peyton Manning.

Another bright spark for the Steelers was James Conner. Although he didn’t have a huge night statistically, it was great to see him back on the field. He finished the game with 14 carries for 64 yards, averaging 4.6 yards per attempt.

In the receiving core, James Washington finished his rookie season strong as he caught 3 passes for 64 yards, averaging 21.3 yards per reception. Additionally, JuJu Smith-Schuster avenged last week’s fumble as he recorded the only Steeler touchdown of the night.

Many under-appreciate the value of a kicker in the modern day NFL, but not me. Matthew McCrane stepped up big in the game, as he was under immense pressure all game long. Nevertheless, McCrane converted all 3 field goals, including a 47-yarder which nailed the right upright but remained true. Consistency on special teams has come at a premium this year more than any other, and that’s exactly why we should give McCrane a chance. If anything, it will certainly present a dilemma for Tomlin heading into 2019 if Chris Boswell can’t get straightened out.

Unfortunately, the season has come to an end. What a roller coaster ride it’s been. From the highs of decimating the evil empire, to the lows of being defeated by the Oakland Raiders. It has been a whirlwind to say the least.

This win for me epitomizes everything this season has represented for the Steelers – too little, too late. As always, we performed exquisitely against the tougher opposition and then lay down to the lesser quality teams. In addition, games only ever mattered when we started to lose, which is a dangerous game to play.

So what happens now? I would imagine a change in coaching for sure. Not Mike Tomlin though. If the Steeler organization are anything, they are bend but don’t break. That said, for me, Keith Butler’s time is up at defensive coordinator. It appears his scheming is completely outdated. Too many teams have taken advantage of mismatches, evidenced to perfection by the Saints last week. As well as that, the latest media day within which Butler expressed the threat Tyler Eifert poses showed a complete lack of awareness of what’s really going on in the league right now.

One thing I can rest assured in is the fact that the Steelers will be back next year, stronger than ever.

Steelers Road to the Playoffs Tougher Than...

No Excuses for Roethlisberger This Week

Greg, really i think there are a few that have had just enough of Tomlin.The same has been said for some time now. It’s like watching someone trying to pound a square through a circle. He isn’t going to change and neither will the results of his efforts. I feel we do have the pieces right now to win the big one. We just need the right leader or will we watch this all over again??