There is nothing good about this day Steelers’ Fans but I wish you well regardless.

The 2018 Pittsburgh Steelers did not live up to expectations. As my Grandfather used to say, “they weren’t up to snuff.” Despite the win over Cincinnati the Steelers will be home for the postseason as the Cleveland Browns could not pull off the needed win over Baltimore. This will indeed be a season of “what if’s” and quite frankly that’s every season because every NFL game comes down to a handful of plays. Some years those go your way and some, like this season, do not. It’s OK to be frustrated because you aren’t alone. More was expected from this team.

The fact that the Steelers had to rebound from a 10-0 deficit to what amounted to a J.V. Bengals squad was depressing. For a team in a must-win situation they were flat and looked quite disinterested. But I do give them credit. They fought back and got the win and as I’ve said, that’s what it’s about in the NFL.

Kudos to Matt McCrane. The young man who just arrived late this week was three for three on his field goal attempts and one for one on his PATs. Well done!

I believe we likely saw the last game for Ramon Foster. At 33, I do not see the Steelers re-signing him unless it’s for a very low amount and Foster is willing to be a backup. He has been an outstanding player and excellent representative of the Black and Gold on and off the field.

I also believe we’ve seen the last of Marcus Gilbert as well. He’s missed way too many games and will likely be cut.

I’m not a doctor and I don’t play one on TV either but Antonio Brown didn’t have any noticeable limp when he was walking into the stadium yesterday. For a guy with a knee injury I would have expected a lot more of a limp or at least a hitch in his giddy-up. Take that any way you’d like.

Tweet of the Day… This is a good question.

For those w bigger brains than I: blowing a 2.5-game division lead w six games left in NFL is equivalent to blowing what kind of lead in baseball?

I told you after the Oakland game that I was not going to comment on Mike Tomlin until after the season ended. I’ll share my thoughts later today or tomorrow.

While I realize the the Bengals were without several important offensive stars, the Steelers’ D still deserves accolades. Without Vince Williams and Sean Davis they held the Cincinnati’s offense to just six points.

Conversely, shame on the Steelers’ offense for not scoring more than 16 points against the worst defense in the league. Case in point… why throw a WR screen into the boundary with Ryan Switzer, your smallest receiver, on third and five? That made zero sense.

Congratulations to Ben Roethlisberger for going over 5,000 passing yards this season. He set numerous career highs and personal Steelers’ records this year but I’m confident he’d rather be preparing for the postseason.

L.J. Fort continues to prove he’s a valuable asset to have on this roster. Is he a full-time starter? No I don’t believe so but  Fort plays his tail off and led the Steelers in tackles yesterday with eight.

T.J. Watt made tremendous strides this year and I honestly don’t think he’s reached his ceiling yet.

Looks like the Steelers will be drafting 20th in the 2019 NFL Draft. I can’t believe we are discussing this already.

Pittsburgh will need to address Big Ben’s contract this offseason. They need to lower that cap hit. And yes the Steelers can slap the transition tag on Le’Veon Bell but I’m certainly hoping they do not.

OK, on to the offseason Steeler Nation. 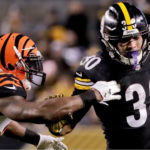 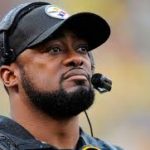