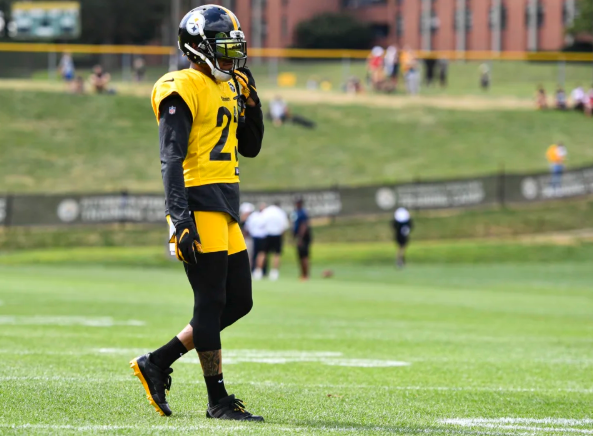 As has been the case in recent years, the Pittsburgh Steelers secondary is one of the biggest areas of concern heading into the season.  Through free agency and the draft, the team definitely took steps in the right direction towards fielding an improved secondary. However, after the release of the team’s first depth chart, it was clear that there are still issues in the secondary, particularly when it comes to depth. There’s definitely some talent in the Steelers secondary, but an injury or two could easily turn the unit back into the ever-frustrating group of years past.

The issue of depth at the cornerback position actually isn’t the biggest concern with the group. To this point in the summer, the big problem with the cornerbacks have been their inability to stay healthy. Joe Haden, Steven Nelson, and Mike Hilton are all quality cornerbacks, and will all definitely be on the 53-man roster. In all likelihood, they will be joined by Cameron Sutton and 2019 third-round pick Justin Layne. Filling out the cornerbacks will probably be former first-round pick Artie Burns, who enters the final year of his rookie contract and is looking to bounce back from a very rough 2018 campaign.  For what it’s worth (not much), Brian Allen was listed ahead of Layne on the depth chart that the Steelers released.

So, the concern here is that three of the six cornerbacks expected to make the final roster have dealt with injuries in some fashion throughout training camp. The big scare came when Haden was carted off the field at Wednesday’s practice. Thankfully, the injury only ended up being a minor ankle injury. But, the synchronized breath-holding of Steelers fans everywhere speaks to the lack of depth at the cornerback position. A serious injury to Haden would be a huge hit to a secondary that has been struggling to find an identity for multiple seasons now.

Along with Haden, Layne and Burns have had to miss time in training camp due to injuries. Though these injuries likely aren’t anything to worry about, key players missing time is not a good thing for a secondary who dealt with way too many miscommunications last year. Heading into the first preseason game, the cornerbacks are definitely a group to watch, starting with the question of who all will even suit up.

At the safety position, the issue lies within the amount of talent available. The back end of the Steelers secondary was less than stellar throughout the 2018 season. Sean Davis is the most important and best safety on the team, and he will need to become much more consistent as an all-around player. Davis has had his ups and downs in every aspect of playing safety; deep coverage, man-to-man coverage, and run support. The good news for Davis is that, for the first time in his career, he will be playing the same position for back to back seasons. He seems to have found a home at free safety. Last year, he produced his career high Pro Football Focus grade of 69.8, which was a huge improvement from the prior season. If he continues to improve, specifically in coverage, Davis could play a crucial role in the Steelers secondary finally finding an identity as a unit.

Terrell Edmunds will be joining Davis on the back end of the defense. A surprise first round pick in the 2018 draft, Edmunds was thrown into the starting lineup due to injuries to Morgan Burnett and made the most of his opportunities. Though he struggled early in the season, Edmunds did improve his play as the season progressed. He is coming into this season expecting to be the starter, with a year of experience under his belt. Edmunds has the athleticism and abilities to develop into a quality strong safety for the Steelers this season, and his improvement will be crucial to the success of the defense.

The problem lies within what comes behind Davis and Edmunds. On the depth chart, second year player Marcus Allen and veteran Jordan Dangerfield are listed next. Between those two and Kameron Kelly, two of the three safeties will likely make the team.  Flexibility and special teams will likely be two deciding factors in who makes the team. Allen, though he didn’t play much last season, definitely has a shot to make the team as a dime-backer. Dangerfield is a veteran, knows the system, contributes on special teams, and has proven to be serviceable when needed as a free safety. This will likely leave Kelly as the odd man out.

Just looking at the starters, the Steelers secondary is a respectable unit. But, with the injuries piling up, depth is shaping up to be a huge issue already. The team has some playable reserves, but they also have too many players (starters and backups) who are unproven and need to show major improvements to start the season. Edmunds and Davis need to be better as a duo, and guys like Sutton, Layne, and Allen need to be ready to produce when they are called upon. 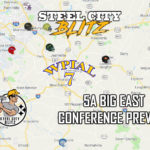 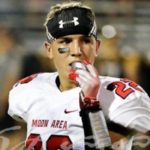