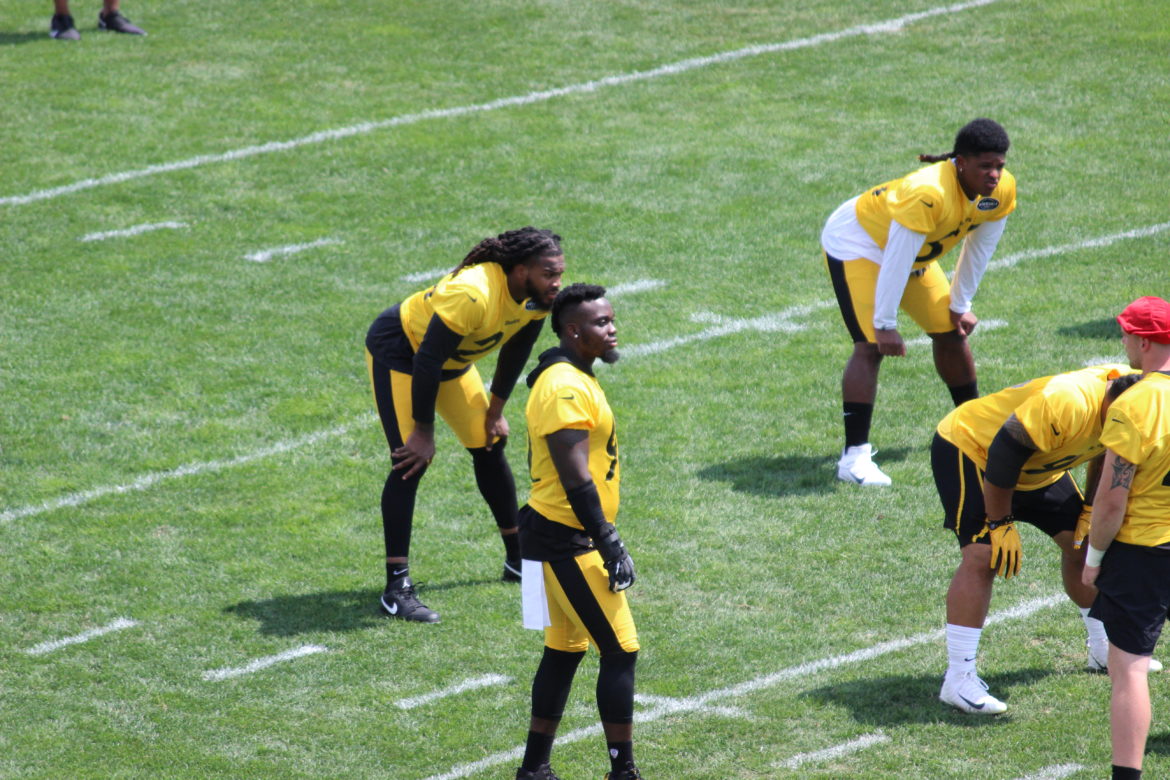 The Steelers play their first preseason game of the 2019 season this week. In just under a month, the current 91-man roster will be cut down to the final 53 players. There are a number of players who entered camp with no concerns about their status on the roster. These players are deemed “Roster Locks” that will make the final cut regardless of what happens over the next few weeks. The second group of players are “Roster Probables” that will most likely make the cut barring them getting arrested or breaking team rules or getting seriously injured. The third subset of players are on the “Roster Bubble” where a handful will make the team and the rest will not but certainly be Practice Squad candidates if eligible. Special teams play will be a key component in making decisions on which of these players make the team. Finally, given that 38 players will be cut between now and the end of the preseason, there are players who are “Likely Cuts.”

Most of the starting lineups for both the offensive and defensive sides of the ball are locks to make the team. While James Washington and Donte Moncrief will likely compete for the second starting receiver role, Washington and Oklahoma State teammate Mason Rudolph’s status as former 2nd and 3rd round draft picks puts them in the “lock” category. That is simply too much draft capital to have invested to cut ties after just one season. Similarly, the Steelers traded up in the first round to select Devin Bush this season so there is no way he does not make the team. Tyson Alualu and Mark Barron were signed this offseason and are key rotational players.

These 20 players will all likely be included on the 53-man roster unless they commit some egregious violation and get suspended or arrested. Josh Dobbs beat out Landry Jones for the backup quarterback role last year and the Steelers seem set in their top 3 QBs. Reports out of camp have not been great on either, while 4th string QB Devlin Hodges has performed well at camp. Jaylen Samuels showed abilities as a Mewelde Moore-style change-of-pace back last season and Benny Snell was drafted in the 4th round this year after an incredibly productive career at Kentucky. At Wide Receiver, the Steelers used a 3rd round pick on Diontae Johnson out of Toledo. Johnson was having a great start to camp but came down with a groin injury last week so he may miss the preseason opener. Eli Rogers spent most of last season recovering from a knee injury and Ryan Switzer had offseason surgery after playing through injury. Both are slot receivers and kick returners that have experience and a comfort level within the offense. Rogers, Switzer, and Johnson will also likely compete for kick returner duties.

At Tight End, Xavier Grimble is unfortunately best remembered for fumbling on the goal line in Denver last year but a lack of any depth behind him slots him into the #2 TE role, though this is a spot the Steelers could definitely look to improve with a preseason roster move.  On the offensive line, the starting right tackle spot will be an open competition in camp between Matt Feiler, Chuks Okorafor, and Jerald Hawkins. While only one will win the starting job, all are likely to make the roster. BJ Finney is the top backup at all 3 interior line positions.

On the defensive side of the ball, the Steelers signed NT Dan McCullers and OLB Anthony Chickillo to contract extensions this offseason. Neither are outstanding players but the lack of depth behind them slots them both into the “Probable” category. Similarly, Tyler Matakevich is extremely limited as an inside linebacker but brings a lot of value on special teams. He will likely be the 4th inside linebacker based solely on special teams ability and being able to step into Vince Williams’ Buck LB role in the event of injury. All reports out of camp have been that Ola Adeniyi has been wrecking everyone, elevating him not only into the “Probables” category but into contention for the #3 OLB spot.

In the secondary, the Steelers will likely keep 6 cornerbacks. After Joe Haden and Steven Nelson, the depth chart is in flux. Mike Hilton has value as a slot corner and the Steelers investment of a 3rd round pick in Cam Sutton likely keeps him on the team. Justin Layne has a lot of upside and was a 3rd round pick this year, making him nearly a lock to make the team. The Steelers brought in camp competition for all 3 specialist positions, but given Jordan Berry’s recent contract extension it seems like the punting position is his to lose.

We have listed 45 players above in the “Locks” and “Probables” categories. This leaves 8 open roster spots to be filled by players on the bubble. Of these 8 roster spots, one will absolutely be filled by a kicker. Chris Boswell has out-kicked Matthew Wright so far during camp and seems to have the edge in that battle. Additionally, the Steelers typically keep at least 4 safeties and with only 2 listed above (Davis and Edmunds as locks) it is likely at least 2 of the 4 players listed here will make the team. Special teams play could be the key deciding factor there. When Sean Davis went down with a finger injury during camp, AFL star Kam Kelly stepped in and took first team reps, elevating his chances.

When Mike Munchak was the offensive line coach he was able to convince Mike Tomlin to keep 9 linemen. There are 8 linemen listed above but only one backup interior lineman (BJ Finney). This opens the door for Patrick Morris (who spent last year on the practice squad) and UDFA Garrett Brumfield to compete for a spot. Additionally, Zach Banner was on the team last year as a backup lineman and the Steelers took Derwin Gray in the 7th round this year so they deserve bubble consideration. Tight End Zach Gentry was a 5th round pick out of Michigan and it has been 5 years since the Steelers drafted someone in the first 5 rounds who did not make the team out of camp. That said, reports from camp on Gentry have been underwhelming other than the fact that he is a large human being. Undrafted free agent Kevin Rader seems to be pushing Gentry for a roster spot, and the Steelers could still look outside the organization for additional tight end depth.

On defense, 6 defensive linemen will likely be kept, which paves the way for a camp battle between practice squad member Lavon Hooks and 7th round pick Isaiah Buggs. Coming into camp it seemed that Ola Adeniyi would battle 6th round pick Sutton Smith for the 4th OLB spot but Adeniyi has been lighting it up and elevated himself into the “Probables” category.  The Steelers will also likely keep 9 linebackers in total, which does create a battle between 6th rounder Sutton Smith and 7th rounder Ulysses Gilbert. Sutton Smith also saw some time on the offensive side of the ball during OTAs as the Steelers looked for ways to maximize his athleticism. At cornerback, 6 players are generally kept out of camp. Artie Burns got benched last year and the Steelers declined to pick up his 5th year option making this the last year of his contract. Burns received an $800,000 roster bonus the day players reported to camp, which effectively guarantees his 2019 salary. We have said all along that Brian Allen might be better suited to be a safety than a corner, but he has not been able to sniff playing time on defense the last two years despite solid special teams play.

The Steelers will have to make 38 cuts between now and the end of training camp. Christian Scotland-Williamson is part of the NFL’s International Development Program so he can be kept on the Practice Squad as an 11th member without counting against the player limit. Devlin Hodges and Tevin Jones have both received glowing reports out of camp, but given the players ahead of them on the depth chart it seems unlikely they will be able to crack the 53-man roster. That said, we are now moving out of training camp and into the actual preseason games. Some of these players currently projected as cuts may be able to pull a Nate Washington and play their way up into consideration for the 53-man roster the preseason. Certainly some of them will garner a practice squad offers. We will check back in on these tiers throughout the preseason as injuries occur, games progress, and if the Steelers make additional roster moves. 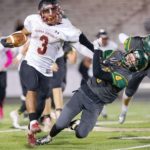 Observations From the Steelers’ Preseason Win Over...

We’re Gonna Find Out a Lot About...