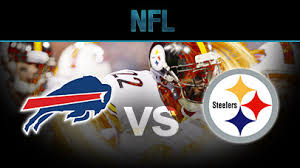 The Bills come in next week for some joint practices before the two teams play in the preseason.

Yada, yada, yada… steelers.com official training camp guide. The players are off today so if you’re heading to Latrobe you’re going to be disappointed.

-Other off days for the team are on Friday when they travel to New York, Sunday and then Friday the 15th.

-The Buffalo Bills will be in Latrobe for joint practices/scrimmages with the Steelers on Wednesday the 13th and Thursday the 14th. The two teams will be very familiar with each other when they meet at Heinz Field for the Steelers’ second preseason game on Saturday, August 16th.

-Rookie wide receiver Martavis Bryant continued to impress yesterday with great athleticism. While there is a ton more than just catching the ball that goes into being a wide receiver in the NFL, the Steelers have to find a way to get him on the field. Very anxious to see him in game action.

-The Observer-Reporter’s Dale Lolley wrote about the Steelers liking the competition at the receiver position.

-Alan Robinson and Mark Kaboly of the Tribune-Review reported that rookies Rob Blanchflower and Jordan Zumwalt were back on the field today while Jarvis Jones, Maurkice Pouncey and Ryan Shazier were not dressed. Ike Taylor was given the day off.

-Kaboly also had a lot of praise for Antwon Blake yesterday while talking with Ken Laird on Trib-Live Radio. Kaboly said he’d like to see him in a race with Dri Archer because Blake can fly as well.

-I’m going to go on record right now and say that Johnny Manziel will be the opening day starter for the Browns when they come to Pittsburgh.

-I received an email yesterday from a sports ticket tracker. They claim the Steelers are the tenth most expensive ticket (home or road) and are the second biggest draw on the road behind San Francisco.

-I heard a lot of talk on sports radio today saying that Carolina’s Greg Hardy should be hit really hard by Roger Goodell for his domestic violence situation. My question is why? The precedent has been set with Ray Rice and there wasn’t even a video of Hardy’s alleged incident.

-The Post-Gazette’s Ray Fittipaldo listed his three surprises and three disappointments in camp. The surprises were Jordan Dangerfield, Chris Elkins and Howard Jones. His disappointments were Mike Adams, Wesley Johnson and Chris Carter.

-Video for today is Ten Great Player/Coach Rants Against Officials

Direction of Steelers’ Offense is Clear After...

Hello there! This is kind of off topic but I need some advice from an established blog.
Is it tough to set up your own blog? I’m not very techincal but I
can figure things out pretty fast. I’m thinking about creating my
own but I’m not sure where to start. Do you have any ideas or suggestions?
Thanks