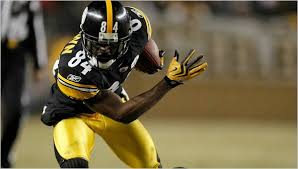 Steelers.com official training camp guide for your pleasure. Practice today at 255pmET and a reminder that the team is off on Tuesday.

-Despite surgery on his broken nose, wide receiver Justin Brown will still make the roster in my opinion.

-Confirming the most obvious thing since the sky was determined to be blue, Dick LeBeau says Ryan Shazier will start. (h/t Alan Robinson, Trib)

-The battle between punters Adam Podlesh and Brad Wing has still not happened yet. Podlesh has missed eight practices while being with his wife as she is expecting. At some point Podlesh is going to have show up. I still think the job is his to lose but at some point he has to show up with all due respect to his wife.