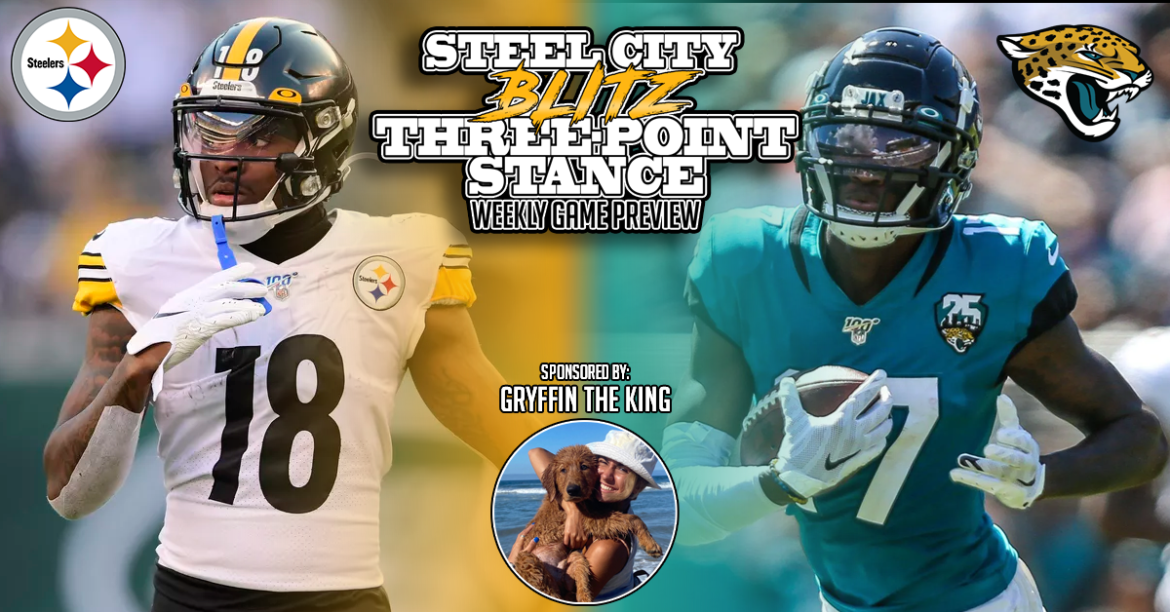 This is the Steel City Blitz Three-Point Stance. Your quick-hitting reference guide to everything you need to know about the Pittsburgh Steelers and Jacksonville Jaguars in this week 11 matchup. The TPS is sponsored by Gryffin the King!

What: Pittsburgh Steelers 9-0 at Jacksonville Jaguars 1-8

Last Week: The Jaguars lost 24-20 in a valiant effort in Green Bay while the Steelers put away the Bengals 36-10 at home in Pittsburgh.

Head Official: Scott Novak. He’s in just his second year a head official in the NFL. The last time the Steelers saw him was that early season game last year out in San Francisco, a 24-20 loss. In that game Novak’s crew had 11 penalties accepted.

This Week in the AFC North: Cincinnati at Washington 1pm, Philadelphia at Cleveland 1pm, Tennessee at Baltimore 1pm

What You Need to Know: All four AFC North teams are in action during the 1pmET window… Alejandro Villanueva has played in 89 straight games. Only one other tackle in the NFL has a longer streak… Nine teams have been 9-0 since 2007 and only the 2009 New Orleans Saints won the Super Bowl… This is the first time since 2007 that the Steelers have won their first five home games of the season…

What’s at Stake: The Steelers can move a step closer towards locking up the AFC North with a win and of course they keep their unbeaten record intact. Jacksonville is in interesting territory. At 1-8 they currently have the second pick in the 2021 Draft. Clearly, they’ve shown they are playing hard and playing to win but you can’t help but wonder if they’d like to ensure themselves of Trevor Lawrence.

The OBVIOUS. The Pittsburgh Steelers need to establish their running game. It started off well enough over the first 5-6 games but it has been in steep decline ever since. Sometimes you just have to stop worrying about technique and scheme and you look at the guy across from you and beat him. That’s what the Steelers need to do on Sunday. Sure, it goes further than that but there comes a time when enough is enough. Maurkice Pouncey and David DeCastro have to be the examples. The nasty attitude has to come back if this thing is going to get turned around.

Shut Down the Run. James Robinson has been a really nice surprise for the Jags. The undrafted free agent rookie is a traditional ‘on cut and go’ type of back that could give the Steelers problems if they don’t close lanes and the linebackers can’t fill. But… the flip-side here is that by shutting down the run you’re putting the game in the hands of likely starter and rookie QB Jake Luton. We know how well the Steelers traditionally do against  rookies but they can’t rest on those laurels. Shut down the rushing attack and then bring the pressure.

Spreading It Out. Yes the Steelers’ passing game behind Ben Roethlisberger just gets better and better and one of the biggest reasons is that Big Ben has been able to spread the ball around. His receiving corps has embraced this too. It doesn’t matter who makes the plays one week because it could be another guy the following week. From JuJu Smith-Schuster to Diontae Johnson to Chase Claypool to James Washington, these guys appear to just enjoy winning and don’t care who makes the plays. That’s a great sign for teams who have big goals.

Prediction: Two weeks ago the Steelers went to Dallas. It was supposed to be a blowout win against a first time starting QB and injury-riddled team. You know how that went. Now the Steelers come to Jacksonville against a team that has lost eight straight games. They have starters on both sides of the ball out and have little to play for. This is EXACTLY why we should all be concerned. Let’s also consider that the Steelers haven’t traditionally played well in DUUUUVAL either. But… this team has been different from the start and I think they understand they have a quick turnaround against their arch rival and looking ahead is a no-no. Take care of what you can now. 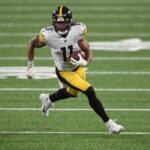