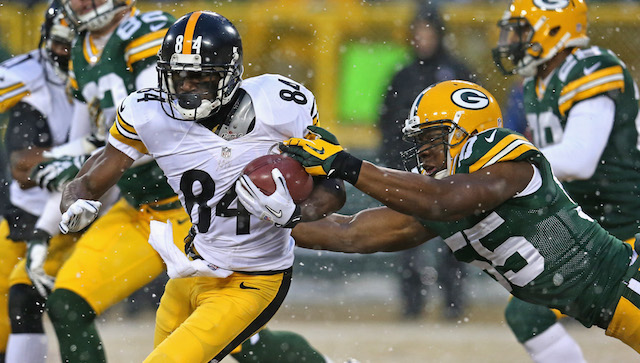 The Pittsburgh Steelers enter their third preseason game with an 0-2 record while the Green Bay Packers come in at 1-0 following a 22-11 win over New England.

When: 1pm Eastern (Note: this is a change from the original 8pm start.)

RabbleTV: I am not doing the broadcast this week. The Blitz Podcast is Tuesday at 8pm ET.

Trib-Live Steelers Black and Gold Pregame Show: I’ll be on with Michael Grau at 12:25pm ET

Game Notes: This is the first time the Steelers will be on the same field with Aaron Rodgers since their Super Bowl XLV loss. The two teams played in Green Bay in December of 2013 but Rodgers was injured at the time… This is the 10th time the two storied franchises will meet in the preseason but just the second time since 2000… The match-up also sees the return of former Steelers’ Defensive Coordinator Dom Capers who served in the same capacity in Pittsburgh in the early ’90’s.

What to Watch For:

The Steelers Defense. They will get their biggest challenge when the Packers’ offense takes the field. In last week’s game, they forced a three and out but were helped on third down by a dropped pass. That’s not going to happen with the Packers’ offensive weapons. Mike Tomlin said the veterans/starters should see a quarter of action. I’m not going to put a number on what will constitute a good showing but let’s just say they need to show a lot against one of the top offenses in the league.

The Steelers Special Teams. Despite what I hear from knowledgeable people, my own eyes tell me that Danny Smith’s unit is sub-par. They have to stop the big returns on both kick and punt coverage regardless of what players are on them. When the first rounds of cuts come on September 1st, the scrutiny of the special teams will get even worse. With so many guys fighting tooth and nail for jobs, I’d expect to see better play here. Hopefully we do.

The Cornerback Battle. I believe that while the Steelers still have two more games following this one, this game will likely decide the cornerback spots. I say this because the last two games are against Carolina and Buffalo. All due respect to Cam Newton and Tyrod Taylor, but they won’t give the CBs nearly the work that Aaron Rodgers will.

With Senquez Golson on the shelf for an extended period of time, he’s out of the picture. That leaves William Gay, Cortez Allen, Brandon Boykin, Antwon Blake, B.W. Webb, Doran Grant and Kevin Fogg. If the Steelers go with six CBs then that means just one has to go but if they go with five, the decision becomes very difficult.

If Grant and/or Fogg go on the practice squad it’s very likely they get picked up by another team. Fogg has had a really good camp to this point so I give him the edge but don’t forget about the special teams contributions as well. Stay tuned on this battle. 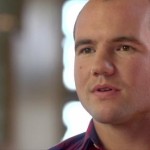 Chris Borland Needs to Get On With His Life’s Work 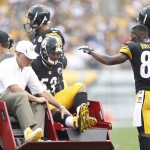 You talk about how Rodgers will be a test for the Steelers D, I counter you Marc with this question will McCarthy give the Packers 1st team offense a lot or a little amount of snaps? If Rodgers gets at least 1 quarter then I would agree with you however if McCarthy give Rodgers like maybe 2 series there won’t be to decipher from that. Remember it’s up to McCarthy to decide how much Rodgers plays. This should be a good game and I hope it will be cause I’m heading to the game, so I will literally have a good view of how the Starters and backups will play.

I’m going based on the premise that most teams will play starters extensively in the 3rd preseason game. Hoping to see Rodgers for at least four or five series.