Allow me to preface… it’s early. It’s still very early but if Mike Tomlin doesn’t have a problem with some of the issues that Training Camp has revealed then I don’t know what he’s been watching. Let’s start with the offensive line. We knew it was going to be a work in progress. We knew there would be ups and downs. But I’m not sure we knew it would be this ugly. Several players have been limited due to injury. The commonly thought of starting five – Chuks Okorafor, Kevin Dotson, Kendrick Green, Trai Turner and Zach Banner – have zero reps together. Again, I will beat the dead horse and tell you it’s early, but no one should be happy about the current state of this offensive line. Kendrick Green, a rookie, has been one of the more consistent performers despite a handful of poor QB-center exchanges. Dotson’s most recent practice saw him running with the second team and Okorafor missed yet another practice. This unit has to get healthy and must start working together. The other major issue is one none of us really care to discuss but there have been a ton of dropped balls and it isn’t just Diontae Johnson and Eric Ebron. Najee Harris has dropped some throws as has Chase Claypool and just about every other eligible receiver. I’m not going to launch a Congressional Investigation or anything but Tomlin can’t be pleased. This was a major, major problem last season as the Steelers led the NFL in dropped passes. The receivers are aware. They’ve been working hard on their craft along the sidelines throughout Camp using any number of drills to clean things up and let’s hope they do.

Tweet of the Day… A pretty serious four-some on the golf course yesterday.

Couple legends and a ? on the golf course today. @joehaden23 @_TJWatt @_BigBen7

I’ve been hinting at this for some time and while the “formal” announcement and first time on full video is still coming I can tell you this. We are now part of the brand new “The Pigskin Podcast Network.” We have joined podcasts that cover most of the other teams in the NFL to form this group. By September, our show will be full video but you’ll still be able to listen normally on your platform of choice without seeing our ugly mugs. 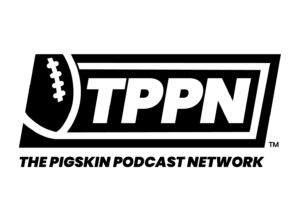 The Hall of Honor Grows

Over the weekend, the Steelers and President Art Rooney II announced the newest members of the Hall of Honor. I had some thoughts on all four deserving new members.

There is no question that Dwayne Haskins has played well during Camp and Mason Rudolph has been ‘so-so’ at best. While I know many are quick to anoint Haskins as Big Ben’s successor and the “new number two QB” but we have to get to some preseason action first. If Haskins continues to excel then yes, let’s have that conversation, but until then let’s slow down a bit… Former Notre Dame LB Jamir Jones is having a really nice Camp so far. Along with rookie Quincy Roche is also playing well, this is a position that may suddenly have gone from shallow to deep. Would they actually consider keeping five OLB’s? We shall see… Reports have been positive on rookie DL Isaiahh Loudermilk. Tyson Alualu called him a “young Cam Heyward.” He’s got a long way to go before he reaches that level but he’s been solid and doing everything a rookie needs to be doing… We saw James Pierre coming on as last season ended so we aren’t surprised he’s doing good things in Camp. If things remain as they are I think he’s a shoo-in for the roster… We talked about it several times during the offseason but I’ve got a feeling we are going to see more of Derek Watt on offense. Call it a hunch. 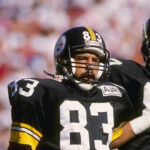