This coming Saturday the Pittsburgh Steelers will play their third preseason game and first at Heinz Field of 2018. This is not your ordinary week of preseason football though. The third week is traditionally the week where the starters get the most work. We have yet to see Ben Roethlisberger, Antonio Brown and several others but this should be the week we see them. I expect them to play a solid half if not more because the following week they will once again be in shorts and shirts on the sidelines. Will we see T.J. Watt this week? What about Vance McDonald who is apparently battling plantar fasciitis? What I’m looking for on Saturday is simple; 100% health. Knock the rust off, get in some quality reps and don’t get injured!! Easier said than done I know.

I felt very compelled to write this after seeing the ‘roughing the passer’ call in Minnesota over the weekend. I really do fear for the future of this wonderful game.

I’m very excited to tell you that we’ve opened up our new discussion boards here at SCB. You can jump and add your two cents to everything ‘Steelers’ to WPIAL talk. Keep it clean or we’ll run you outta here!

Tweet of the Day… Shaun Suisham and Chris Hoke. Hard to tell which one used to be a kicker!

From ESPN to the post-gazette, I keep seeing writers sing the praises of Dan McCullers. Sorry, I don’t see it. No offense to the young man but I don’t see much difference in him from last year to this year. I have a hard time heaping praise on a guy who was dragged into the end zone Thursday night by a running back 100 pounds lighter than he is.

I’m wasting my breath here but I’ll say it anyway. You can’t get caught up with a lot of what you see in the preseason in terms of game planning. Defenses are vanilla and offenses aren’t much different. The fact that the Steelers lost in Green Bay means very little to anyone in the organization.

About 20,000 people came into Heinz Field last night for Family Fest and there were no bigger cheers than those for Ryan Shazier. He continues to look better and better and is walking less without a cane. I don’t know that he ever plays again but I think he’ll be around the Steelers for a long time either way. 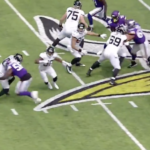 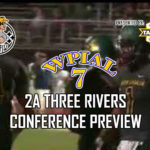