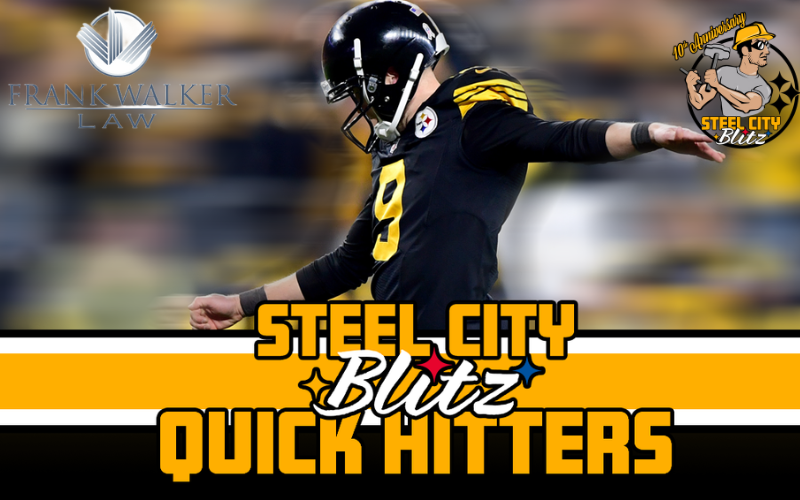 My age, maturity, wisdom and experience are all being challenged this morning. I’m trying exceptionally hard to not drop my hand as it hovers over the ‘panic button’ as this Steelers’ season unravels. In previous seasons, there were rebounds largely due to having a veteran quarterback who as we now see, probably covered up more warts than we ever imagined. This just feels different. The difference in depth talent yesterday between us and the Bills was scary. They were without two starting, all-pro safeties and a Pro Bowl inside backer yet all we could muster was three points. The defense couldn’t get any pressure on Josh Allen, who I’m quite certain booked a trip to Jamaica and did the dishes while also throwing the ball yesterday. The banged up secondary for the Steelers was no match for Allen or his receivers. The question must be asked? Why were their reserves so much better than ours? Is it as easy as just two franchises heading in completely opposite directions? The loss was the worst suffered by a Mike Tomlin-coached team and was the team’s worse since 1989. Does Mike Tomlin need to be fired? No, let’s not be that hasty. But he does need to address the two elephants in the room which are his coordinators. They are both HIS hires and are performing horribly. If, as he said yesterday, he is open to all changes then he needs to start now.

I actually found a couple of positives from yesterday’s debacle. First, it was good to see James Daniel defend his quarterback who took a lick (which wasn’t penalized) while he was sliding. Second, the quarterback himself got fired up after Shaq Lawson dove at his knees on a play that could have ended much worse than it did. Kenny Pickett wasn’t pleased, nor should he have been. It was a cheap shot. Lastly, why is Arthur Maulet, a guy cut and re-signed numerous times in his career, the one pissed off, embarrassed and showing some fire after the game in the locker room? I’m glad he cares. Too bad there aren’t any more that do.

Tweet of the Day… Yet our kicker gets free passes when he misses “because it’s windy.”

Tucker’s the best kicker I’ve ever seen. I never expect him to miss. It’s almost always right down the middle.

Kenny Pickett did not do anything to lose the game yesterday. In fact, he performed admirably in my opinion. His willingness to stand in the pocket was terrific and he was largely accurate when Matt Canada had him on the move early in the game. Did he throw bad balls and make some poor decisions? Absolutely. Josh Allen actually threw some bad balls yesterday as well. It happens to all quarterbacks. The one thing Pickett has to have in order to truly be successful is a running game and it just isn’t there. There’s no way he can spin it 52 times and be expected to win games.

I am now to the point where I’m concerned for Pat Freiermuth. He has now suffered three concussions in 20 career games. At some point he’s going to have to have a conversation with himself and his loved ones because with every concussion that comes brought with them are issues that last for life. I hate to see him continue down this road.

Looking Ahead. Waaaaayyyy Ahead.

I feel it’s a safe bet to assume both coordinators will be gone in 2023. I think it is also safe to bet that this roster will undergo a serious overhaul as well. They must get better on all three levels of the defense. You cannot continue down the road with Devin Bush and Robert Spillane at linebacker, the latter missing an easy interception when a short throw hit him in the ass. They need depth at OLB and in the secondary and defensive line must get better. Offensively, they have to get better at receiver. Diontae Johnson is an $18 million disappointment and Chase Claypool won’t be brought back either. In  other words, this team is just starting the rebuilding phase.

In light of the fact that many fans have taken to calling our new QB “Kenny F*&#ing Pickett,’ I’m excited to present you with this awesome new shirt from DC4L Custom tees!

On and Off the Field, The Pittsburgh Steelers are a Mess