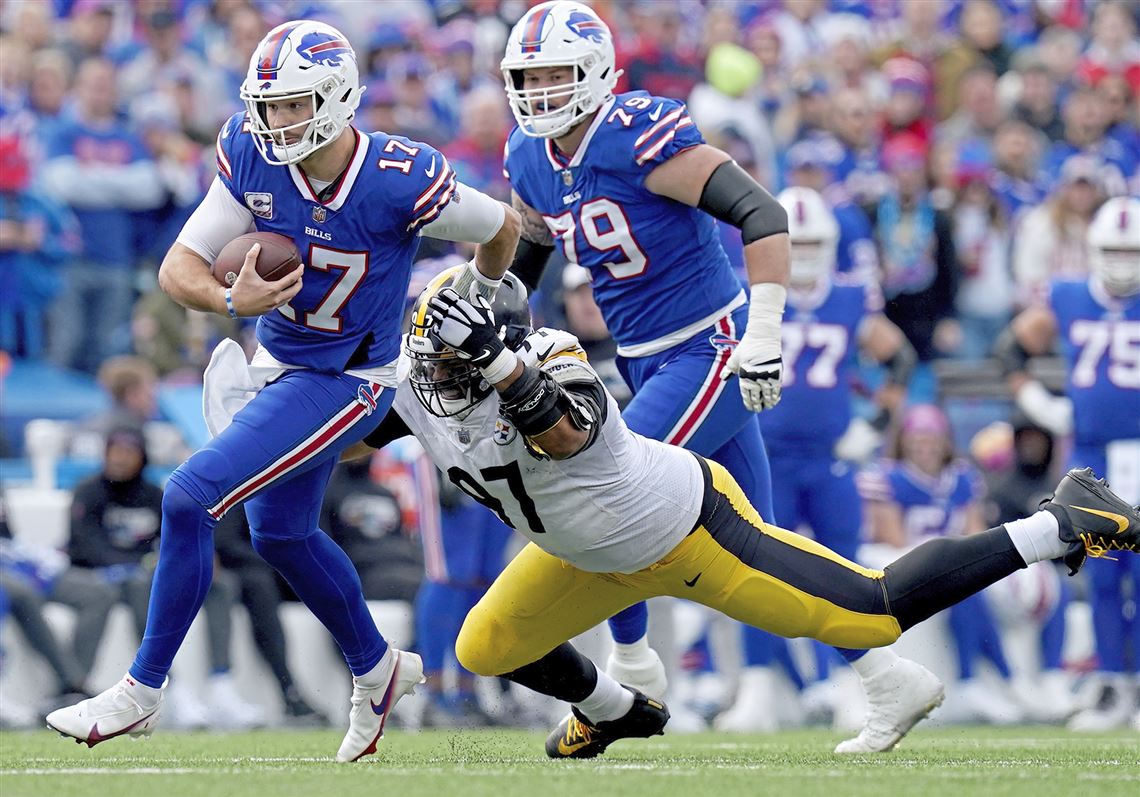 -One of the surest signs an offensive coordinator is in over his head is when the first drive is productive. There are wrinkles added and the use of your best players’ assets are utilized. But the succeeding drives are crap because the defense has adjusted but the OC can’t. This my friends is Matt Canada.

-Dionate Johnson is overpaid. He drops way too many balls for a guy making $18 million per season.

-Conversely, George Pickens (6 Rec 83 yards) has the “dog” in him that you want your receivers to have. Chase Claypool and Diontae Johnson don’t possess it. It’s the ability to use your arms and length to take the ball away from anyone else literally anytime you want to.

-If Pat Freiermuth does in fact have another concussion then that makes three in less than a season and a half. He is going to have to start wondering how much longer he’s going to do this.

-Kenny Pickett (34/52 327 yards 1 pick) was not even one of the top ten reasons for the loss today. He played very well for a rookie making his first start especially in that environment. There’s no way you can expect the young man to throw 50 plus times like this. The lack of

-Najee Harris (11 carries 20 yards) is a shell of what he was last year. I really don’t have an explanation for it. He just doesn’t seem to hit holes and often jump cuts more ‘into’ traffic then away from it.

-The offensive line was decent today in pass protection and I think they are coming along in run blocking but it’s not good enough and they know it. Harris’ inability to hit holes has to be troubling for them too.

-I continue to be impressed with the improvement in Zach Gentry as a receiver. No, he isn’t a ‘tight end 1’ but he’s a nice #2 option.

-Cam Heyward deserves better. I honestly hope the Steelers trade him to a contender so he has an opportunity to play for a title. It’s not going to happen in Pittsburgh. He works his ass off, hustles and plays hard every single play. I really do feel for him.

-Demarvin Leal is playing way more than I ever thought he would in his rookie campaign. Part of this is due to injuries to T.J. Watt, etc but he’s played pretty well so far.

-It’s really easy my friends, when this defense can’t get pressure the secondary is at risk. We saw this again today.

-I have no idea why on third and long with your opponent back up to the goal line, you go man to man and bring your best player Minkah Fitzpatrick up to the line and then not have him rush. Makes zero sense to me.

-Devin Bush has regressed right back to where he was last season. His play the last couple of weeks has been sub-par.

-Cam Sutton and Levi Wallace both the left the game with injuries as did Larry Ogunjobi. When it rains it pours I suppose.

-Chris Boswell is getting too many free passes. He’s missed as many field goals as he did all last year. “Yeah but the wind!!” If you want to be compared to Justin Tucker then make your kicks.

-I don’t understand how Steven Sims wasn’t able to return the first kick because of an eye injury yet he played the rest of the game after that. Thankfully James Pierre’s muff didn’t cost the Steelers points.

-You know and I know that Mike Tomlin isn’t getting fired now or even after the season. That doesn’t mean his seat shouldn’t be warm. He brought in both of the coordinators has and both have failed miserably to this point.

-The name ‘Brain Flores’ has not been uttered much lately. I’m curious as to why.