Happy Wednesday wherever you are Steelers’ fans!

Most thought yesterday would be the day that NFL Commissioner Roger Goodell would step from his lofty perch and reinstate Steelers’ wide receiver Martavis Bryant. No such thing occurred and now we are left to wonder just when, and if, Bryant will be back with the team. I’ll say this; if the Commissioner waits until after the draft to reinstate him then there should be no shortage of hate mail sent to him.

REMINDER: The SCB Podcast will air tonight at 930pm Eastern rather than the usual Thursday slot. We will be discussing EDGE rushers and cornerbacks exclusively.

I did a Draft Journal yesterday on Michigan’s Jabrill Peppers.

Here are the new rules implemented for the 2017 season. Link courtesy footballzebras.com which I highly recommend. This game looks nothing like the one I grew up with that much I know.

Tweet of the Day… I totally agree with our friend at BTSC.

No throwbacks for the #Steelers this year, and that is no problem at all for this BTSC editor.https://t.co/vnatDZxxqd

This new rule prohibiting a player from jumping over the line of scrimmage in an attempt to block a PAT or field goal doesn’t sit well with me. The ruling claims ‘player safety’ as the issue. Here’s my question; what caused more injuries? Smashing the center’s head into the ground or jumping over him?

Steelers’ Team President Art Rooney II says the League needs to address relocation policies. (Link courtesy post-gazette.com) He worries this could happen too much and I tend to agree.

Goodell announced yesterday that he will attend the Patriots’ opening night game in Foxboro. That’s his first visit since Deflategate. I couldn’t care less.

Keep an eye on Iowa tight end George Kittle. He had a very nice Combine and then had an even better Pro Day this past week. He was a sleeper that’s no longer a sleeper. 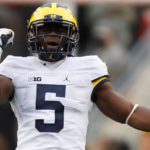 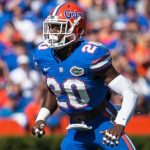