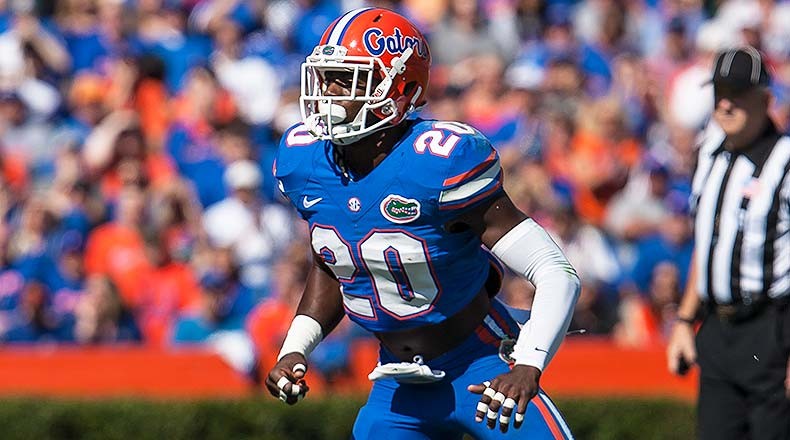 Despite the Pittsburgh Steelers being in desperate need of help at pass rusher and cornerback, the safety position continues to get a good amount of attention. Today I’m looking at another guy the Steelers have met with in Marcus Maye.

What’s to Like: Versatile… Plays in the box or deep as a center-fielder… Tackles with shoulders… Reads the play pretty well as it develops… Communication with defense is solid; constantly making sure guys are in position… Not a ball-hawk but tends to be around it more often than not… Not afraid of contact at all; physical player… Goes East and West quickly… Solid build on this kid…

What’s Concerning: Has a tendency to over-run the ball carrier…  Has to get his head up when tackling; drops it way too much for my liking… Some concerns with coverage skills… Doesn’t always look comfortable tracking receiver or the ball… Doesn’t get himself flipped around quickly enough… Going backwards there is some doubt and hesitation…

The Verdict: There is no question why Steelers’ Head Coach Mike Tomlin met with Maye this week in Florida. He’s a versatile safety who can play in the box and deep. I think he’s significantly better coming forward than he is going backwards which is a concern especially on play-action. His tackling improved from 2015 to 2016 but there are still some fundamental issues that need to be cleaned up. He looks like a Steelers’ defender to be honest with his build and physical play. Has experience with one deep and two deep looks and obviously in the box as well. I think Maye is a guy that would be very attractive to the Steelers but not in place of an EDGE rusher or cornerback. Those must be addressed first.